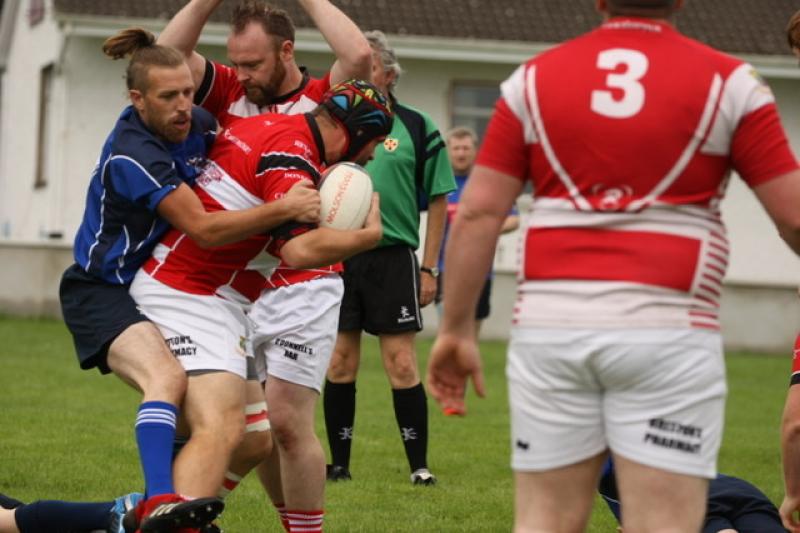 Donegal Town RFC have the bragging rights in south Donegal after their win over Ballyshannon RFC in the pre-season Francis Dinsmore challenge at the Holmes on Saturday.

With the league games commencing in two weeks's time, this game was used by both clubs are good preparation. The experience of the home side was probably the deciding factor.
The vital scores came for the home side in the first half as they held a vice-like grip on affairs for most of that period.
They also benefited from the deadly boot of Petso Cannon as he converted three penalties in the opening 20 minutes, all coming about through pressure that led to Ballyshannon being under severe pressure.
When Donegal Town got in for the first try after 27 minutes it looked as if this game was done and dusted. They had won another penalty but from just outside the five metre mark, they elected to go quickly and Declan Bushell got over to touch down. Cannon added the conversion for a 16-0 lead.
Eight minutes before the break Ballyshannon got their only score of the half, when Donegal were penalised in a ruck and James Cleary found the range.
Cleary added another penalty just three minutes into the second half for Ballyshannon, who had the stiff breeze at their backs in the second period.
The fat was back in the fire when Ballyshannon got in for a try on 50 minutes. It came about after a scintillating break by full-back Oisin Kerr and when he recycled the ball, Alex Boyd was on hand to get over in the corner. James Cleary was just wide with the conversion.
The score ruffled Donegal Town but they got back in control on 55 minutes when after a number of charges at the line, Ryan McNulty had the space to get over in the corner. The conversion was missed.
Cleary had two other chances from penalties and again was just marginally off before Donegal Town closed out the game in the final play as they ran another penalty close to the line and Daniel Gildea got the touchdown with Cannon adding the points.
Afterwards the the Francis Dinsmore Memorial Trophy was presented by Charlie McGinty of Donegal Town RFC to Donegal Town captain Daniel Gildea. 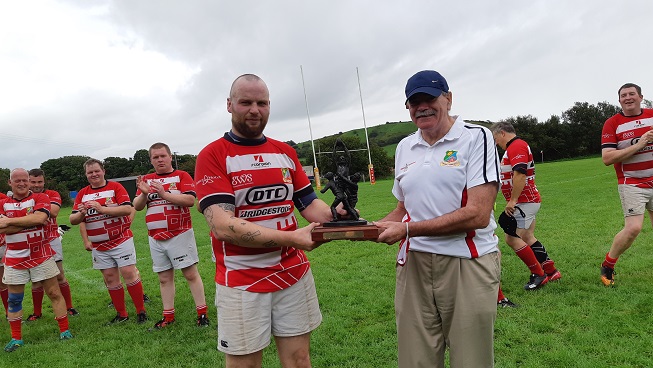