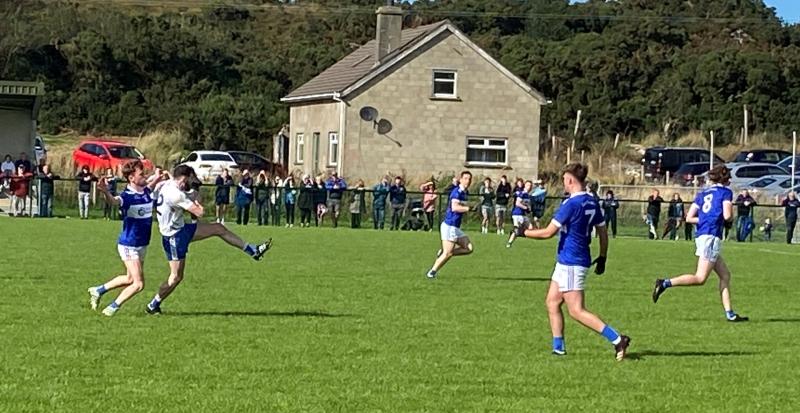 Cloughaneely were staring down the barrel at half-time at Páirc Uí Shiadhail against Gaeil Fhánada before coming good in the third quarter to get their IFC quest back on track.

The Falcarragh-based team, beaten in week one by Naomh Columba, were 1-8 to 0-5 behind at the break, with the hosts in Portsalon having netted on 28 minutes through Ryan McGonigle.

Cloughaneely’s appeal to James Connors that Michael Fitzgerald was grounded in the build-up fell on deaf ears, with the match referee explaining to the visiting bench that seeing it wasn’t a head injury there was no necessity for him to call a halt.

However, 11 seconds into the second half, Killian Gallagher, who was only introduced for the second period, set the tone for the comeback. The substitute would score three in all, with John Fitzgerald’s form also a catalyst in the Cloughaneely victory, with 1-6.

Fitzgerald scored a 36th minute penalty after Johnny Friel took down Blake McGarvey to take Cloughaneely back to within a point.

Gallagher and then McGarvey pointed and from being six down at the interval, Cloughaneely were suddenly in front, 1-9 to 1-8, eight minutes later. Three Fitzgerald points, two frees and one from a patient build-up that lasted over two minutes made for a 1-12 to 1-9 advantage at the second water break. 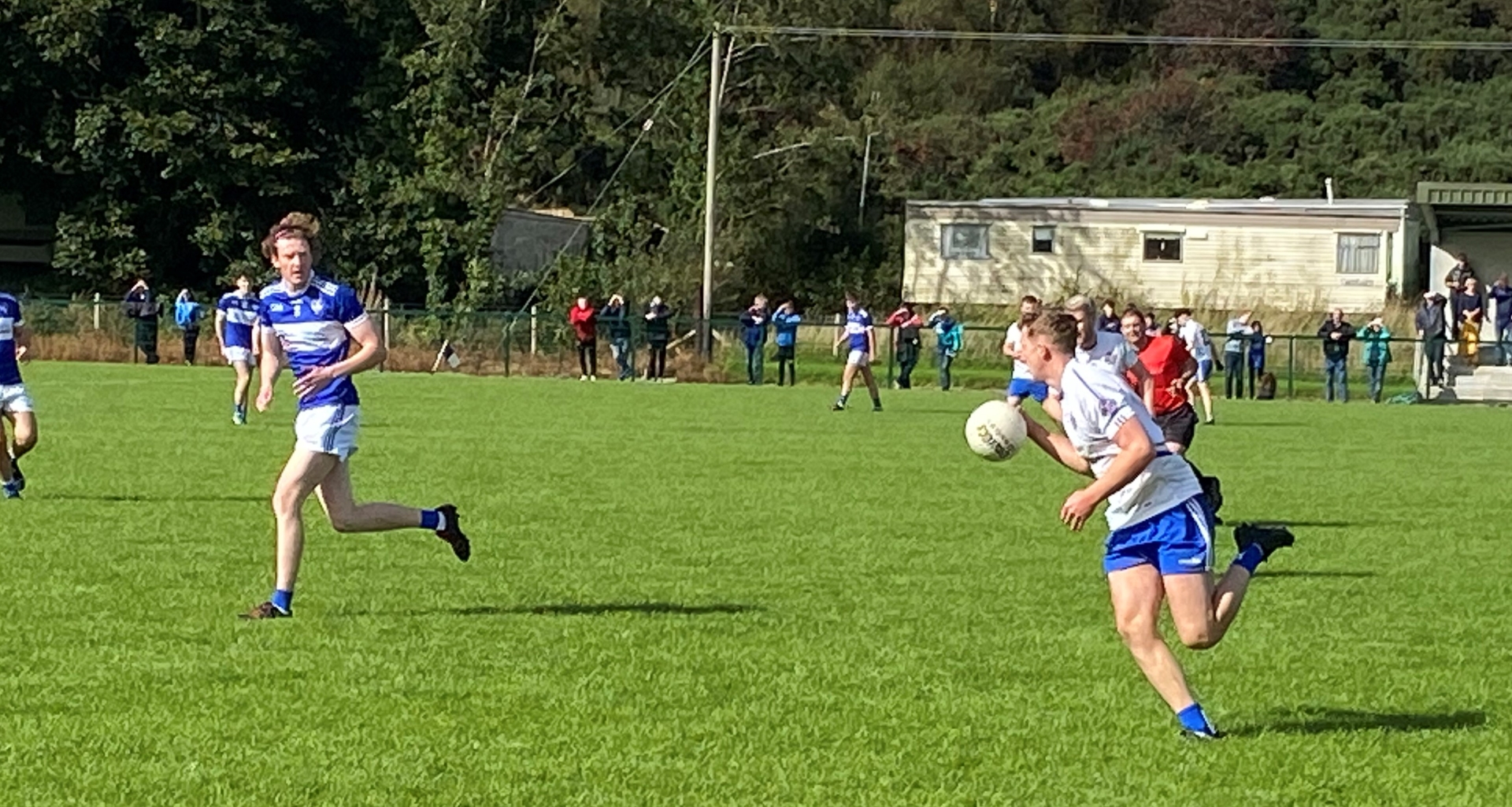 Aidan McAteer’s side weren’t done yet. McGonigle, just before the halt in play, made two excellent blocks in quick succession at the feet of Blake and Declan McGarvey to show they’d not be giving up without a fight.

With Michael Sweeney not fit enough to start and only thrown on in hope late on, the home team were still in it, with Bernard McGettigan scoring two points as time wore thin with Cloughaneely down to 14 with Conor Coyle black-carded.

But with Gaeil Fhánada centre-back James Gallagher given a straight red for striking and Fitzgerald popping over a free in the depths of injury time, it meant an away win.

In that first half, it looked as though Gaeil Fhánada were about to go two from two, following their victory over St Mary’s last week. Cloughaneely were minus the long-term injured Kevin Mulhern with Jason McGee also unavailable due to a back injury. The hosts were patched up with Sweeney a substitute and Paddy Carr, Jimmy Coyle and Seamie Friel all out.

Organised and tigerish at the back, Eoghan Carr and Mark McAteer were doing damage up front for Gaeil Fhánada, with Darren McElwaine scoring the point of the day to make it 0-8 to 0-5 from a ridiculously tight angle. Beforehand, both goalkeepers had made top-class saves.

Paul Sweeney’s slap at goal was brilliantly stopped by Shaun Friel with Shaun Maguire picking up the loose change to knock over and on 36 minutes Darren Ferry’s soccer-style effort was also saved by the home goalkeeper.

At the other end Shaun McClafferty in the Cloughaneely goal made a point-blank stop from Carr.