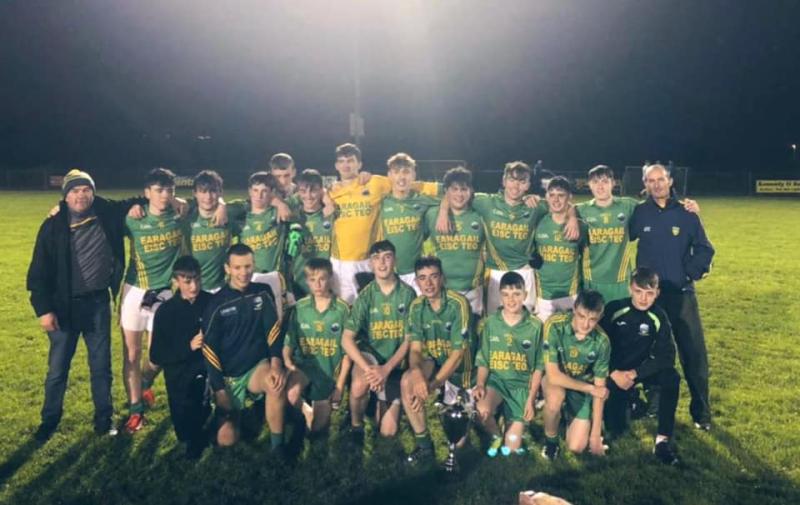 Naomh Columba edged past St Naul’s in an exciting Southern Division 2 U-17 final in Ardara this evening.

It was the side from Mountcharles who looked the most likely early on as they ran into a six-point lead at one stage, with both their opening scores being goals - Niall Prenderville and Declan Duignan the scorers.

That made for a 2-3 to 0-3 lead after 26 minutes, with Michael and Shane Callaghan and Aaron Byrne scoring for Naomh Columba in the first half, after which they trailed 2-3 to 0-5.

A goal in the first minute of the second half for Michael Callaghan, who would score 1-5 in all, boosted Naomh Columba’s hopes, although a third goal for St Naul’s courtesy of Duignan meant a cushion of 3-5 to 1-9 by the 40th minute.

Aaron Byrne netted to bring Naomh Columba back to within a point on 44 minutes, 3-5 to 2-7 down and Michael Callaghan’s free meant it was level at the water-break, 2-8 for Naomh Columba to St Naul’s 3-5.

Darragh Cunningham’s goal for Naomh Columba finally put some daylight between them two minutes into injury time although a spirited St Naul’s grabbed a fourth goal to through Prenderville leave a nervy finale.