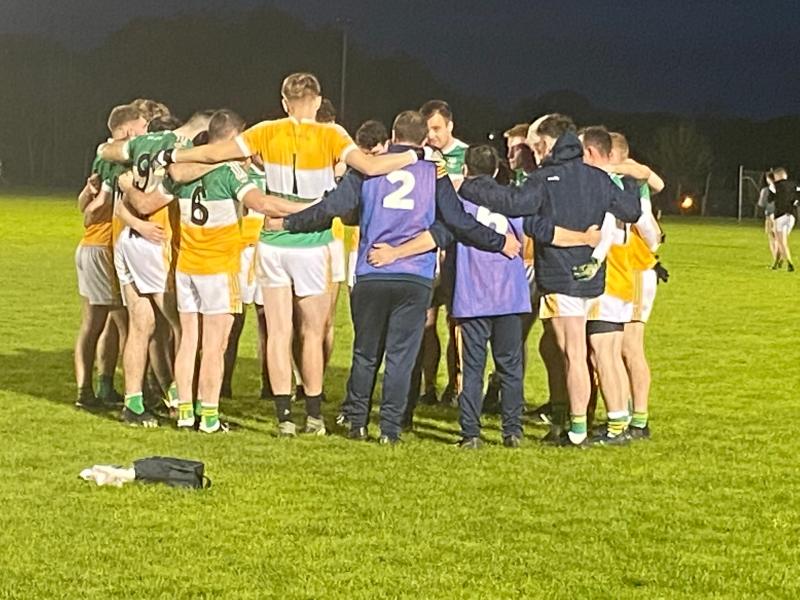 Losing isn’t something Buncrana are too familiar with this season but after last week’s reversal at Naomh Columba’s hands they had to get back on the horse this evening.

After a flawless Division 3 campaign, Duffy’s team managed that against St Mary’s from Convoy, thanks mainly to a much more incisive showing in the second period having been made chase by the locals.

Darach O’Connor’s goal was a perfect example of their capabilities when attacking at speed following a neat give-and-go with the energetic Oisin Crawford on 39 minutes to make for a 1-7 to 1-5 lead. They stayed ahead from then on.

St Mary’s, winners against Burt last time out, had grabbed a goal as early as the third minute, with Peter McLaughlin - the Buncrana midfielder - getting a deflective touch to a Joe McGill free with Liam Toye in the vicinity.

McGill added a point and with Paddy Dolan scoring a long-range free and substitute Peter Blake - on for Paul O’Leary left the field in a sling following a shoulder injury - kicking two good scores, it was 1-4 to 0-5 for the home team at half-time.

Buncrana had scored points from Odhran Doherty, John Paul McKenna, McLaughlin, Aeden Stokes and a Caolan McGonagle free. O’Connor almost grabbed what would’ve been a freak goal when he took a pop at a point and Liam Mailey misjudged the dropping ball and was relieved to see it hit the base of his post.

Mind you, Convoy might’ve had a goal through Anthony Browne before only Sean Parker; was in the right place when the ball came back off his crossbar from a Conal McDermott effort.

There certainly was more urgency from Buncrana in part two and Ryan McElhinney and a 45 from goalkeeper Parker brought them back to within one with a 45, before O’Connor’s goal swung the tide.

O’Connor pointed again and Convoy finally opened their second half account right before the water-break with a John Doherty effort that was awarded by the linesman. It was 1-8 to 1-5 with the final quarter remaining.

Buncrana had a couple of penalty shouts turned down, with Crawford and McGonagle the players involved. A McGill 45 and then a Browne point took Convoy back to within one but they lost John A Kee to a black card late on and Odhran Doherty and Crawford scored late to ensure victory for the Inishowen side.