St Eunan's manager Kavanagh: 'It’s about the squad and giving everyone a chance' 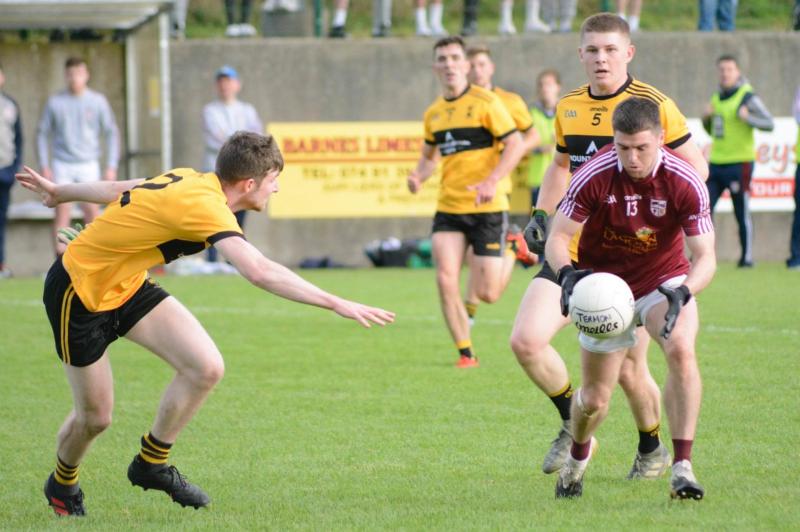 Daire McDaid of Termon on the ball with Kieran Tobin and Aaron Deeney in close attendance. Photo Chloe Callaghan

St Eunan’s manager Rory Kavanagh made seven changes in personnel from the first round defeat to Kilcar for Saturday’s clash with Termon.

The 2012 Donegal All-Ireland winner insisted the team he selected had nothing to do with the Kilcar defeat. And he also insisted it was not a case of players carrying knocks or bruises.

St Eunan’s ran out winners on a scoreline of 2-11 to 0-8 with Eoin McGeehin and Mulgrew grabbing late goals.

“It is about the squad and trusting your squad,” insisted Kavanagh.

“We wanted to give championship minutes to a lot of players that were going well in training and that is what it is about.

“That game away in the Burn Road today will stand to those players that got the chance today. Coming through a real tough encounter when there was not a lot between the teams in terms of scores.

Niall O'Donnell, his younger brother Shane as well as Eamonn Doherty, Darragh Mulgrew,Padraig McGettigan, Anthony Gallagher and Peter McEniff were the players who did not start.