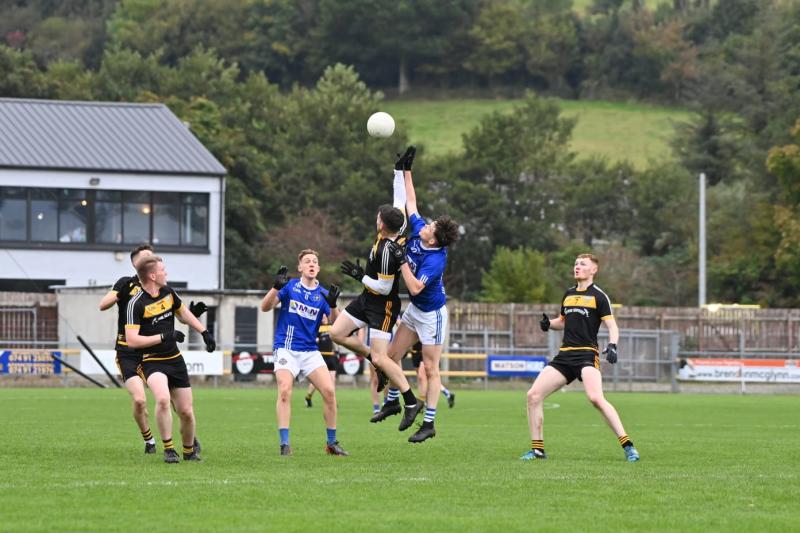 Cloughaneely made sure of their place in the semi-finals of the Donegal IFC with victory over Malin in the rain at O’Donnell Park.

The Falcarragh-based side were competent from start to finish against the team from Inishowen, despite having to stave off a succession of goal attempts in the final stages.

Michael Lynch’s team have lost each of the last two finals - to St Naul’s and Aodh Ruadh respectively - and are now on the cusp of a return to the showpiece, with Gaeil Fhánada and Buncrana on their half of the draw.

In Letterkenny, they weren’t at their best but did more than enough, with Paul Sweeney and Jason McGee each posting three first half scores apiece to set up a 0-6 to 0-3 lead for a Cloughaneely team who were without John Fitzergerald, out with an ankle ligament injury, as well as longer-termers Shaun Curran and captain Kevin Mulhern.

Malin’s Josh Conlon was lively up top, scoring two lovely first half scores, either side of a Colm McLaughlin point. The trend of the first half continued into the second half. In a peculiar contest that didn’t really catch fire at any stage, Cloughaneely were comfortable in maintaining their advantage.

McGee, Conoy Coyle and Darren Ferry’s points doubled the advantage from three to six, with Conlon the only Malin scorer in the third quarter. The placement of Seamus Houghton inside did give them something to aim at, with goalkeeper Daniel Mullarkey advancing out the field to bomb it in on a couple of occasions. Cloughaneely were 0-9 ahead at the second water break

Kieran McColgan did burrow his way through in the 47th minute and on an afternoon of few goal chances at that point, he did well to create even half one for himself. However, Shaun McClafferty in the Cloughaneely goal gathered easily. Blake McGarvey popped over two marks.

Malin, with time thin on the clock, went for goals late on and substitute Ciaran Scanlon had to block a goalbound shot from Conlon and McClafferty, at full stretch, kept out a Christy Fildara McLaughlin shot, which ended up over the crossbar. Michael Fitzgerald also got in the way of a Paul Fildara McLaughlin belter.

Terence Doherty then had a go, with McClafferty and Fitzgerald this time getting in the way of the shot. One thing no Cloughaneely supporter could complain about was their desire, on a spluttery day, to keep their clean sheet.