The goal took Naomh Conaill into a position of control and from the moment he struck gold they never looked in danger of being reeled in.

Under the glow of the MacCumhaill Park lights, it was an outing that saw Naomh Conaill deliver an emphatic message to anyone doubting their powers.

Martin Regan’s team are now unbeaten in their last 23 games in all competitions, their last defeat coming against Kilcoo in the 2019 Ulster club final.

The margin was wider than many predicted, but Naomh Conaill, who still aren’t operating at full-strength, were well worth their five-point win, which tees up a crunch clash with Kilcar next weekend.

The teams were deadlocked, at 0-2 apiece, when Anthony Thompson sent Mac Ceallabhuí on his way. Mac Ceallabhuí scuttled his way down the left channel and kept his composure to fire a low shot past Christopher Sweeney.

Ciaran Thompson curled over a free before Ultan Doherty’s fisted point left Naomh Conaill 1-4 to 0-3 in front at half-time.

It was something of a slow-burner to begin with, Donal Mac Giolla Bhríde opening the scoring for Gaoth Dobhair in the ninth minute.

Odhrán Mac Niallais doubled the lead three minutes later, but the Maghergallaon men wouldn’t score again until the 31st minute when Eamonn Collum tapped over a free. Gaoth Dobhair misfired at times and will certainly have left feeling as if they could have done more.

Mac Ceallabhuí got Naomh Conaill off the mark in the 14th minute, delightfully firing over off the outside of the boot.

Kevin McGettigan profited when Charles McGuinness managed to retain possession in spite of the close attention of a trio of Gaoth Dobhair defenders. McGettigan’s point had the teams level, 0-2 apiece, at the first water break. 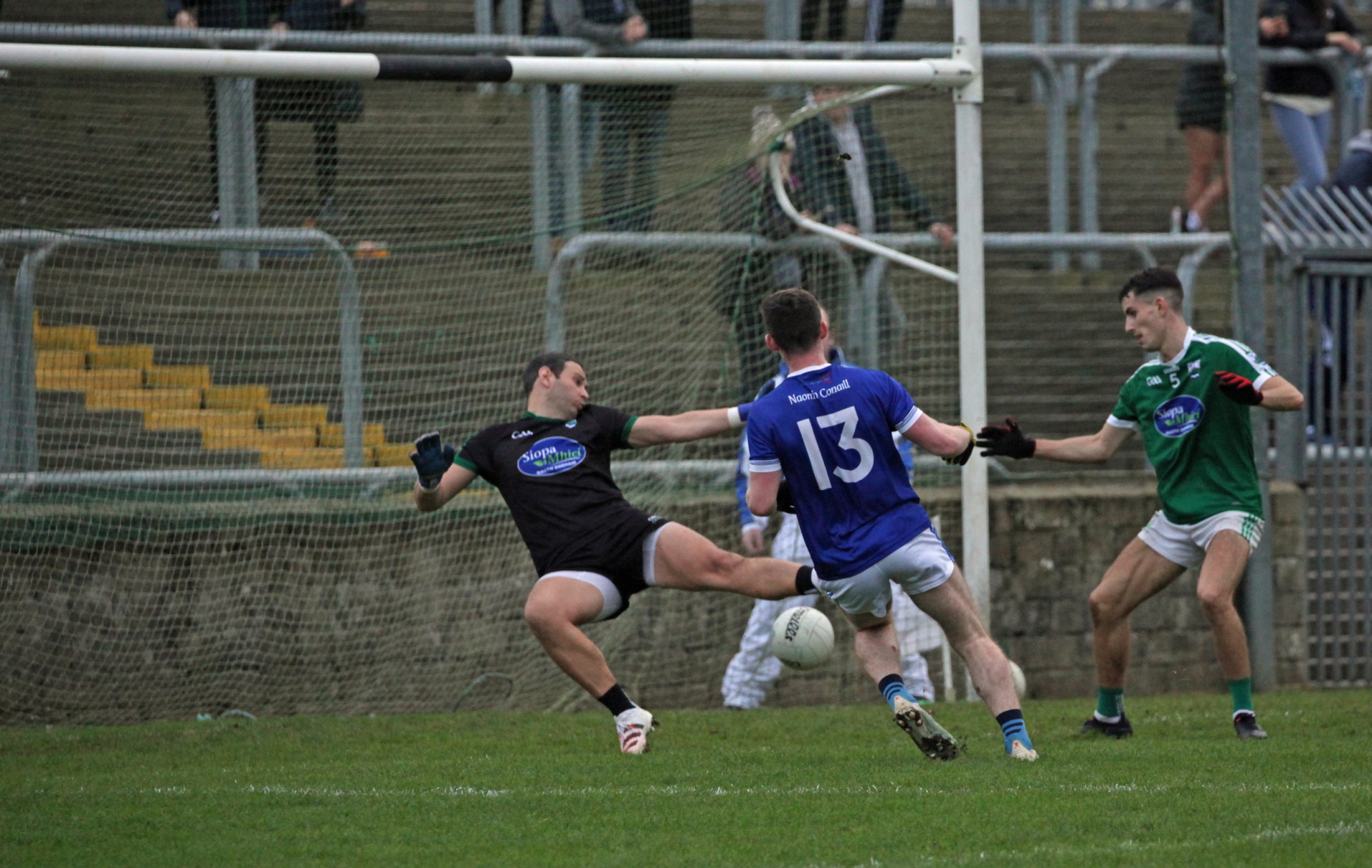 When these sides met in the 2019 SFC final, it took three games to separate them. Even then, there was just the kick of a ball between them, Naomh Conaill prevailing 0-8 to 0-7 and dethroning the then reigning Ulster champions.

When Mac Ceallabhuí arrowed into the Town End net, there was an ominous feeling about it all. In the closing minutes of the first half, Gaoth Dobhair called on the experience and power of Eamon McGee, who has been absent because of injury recently, in a bid to get back into the contest.

Eoghan McGettigan’s cruciate injury, sustained in the lead-up to the 2020 SFC final in August, left Naomh Conaill without one of their marquee players for this campaign.

Dáire Ó Baoill reduced the arrears with the first point of part two, but Naomh Conaill’s response was swift, Ciaran Thompson registering from the next attack.

A brace from the excellent Eunan Doherty stretched the margin further before Anthony Thompson kicked them into a 1-8 to 0-5 when the mentors reached into the basket for water again.

Naomh Conaill have possession of Dr Maguire - and their fingers won’t be easy prised off the silverware.