Earagail Arts: A magical summer festival with something for everyone 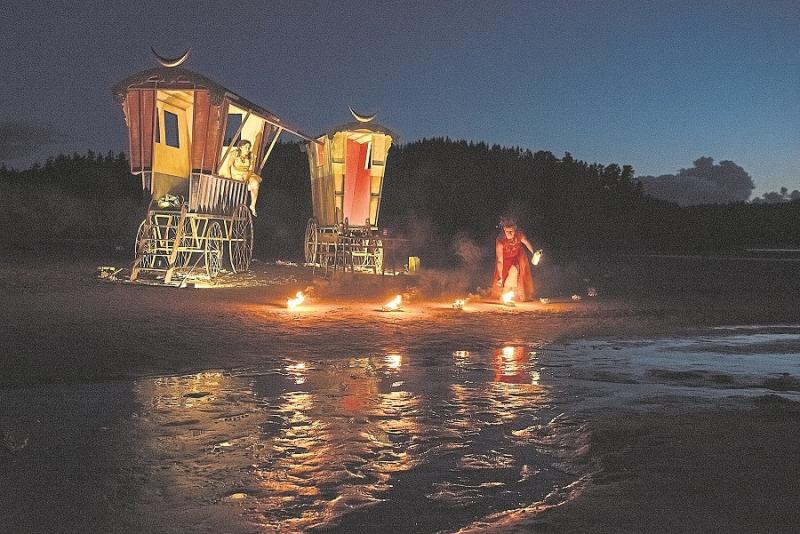 Earagail Arts Festival is a three-week celebration of music, theatre, visual arts, film, literature, circus and carnival that will celebrate its 30th year in 2018.

Running in July each year, the festival is one of the flagship Donegal events along the Wild Atlantic Way and has something for everyone, from family and outdoor events to theatre, workshops and music from all corners of the world.

The launch of this year’s festival included a special performance by Donegal’s own, The Henry Girls. The three sisters opened the festival with a unique five-day interactive residency which includes songwriting workshops, cultural and culinary tours, traditional pub sessions and three very special concerts.

Other highlights of the 2017 edition of Earagail Arts Festival included Femi Kuti & The Positive Force, The Selecter & Don Letts, Circus Raj, Ponydance, Kindur, Aon, Pat Kinevane’s Silent and an extensive visual arts programme across Donegal on the theme of architecture.

“Earagail Arts Festival is a multi-cultural festival that celebrates diversity and culture and it has grown to become one of the biggest arts festivals in Ireland,” he said. “Throughout the month of July, people from around the world will travel to our most northern county and will have the opportunity to experience some of the best homegrown and international artists while exploring the wilderness of the Wild Atlantic Way.

“The Earagail Arts Festival features a rich assortment of music, dance, arts, circus and entertainment on several stages across Donegal for people of all ages to enjoy. Take the time to come home, connect and enjoy this brilliant festival,” he said.

Speaking ahead of this year's festival, Festival Director, Paul Brown said, “As an advocate for a shared cultural experience, over 29 years Earagail Arts Festival continues to celebrate diversity, the exchange of ideas and a global freedom of expression of movement.”

He referred to a trio of solo dance works in this year's festival, “each characterised by their own striking personality – from a new commission by Ponydance inspired by the people of Inishowen to the world premiere by Riverdance lead dancer Breandán de Gallaí to the award-winning Oona Doherty’s Hope Hunt.

“With the extension of dates to include an immersive new residency by The Henry Girls, the 29th festival commences in full with a weekend of street arts in Malin complimented by music from Cinematic Orchestra’s alumnists The Breath, Northern Irish rising star Ciaran Lavery, and the Afrofunk of the legendary Femi Kuti,” Mr Brown said.

“To round off this year’s proceedings we continue our partnership with the Swell Festival with two days of psychedelia, electronica, contemporary Scottish/Irish Gaelic and American ragtime on The Mountain Stage out on the western reaches of the Wild Atlantic Way.