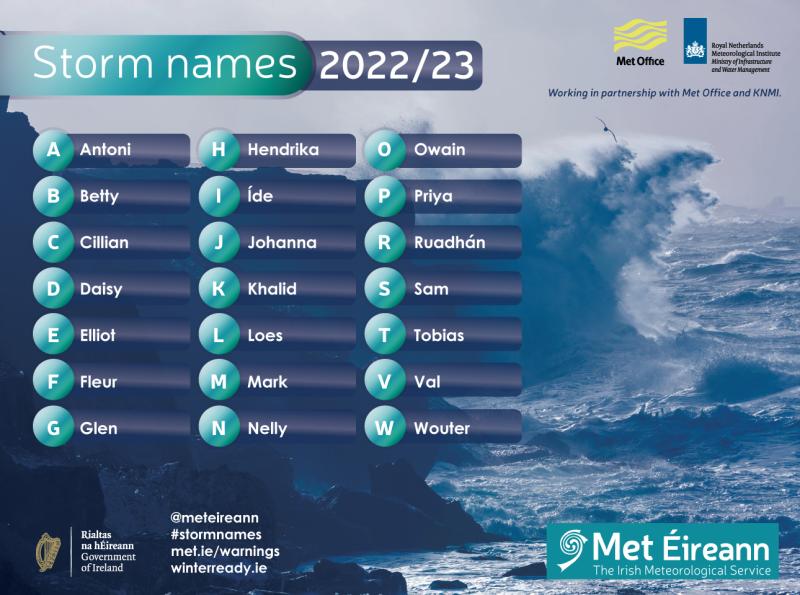 The new list of storm names for the 2022/23 storm season has just been released and will likely become a familiar part of the winter landscape, especially as the full effects will be combined with soaring energy bills, in the months ahead.

Similar to previous years, Irish, British and Dutch weather services have contributed names suggested by members of the public.

Met Éireann along with Met Office and KNMI, the national weather services of the UK and Netherlands, continue their storm naming partnership that began in 2014.

Since 2014 Met Éireann and the UK Met Office have been working together in a Storm Names partnership to help raise awareness of the potential impacts of severe weather and were joined by KMNI in 2019.

Storms are named when they could cause ‘medium’ or ‘high’ impacts in one of the partner countries and help provide consistent, authoritative messaging in times of severe weather.

The Met Service that expects the severe weather to hit most, names the storm generally in conjunction with Orange/Red warnings. These warnings could be for wind, rain or snow or a combination. 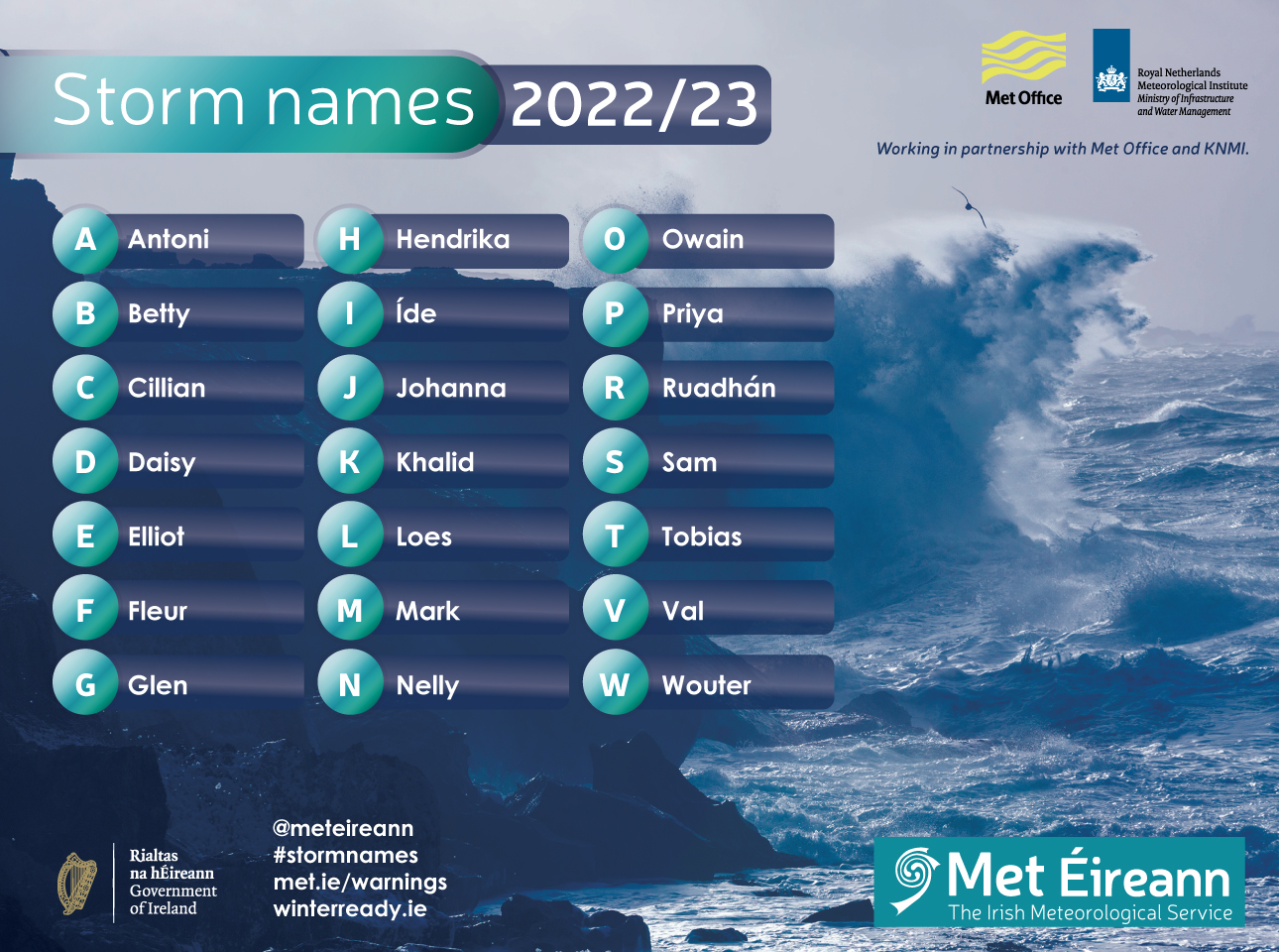 Other groups in Europe also name storms and when any National Met Service names a weather system all other Met Services keep that name. This includes ex-hurricanes as named by the National Hurricane Center in Miami such as Charley (25th August 1986) and Ophelia (16th October 2017).

She said: ‘The annual unveiling of the new storm names on the 1st September creates greater public awareness and, crucially,  during the winter when a storm is named for its potential Orange/Red impacts, it creates a more impactful public ‘call to action’ helping to save lives and property.

Bernard O'Connor was arrested back in January 1977, was interrogated and suffered inhumane suffering before before being handed ready made statements to sign for multiple atrocities that he did not commit. Later exonerated by the courts in a civil action, it is a tale that only found its feet during Covid

During past storms, the public have responded positively to the advice given by experts and this new roster of names will help us to continue to mobilise everyone to ensure we all work to minimise the effects of future events.”

The timing and location of the occurrence of extreme weather can significantly affect the impact which it may have on society, or on the economy. In any individual weather event, not every location in the warning area may experience the same degree of weather or impacts. When severe weather is expected, weather and impacts at lower levels are also likely to be experienced. The type and amount of impacts can be strongly affected by previous weather conditions.