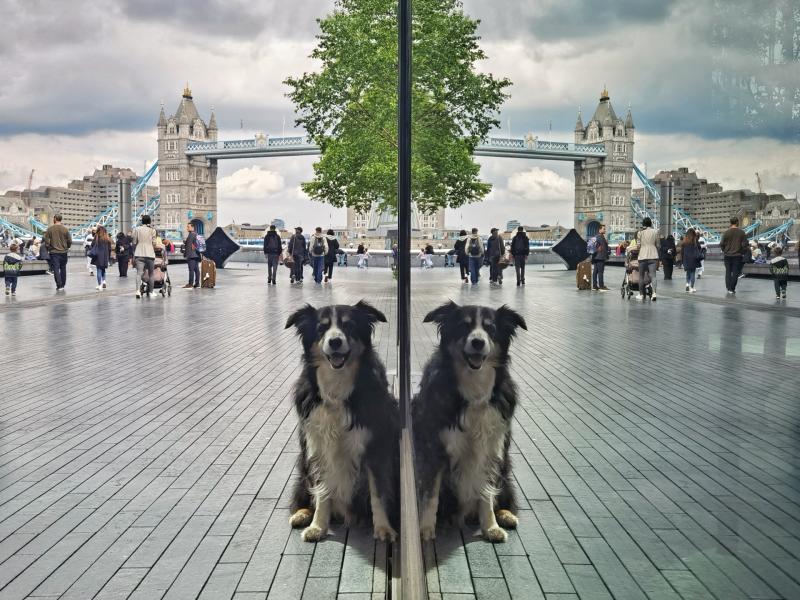 I first emigrated to London when I was 15 and lived in Holloway, North London and worked on Clapham Junction Railway Station in South London. 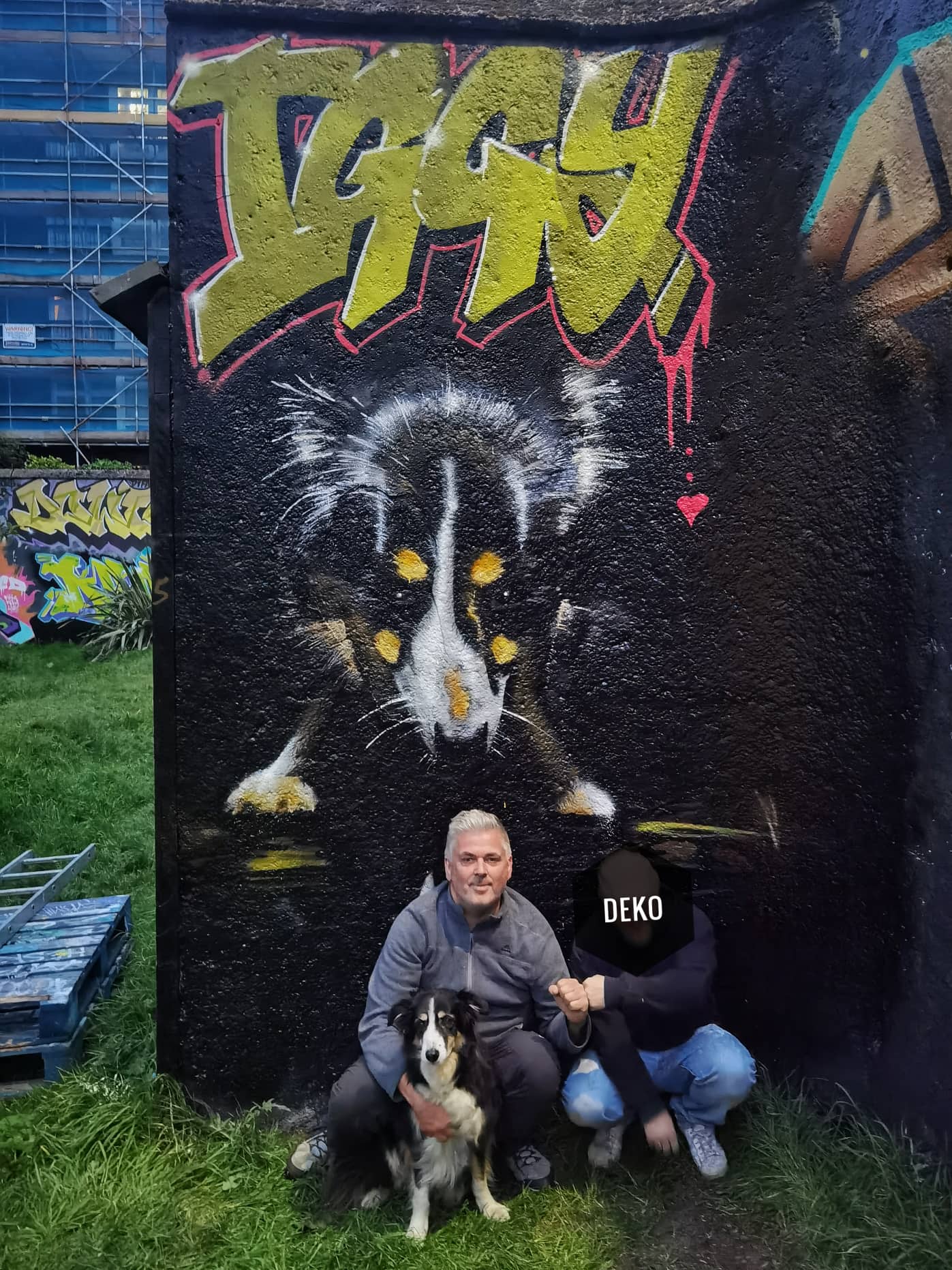 I spent four months there before returning permanently a year later. The year at home saw me commit to our GAA team, making senior goalkeeper after just turning 17. But London was beckoning once more, so off I went and I spent 20 years in the capital. My recent visit to the city was my first in eleven years because I suffered from extreme anxiety at airports and agoraphobia which has improved greatly since Iggy arrived in my life. 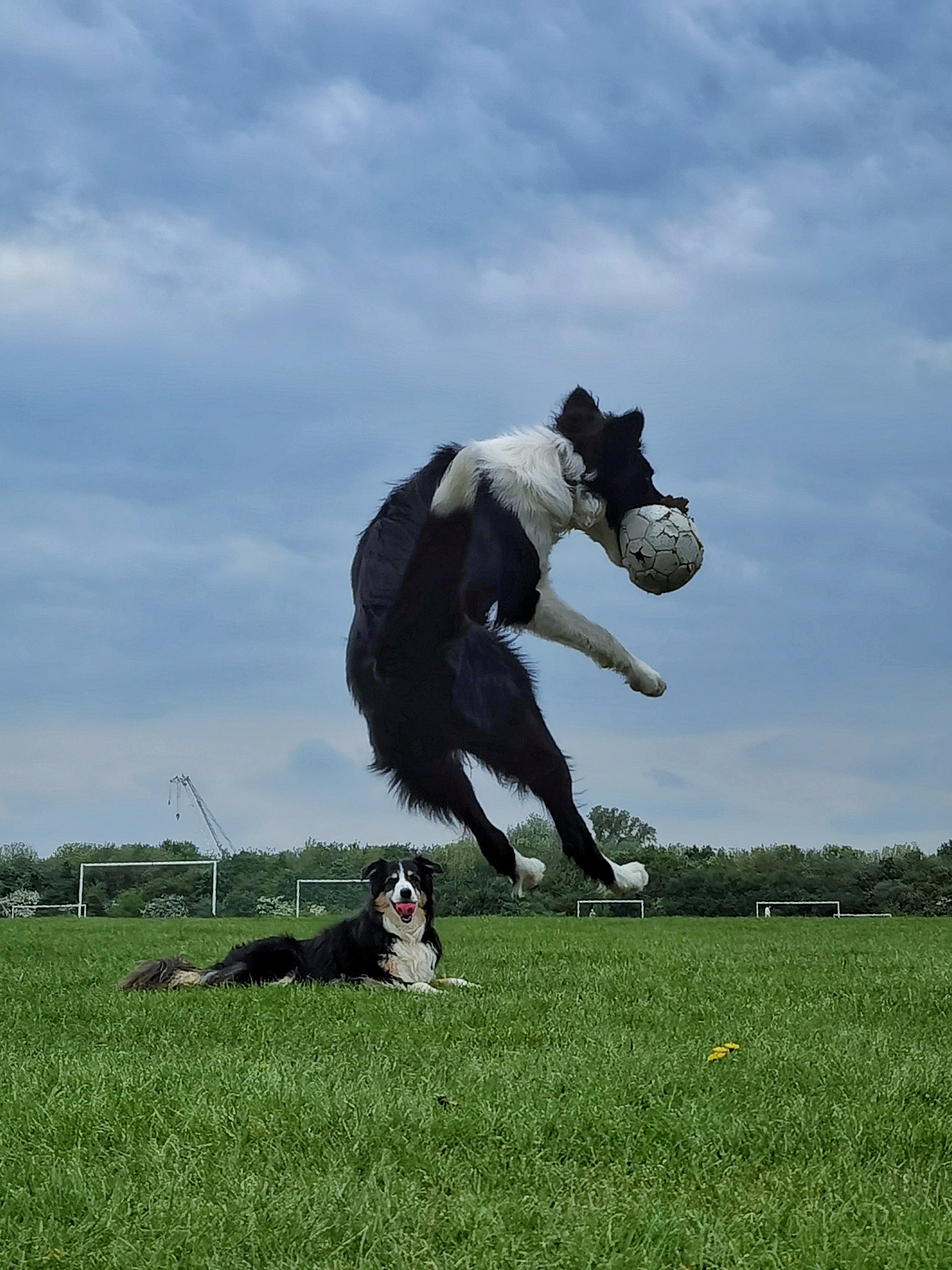 The excitement started hitting home when we came down the A10 road from Cambridge and drove around the North Circular, passing Wood Green and Finchley on our way to my brother in West London. Eventually we arrived in the Portobello Road area and the butterflies were definitely fluttering. My brother Sean wasn’t expecting me, so along with his son Finn and daughter Molly, we gave him a nice surprise. 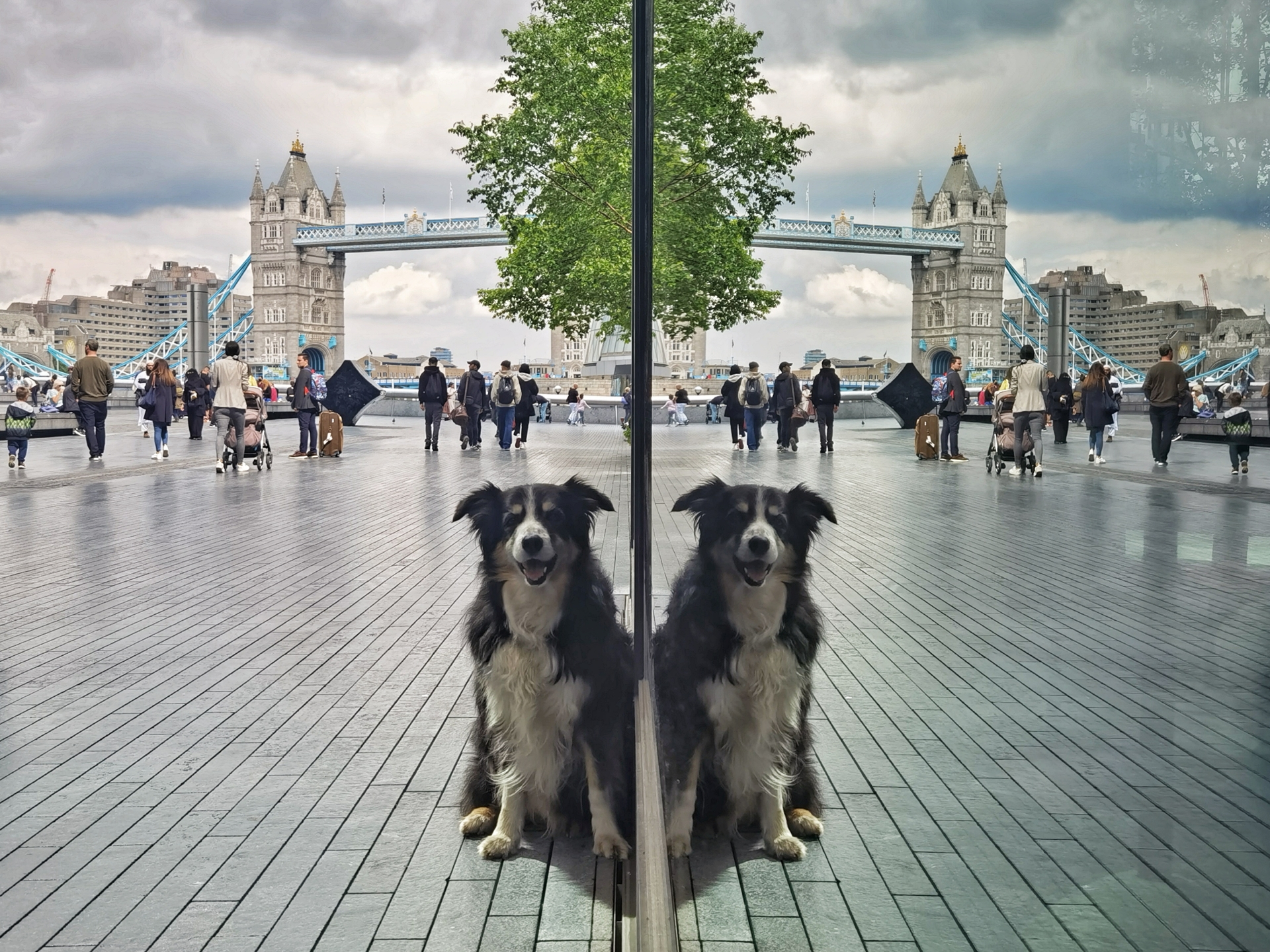 Next morning, Sean joined us for a spin to Hampton Court to meet our long time Facebook friends Tony and Marilyse. Tony plied his trade at Kodak and Marilyse was involved in the British TV and movie industry. They were so keen for myself and the girls to stay but sadly I had to decline. I did ask for a shower though. They treated us to lunch and a lovely day was had.

Cream scones, memories and walls from the past along the road

Back in town, I was introduced to Sean's friend ‘Deko’, who is one of London’s top graffiti artists. This absolute gentleman, during his final day of Ramadan, spent his Saturday painting a 12-foot mural of Iggy on the famous “Hall of Fame” below the iconic Trellick Tower in W10. I only expected a small piece, but he said she deserved this due to her life story. Simply amazing. 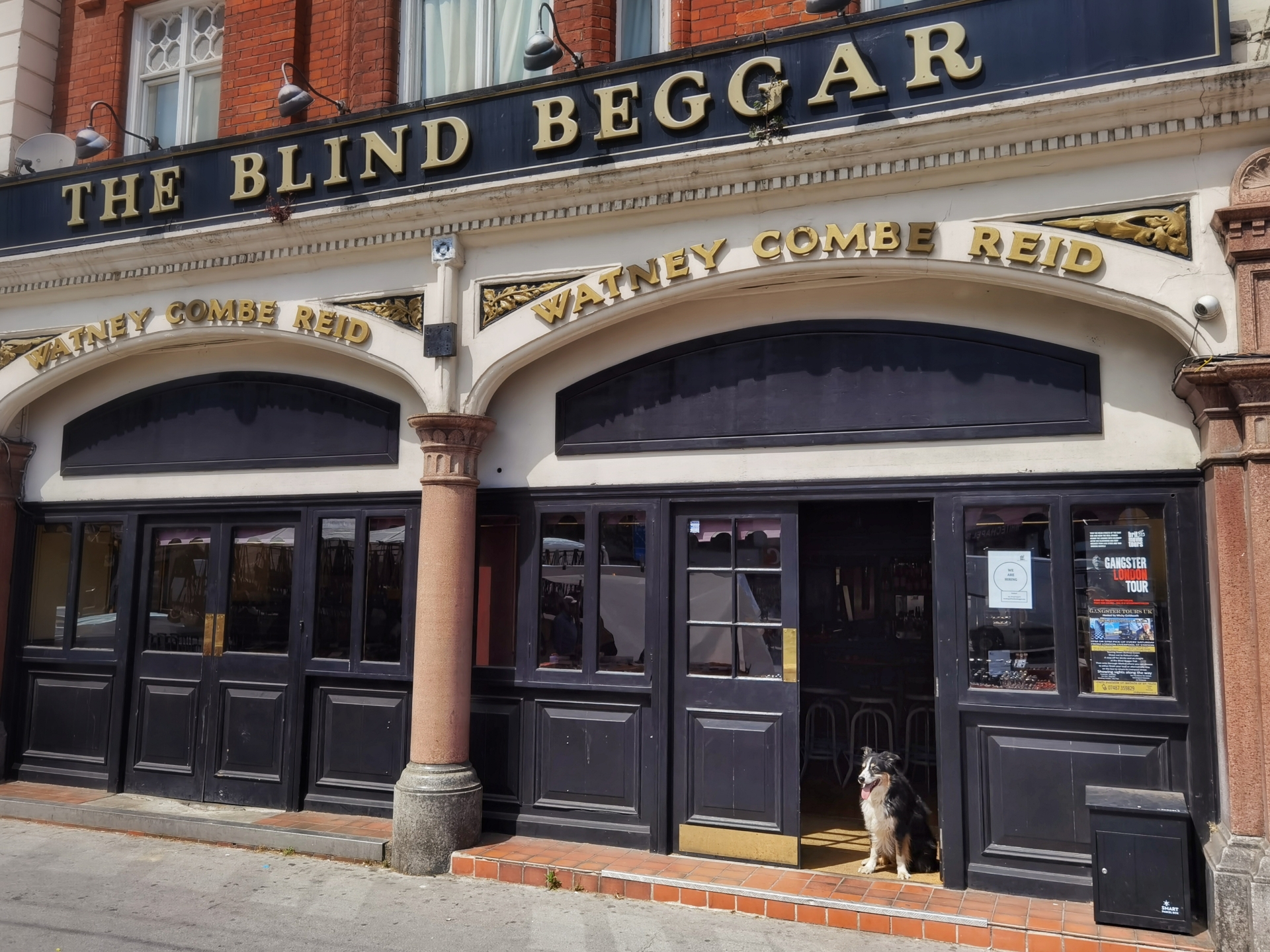 During our mornings, we popped down to Wormwood Scrubs Park for our exercise. One day we enjoyed mixing with families from the US and Canada, whose kids were playing baseball, softball and t-ball.


A few days later, our Canadian friends, Michael and Andrea, offered us their spare room, so we enjoyed two nights in Hackney and walks to Bethnal Green, Whitechapel and across Tower Bridge.
The Royal London Hospital in Whitechapel is where I was brought to after my near fatal electrocution from 11,000 volts in August, 2005.
My memory of my accident is very clear; I saw two police cars, two fire engines, an ambulance and a separate paramedic arriving. That was when I knew it was quite serious. The air ambulance was prepared for take off but I was given a police escort instead.
Years later after the excellent care provided by the NHS, a pup named Iggy arrived to help change my life around.

Iggy makes her way to Glasgow from the Isle of Skye

Stunning sights and making new friends along the way

Off to Gospel Oak we headed to meet my friend and former colleague Aidan. He miraculously escaped injury that day and subsequently changed career too. 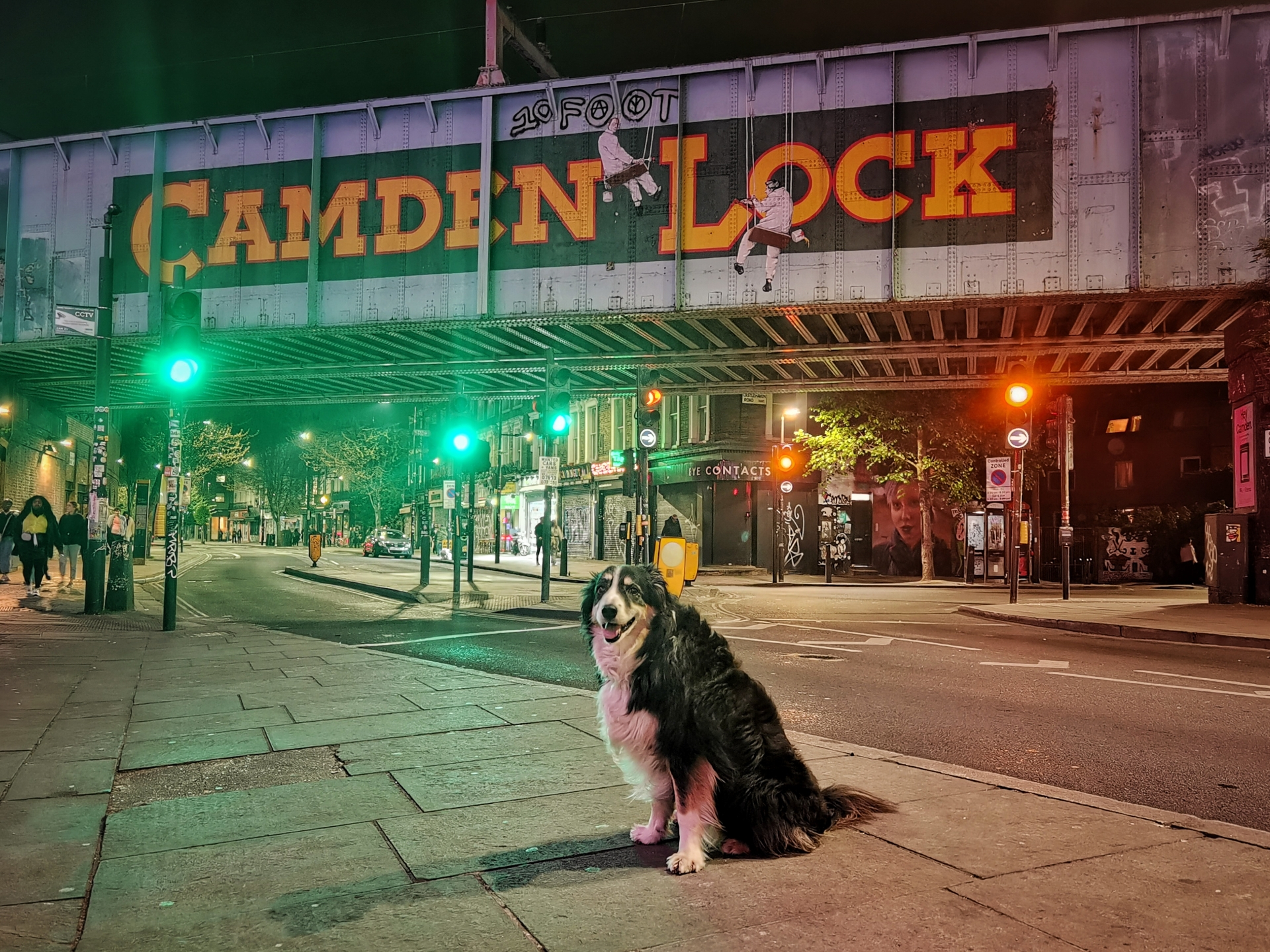 Nearby Aidan’s we enjoyed Hampstead Heath, Kite Hill, Primrose Hill, also along with the scrubs, we visited Alexander Palace, Regent’s Park and many more small parks too.

This article is the fifth in our series. James O’Donnell is a photographer who lives in Falcarragh with his two dogs, Iggy and Frida. You can find many more of his stories on Facebook - ‘James O’Donnell Photography’ and Instagram - james_odonnell_photography.