Performances in Ballyshannnon and Stranorlar this weekend 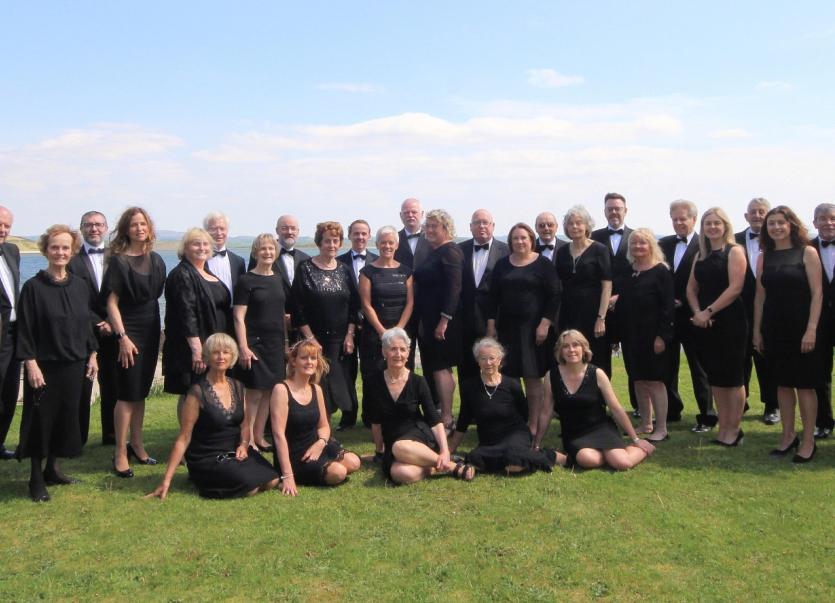 Donegal Bay and Blue Stacks Festival will present the amazing Donegal Voices Choir and their 15 piece Chamber Orchestra, performing Mozart’s ‘Requiem’ in Ballyshannon (St.Patrick’s Church) and Stranorlar (St. Mary’s Church), this Friday and Sunday, October 5th.  and 7th.  Both performances will commence at 8.00pm. There is no set admission charge but audience members are invited to contribute to a Retiring Collection, after the performance.

Following last year’s tremendous success with their performances of Handel’s ‘Hallelujah Chorus’ and ‘The Coronation Anthems’, the Donegal Voices Choir and their director Andrew Batchelor now take on their most ambitious project to-date.

Mozart was commissioned by Count Von Walsegg of Vienna to write the Requiem to commemorate the 1st. anniversary of the untimely death of his young wife Anna, on Valentine’s Day, 1791. Mozart himself was in poor health when he commenced the work and he died some months later, in December 1971, before he could complete it. His wife Constanze, however, arranged for several of his composer friends, most notably Franz Xavier Sussmayr, to complete the commission and deliver it, on time, to the grieving Count.

The Donegal Voices was formed in 2015 by Deborah Cunningham and Eileen Carr with Andrew Batchelor as Musical Director.  Members are from Dunfanaghy and Letterkenny in the north of the county, from Gort a’Choirce to the West, and from Donegal, Ballyshannon and Bundoran in the south.

Principal soloists, drawn from the Choir, are Deborah Cunningham, Soprano; Fiona Wasson, Mezzo Soprano; Pat Doherty, Tenor and Paul Martin, Baritone.   The Chamber Orchestra will also perform some well known Mozart favourites and, as has become regular feature of Donegal Voices performances, the audience may even be asked to join in!The annual Donegal Bay and Blue Stacks Festival is presented by Donegal County Council, with the assistance of the Arts Council An Comhairle Ealaíon.