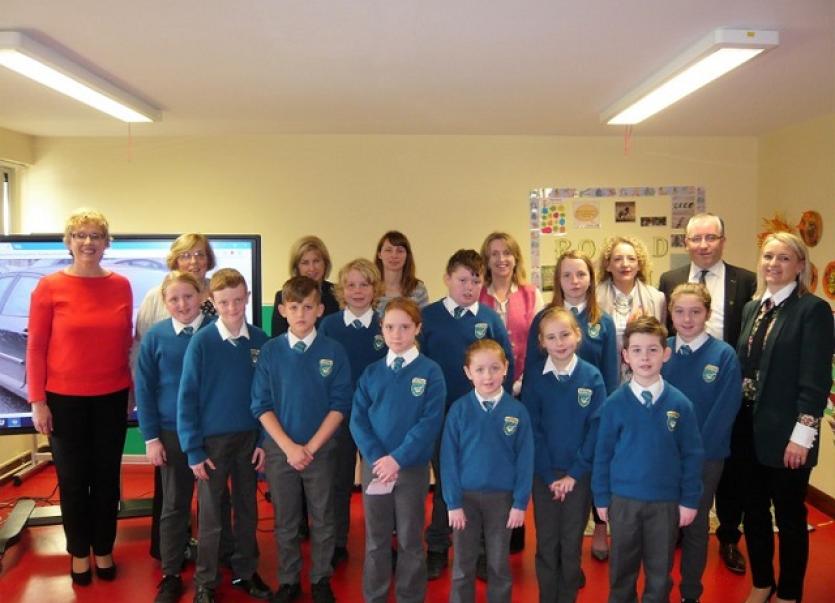 Cllr. Barry O’Neill has suggested that the possibility of designating Creevy as a village could be looked at, in attempts to reduce speed limits at the local national school.

Cllr. O’Neill made the suggestion last week, when the Creevy National School Green Schools Committee presented the findings of its walkability audit, which has made recommendations to improve safety on the road to the school.

Through the audit, the committee found that it is not very safe for pupils to walk or cycle to school, as the road is very busy with no footpaths and traffic can travel at high speeds past the school.

The committee presented the findings of their audit last Wednesday, October 25th, to pupils, staff, parent representatives and Cllr. O'Neill.

Speaking later, Cllr. O’Neill said that seeking official status as a village area for Creevy, a townland near Ballyshannon, might help in attempts to slow down traffic at the school.

“Obviously, the priority would be to reduce the speed limits outside the school, and if that could be achieved we wouldn’t have to look at village status,” he said.

The Creevy school’s Green Schools Committee worked hard over the last number of weeks with Green Schools Sustainable Travel Officer, Áine O'Loughlen, investigating the possibility of reducing traffic around the school at peak times and improving road safety. Three members of the committee, Éadaoin Finnegan, Dara McGloin and Michael Clancy, presented the findings and the recommendations of the audit.

The committee made a number of recommendations, including the installation of periodic speed limits to ensure a safer space for students at school peak times – 50km/hr or even lower; replacement of missing flashing lights with working ones and repositioning lights to the west of the school further away from the school, to allow motorists sufficient time to slow down; improving signage and road markings in the vicinity of the school; and the introduction of the words, “Slow School Ahead”, painted in white on the road surface, as appears outside many other primary schools.

The Green Schools Committee have also lodged their audit report with the Donegal County Council Road Safety Officer and hope this supports their request for road safety improvements at the school.

Cllr. O'Neill also suggested that the committee send a deputation to the next county council meeting to deliver the same presentation. He also agreed to bring up the committee’s concerns with the local road engineers and the council’s Road Safety Officer.