Respite centre not yet open though keys have been handed over 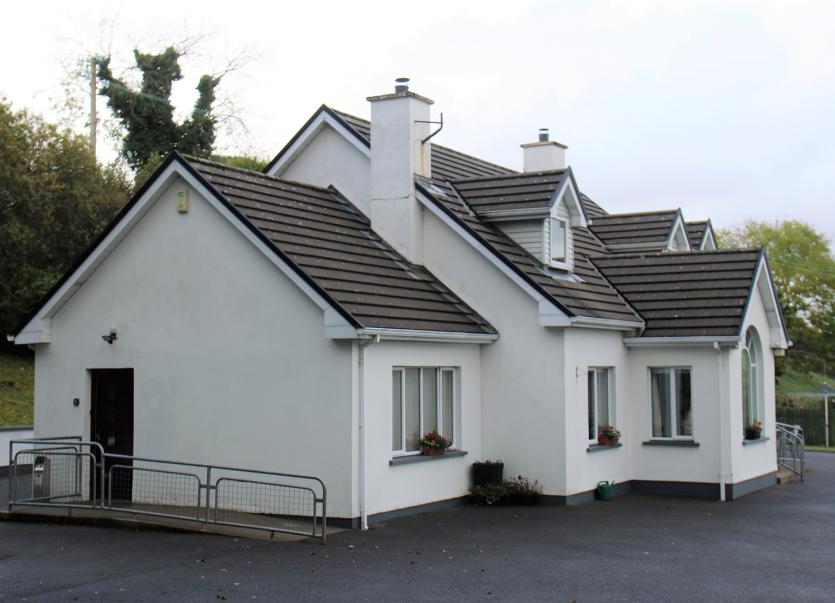 They say you call tell a lot about a society by how it treats its most vulnerable people.

If that is true, then the decision makers behind the ongoing closure of Seaview House respite service should hang their heads in shame. Alternatively, they could stand up, be counted and make some major changes.

At a packed public meeting in November, RehabCare promised those in attendance that the service would be operational by January 13 at the latest. This was treated with a degree of scepticism by the families desperately in need of this service. They had heard it all before. But after 18 months without any respite care, this promise gave a glimmer of light at the end of a dark, obstacle-filled tunnel.

January 13 has been and gone. Seaview House remains closed.

RehabCare was due to take over the service from the HSE, having been awarded a tender process earlier this year. Much work needed to be done for the building to be compliant. At the public meeting in November, a spokesperson said that all that remained to be done was for the work to be signed off and the formal, legal handover to take place.

It is that handover from the HSE that seems to have caused this latest delay.

A spokesperson for RehabCare told the Donegal Post yesterday: “RehabCare can confirm that all outstanding legal processes regarding the transfer of services of Seaview Respite House in Mountcharles, Co Donegal from the HSE to RehabCare will be finalised today [Tuesday].

“RehabCare is confident that it will then be in a position to officially take over the service later today [Tuesday]. Following completion of all the requisite regulatory requirements the scheduling of service users for respite at Seaview House will commence as soon as possible.

“We are very much looking forward to finally taking over the service at Seaview House this week and rolling out this nurse-led service, which we know is vital to the community. We would like to take this opportunity to reassure families that everything is being done to expedite this process and that continuity of care and the provision of a person-centred, quality service for the adults and children who will access this service is our number one priority.”

The anger and despair being felt by parents and families in need of respite is clearly directed towards the HSE and the government.

Emer Coughlan whose son Enda has Down Syndrome, autism and ADHD spoke to the Donegal Post about why respite care matters so much.

Ms Coughlan’s love for her son and her understanding of his unique view of the world around him shines through strongly when she speaks of him. But that doesn’t take away from the constant, exhausting struggle to care for him.

“If I need to go to the toilet and he won’t get out of the kitchen, I need to phone my mother to come and help me,” she said.

“Every door and window in the house has to be locked. My other children have locks on their bedroom doors.

“He could get up during the night and get out.”

He has also flooded the bathroom several times.

“I woke up at 6 o’clock in the morning once and I could hear water. He was filling the bath,” said Ms Coughlan.

The family had to move their cooker out to the shed and make changes to their kitchen because Enda would throw pans or knock things on the cooker while his mother was cooking.

“I was getting burned,” said Ms Coughlan. “We had broken tiles on the floor from pans being thrown.”

Respite for the Coughlans and other families dealing with a child with high care needs is about a short escape from this constant pressure.

Ms Coughlan also spoke about the constant pressure on siblings on a child with high care special needs. Not only are they often involved in the care, but it means that they cannot enjoy things that many people their age take for granted such as having a friend over to visit.

Enda’s needs are so severe that he cannot avail of some of the community or voluntary services in the area, so the family don’t get a break at all.

“Those organisations are not getting the support they need so they cannot in turn give us the support we need,” said Ms Coughlan. “It makes me very sad that we and people like us can be ignored time and time again.”

There is also a significant emotional strain on siblings of people with special needs that can have long-reaching consequences.

Last year with the support of the Children’s Ombudsman, she had a video made that showed what life was like for her family.

She said: “I would love to know if anyone in the HSE has watched our video, or any of the videos that other people made. Do they see us as just another case or do they see the family that is struggling every single day?”

With the keys handed over to RehabCare this week, it is hoped that families will finally be able to avail of respite.

But the service is still falling far short of what is needed.

The contract is only for a five-day service to run from Mondays to Fridays and does not take into account the fact that most families need respite at weekends.

In an emergency motion at Tuesday’s meeting of the Municipal District (MD) of Donegal, Cllr Michael McMahon (SF) called for the service to resume immediately.

“To say this is disappointing is an understatement. When somebody gives their word to something that it will open on January 13, it should open.

“We were all there at the meeting when this was promised. And it is still not the type of service parents are looking for. They need it to be open seven days a week, not five. I call for an email to be sent to the HSE and the relevant government department forthwith looking for answers.”

He said: “We all heard the gut-wrenching stories at the meeting in November. It is unbelievable that we are in this situation again.

“When the contract was given to RehabCare in February last year, we heard it would open in a month. Then it was July. Next thing it was January 13 and that date has passed too.

“It is unacceptable that people could come out and tell such barefaced lies.”

It is understood that the keys of Seaview House were handed over to RehabCare yesterday, as had been expected by the organisation. It is hoped that service will resume as soon as possible.

Meanwhile, families are continuing to lobby for a crucial seven-day service.

Ms Coughlan said: "I know there is an election coming up but this is not political. We need all our politicians to put their differences aside and work together for the people who need them, for families who are at breaking point, for people who need this care."