An independent general election candidate running in the Donegal constituency is claiming that Ireland cannot cope with what he terms is a “deluge of bogus asylum seekers and chancers that live off the generosity of the Irish taxpayer.”

Outspoken Niall McConnell has expressed reservations about the huge changes that have taken place in Irish society in recent times, and one of his election slogans is “Ireland for the Irish.”

Describing himself as an Irish patriot, he says that “not since 1918 has there been a more critical time in the political life of our nation.” He has embarked on an extensive campaign around the constituency, erecting his own posters and posting videos online.

He says that he has received a warm reception on many doorsteps, and claims that many people that he has spoken with, especially in Letterkenny, “are fed up with the massive influx of the ‘New Irish’ into our towns and villages.”

Regarding the integration of non-nationals he suggests that more efforts should be put into integrating with “our cousins in the north” before attempting to integrate with what he termed as “strangers from the Middle East.”

He says that if he is elected as a TD to represent Donegal, he will push for a deportation unit “to remove all illegal aliens from the state” and he will also seek the immediate repatriation of “all non-economically productive migrants, failed asylum seekers and foreign criminals.”

Reacting to his comments, Pippa Woolnough, Communications and Advocacy Manager, Immigrant Council of Ireland, said, “Candidates may attempt to win votes by hurting people and dividing communities; it’s up to all of us, including the media and political parties, to ensure this is not a successful strategy.

“In a general election voters are looking for vision, progress and solutions which involve them. We are all part of a more connected world and the vast majority of Irish society recognises and enjoys the cultural and economic benefits this brings. Scapegoating ethnic and religious minority groups only builds divisions, stokes tension and steals oxygen from the more pressing issues.”

And she added: “Just last week the Immigrant Council of Ireland joined forces with 30 plus groups and organisations, including Ibec and the Irish Congress of Trade Unions, to call on candidates to double down against hate speech and instead focus on representing their constituencies in all their rich diversity.” 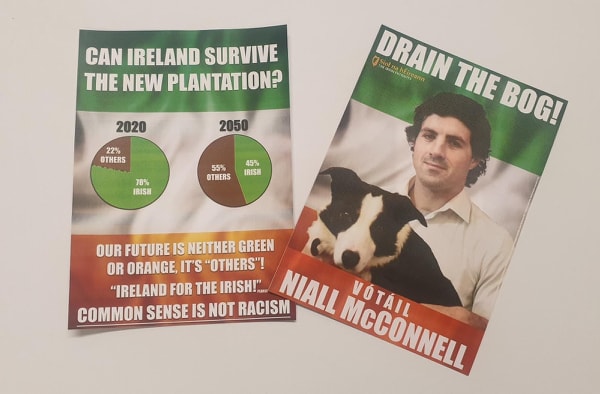