An Inishowen ex-pat, who desperately wanted to see a picture of his mother's face, may finally get his wish.

Michael John Docherty, who now lives in Preston in Lancashire in England, recently turned 80 and his dearest wish was to see a photograph of his mother, who sadly died when he was three years old.

The story of an Inishowen emigrant looking for a photograph of his mother, Ellen Doherty, first appeared in the Inish Times last month.

Since then, Michael's story has been widely shared. It was even discussed by Billy Keane on RTÉ's 'Today with Maura and Dáithí' last Friday afternoon.

Michael Docherty, was born in Carndonagh on March 24, 1941. The family's name was originally spelled 'Doherty', which changed to 'Docherty' many years later.

Ellen's parents were called Cassie (née McGonagle) and Barney Doherty. Ellen lived in Drung and went to St Columba's National School. She was born on October 23, 1911 and and passed away around the age of 34 or 36.

She was married to Michael John Doherty and they had four children: Irene, Michael, William and the late Bridget. Ellen was buried in Carndonagh Cemetery.

Following her death, Ellen's husband remarried and Michael, then aged five, and his siblings were sent to live in Glasgow in Scotland, with relatives.

A kind Inish Times reader has sent us a photograph, which appeared in a little booklet called: 'Drung School: 1831-1991'. The photograph shows Drung School C1924. This is the school which Ellen Doherty attended. Ellen would have been 12 or 13 in 1924, so there is a good chance she is in the photograph. 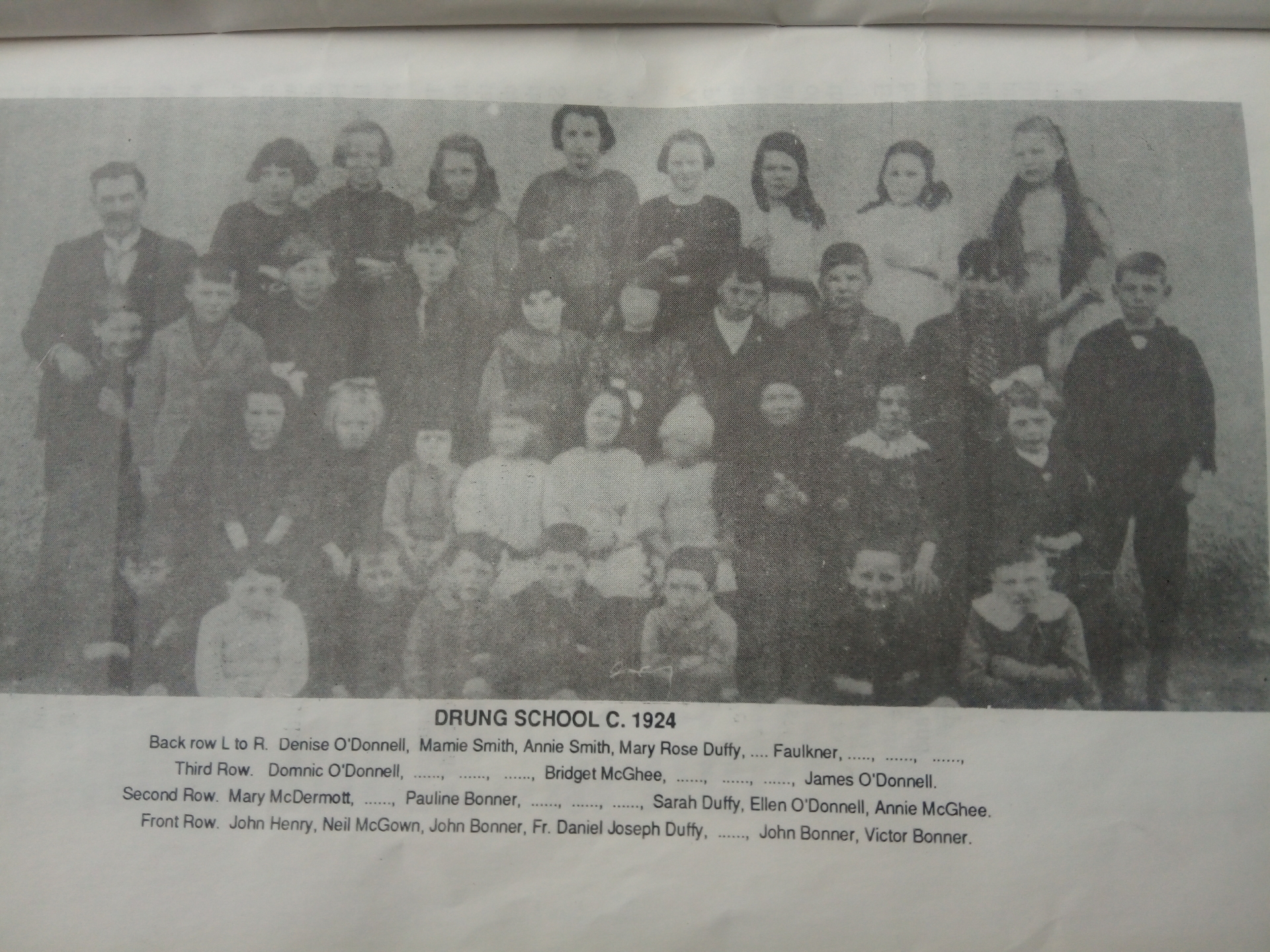 Some of the names are missing, so, if anyone can help to identify the missing names or provide any more information about Ellen Doherty, please contact Inish Times: catherine.mcginty@iconicnews.ie.