Voluntary RNLI crews out for over 12 hours on rescue mission

Spare a thought for the wonderful efforts of the voluntary RNLI lifeboat crews who took to the stormy seas to help assist a fishing vessel in distress yesterday.

While many of us were out on Christmas shopping related matters, lifeboat crews from Lough Swilly, Arranmore and Portrush took to the water to assist a 15 metre fishing boat that had encountered engine problems.

The vessel, which issued a Mayday call at around 2.00 pm on Saturday was eventually towed back to Rathmullan in the small hours of Sunday morning. An idea of the conditions being face by the RNLI crews as they went to assist the fishing boat can be seen in this video clip filmed by Portrush RNLI crew member Dave Robinson. Similar conditions faced the Arranmore and Lough Swilly (Buncrana) crews.

The Lough Swilly Lifeboat was launched at 2.20 pm and the Arranmore and Portrush lifeboats were launched shortly afterwards.

Once the fishing vessel - which has initially been 20 miles off Fanad Head - was located much further out to sea, it had been drifting for several hours.

The Portrush RNLI lifeboat returned to its base while the Arranmore ferry towed the 15 metre fishing boat back to the mouth of Lough Swilly, with the Lough Swilly lifeboat beside it. The fishing vessel, understood to have had five crew on board, had originally departed from Greencastle. 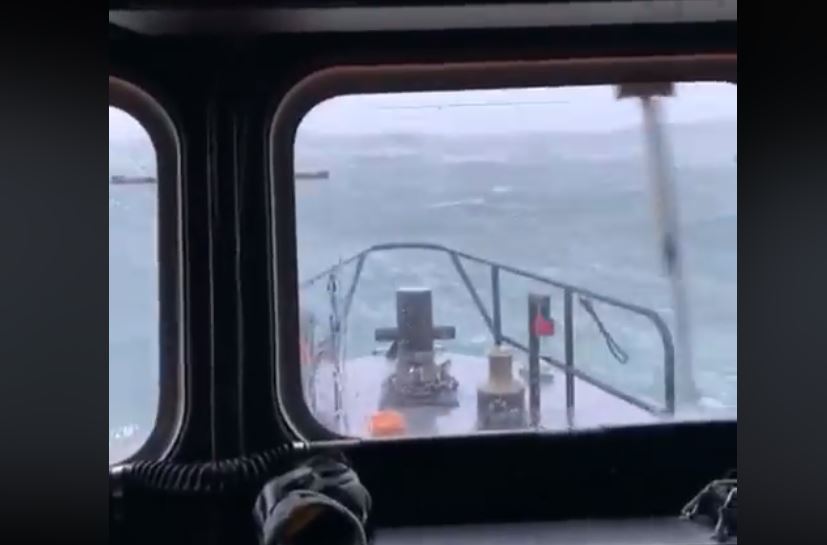 It finally docked safely in Rathmullan at around 3.22 am having been brought to the port over the final stretch by the Lough Swilly lifeboat which left at 3.25 am to return to its base in Buncrana - more than 13 hours after being launched.

Meanwhile, the Arranmore lifeboat crew  then had to make the long trip back around the Donegal coast from the mouth of Lough Swilly to reach Arranmore again.

The route taken by the Arranmore lifeboat is illustrated below. 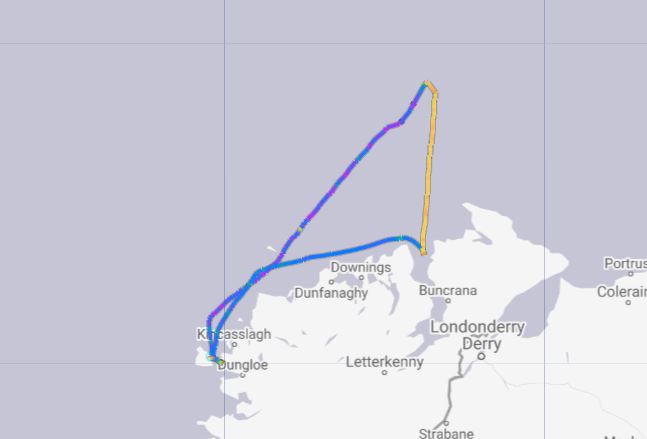