Cairdeas na bhFidiléirí has organised a fundraising virtual concert in support of a little girl from Donegal who is currently receiving treatment for a brain tumour.

Caitlin (8) and her mum, Eimear, and dad, Thomas, received the diagnosis in February. 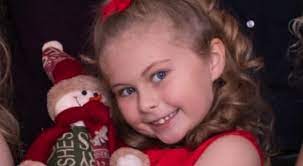 It will feature many high profile Fiddle Players and performers.

According to Cairdeas na bhFidiléirí, Caitlin has some big medical treatment ahead of her.

"She is a great wee fiddle player, as are her sisters and brother. Her dad. Thomas, is well known in Donegal's music scene as a player and teacher.

Cairdeas na bhFidiléirí was formed in the early 1980s to help support and promote the art of fiddle playing in the Donegal tradition.