The Arts Column: A moving play from the frontline of The Troubles

Wicklow singer Luan Parle The Balor on Saturday, February 29 as part of an Irish tour marking the release of her new album Never Say Goodbye

First Response is a new play created and performed by a cast of first responders telling their story from the frontline. It opened last night (Wednesday, February 26) and runs until Saturday, February 29 in The Playhouse, Derry.

The Millennium Forum welcomes the Royal Moscow Ballet with Sleeping Beauty tomorrow (Friday, February 28) while folk group The Kilkenny’s play The Alley in Strabane, country singer Patrick Feeney is in An Grianan, Letterkenny and there’s drama with the Ger Carey penned Vanishing Gun in The Balor, Ballybofey.

Tuesday night sees the opening of two musicals – Ballyshannon Musical Society’s All Shook Up in The Abbey Centre, Ballyshannon and Blood Brothers in The Millennium Forum, Derry – both shows run until Saturday, March 7.

And finally, next Wednesday being the first Wednesday of the month sees another Ghostlight Sessions in The Balor, Ballybofey. This month's line up is headlined by Leitrim’s Freespeakingmonkey with Fast Thursday, Happy Out and Stolen Relic also on the bill.

A folk and roots weekend at The Balor

If you’re a fan of the folk, roots, Americana music we’ve got you covered at The Balor next weekend with visits from Luan Parle on Saturday, February 29th followed by Peter Mulvey on Sunday, March 1.

Accolades include winning the Meteor Award for Best Irish Female while her 2008 hit Ghost spent three months in the Irish charts and was the most played Irish single of the year.

She comes to The Balor as part of an Irish tour marking the release of her new album Never Say Goodbye. The 10 track album which includes two co-writes with Dire Straits guitarist Hal Lindes has earned rave reviews from Irish critics since it’s release a couple of weeks ago. 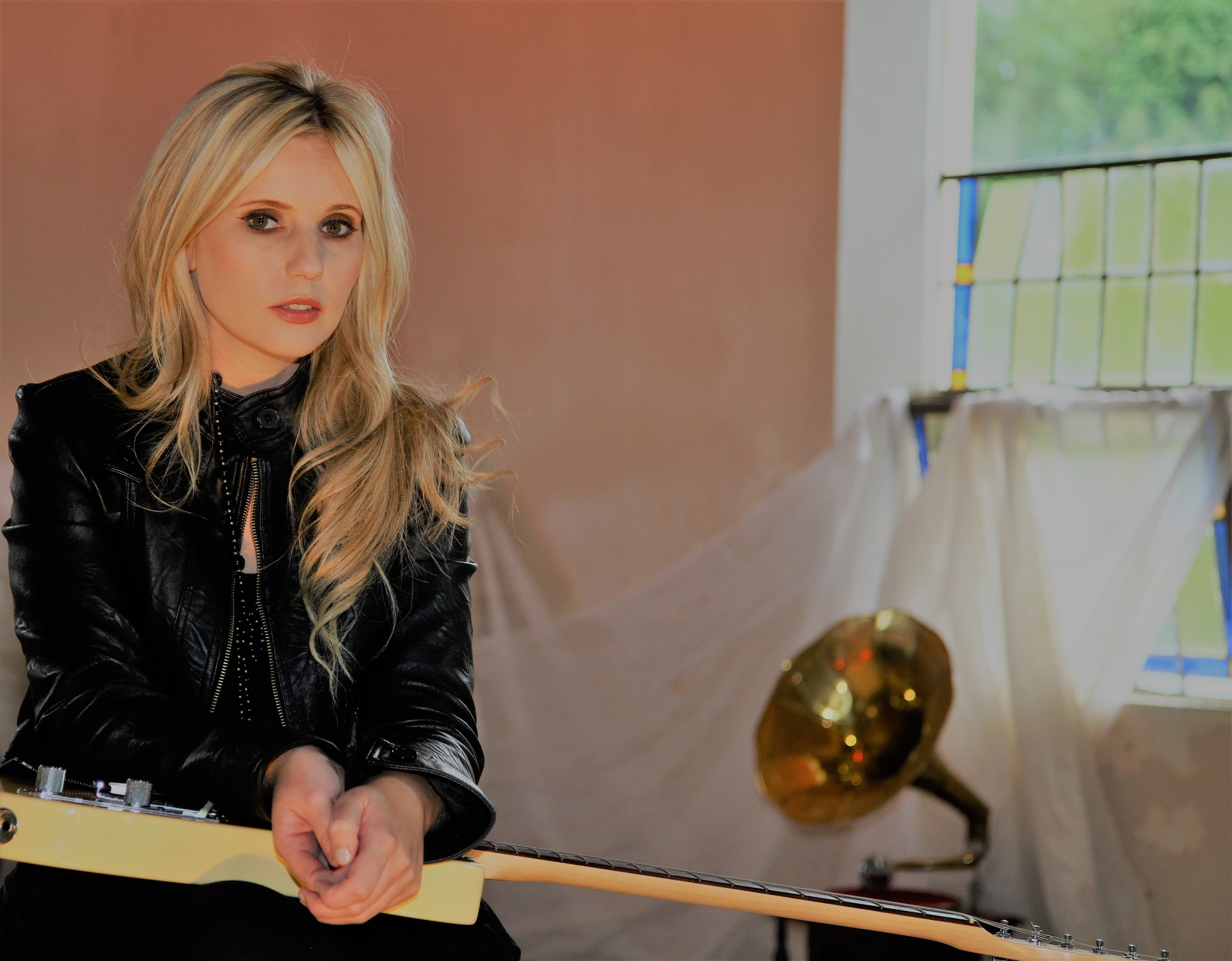 Wicklow singer Luan Parle The Balor on Saturday, February 29 as part of an Irish tour marking the release of her new album Never Say Goodbye

On Sunday US songwriter, road-dog and raconteur Peter Mulvey makes a most welcome return to The Balor. He last played here six years ago and it’s a night that remains firmly and fondly in the memory.

Milwaukee native Peter’s music career actually began in Ireland where, as a university exchange student, he began cutting classes to busk on Grafton Street and hitching around the country to play whatever gigs he could find. Upon returning to American he set out for Boston where busking led to small shows which led to larger shows and eventually regional, national and international touring.

Now a gnarled, grizzled veteran his resume includes 18 records, one illustrated book, a TEDx talk, a decades-long association with the National Youth Science Camp, opening for luminaries such as Ani DiFranco, Emmylou Harris, and Chuck Prophet, appearances on NPR, an annual tour by bicycle, emceeing festivals, hosting his own boutique festival in Boston and Wisconsin and much, much more. The man literally never stops.

Peter also has a new album to promote -There Is Another World – a remarkable 13 track testament to alienation, loss, heartbreak, stillness and a simple acceptance of what is.

Luan Parle plays The Balor, Ballybofey on Saturday, February 29 at 8pm and Peter Mulvey follows on Sunday, March 1, also at 8pm. Tickets for each show are €15 available from The Balor Box Office on 0749131840 or online at www.balorartscentre.com

Next Wednesday is the first Wednesday of the month, the Balor’s monthly live original music night The Ghostlight Sessions returns. March’s line-up is a bumper one with four bands – Freespeaking Monkey, Fast Thursday, Happy Out and Stolen Relic - on the slate.

Headliners are Leitrim based Freespeakingmonkey who’s sound has been likened to "The Pixies produced by Tim Burton". Fronted by Ciaran Rock and with Kila fiddle player Dee Armstrong among their number they’ve played Electric Picnic’s Body & Soul several times and also played Knockanstockan and Palfest 2019 at The National Stadium. Their debut 4 track CD Sirens was launched in The Glens Centre, Manorhamilton last year to a rapturous response.

Loud, energetic hard rock/alternative Northern Irish 3-piece Fast Thursday has released two Eps to date, the most recent being Unite The Factions which they followed up with an extensive UK tour (and a few Irish gigs thrown in for good measure).

Rounding out the bill are two local Donegal bands Happy Out and Stolen Relic. Happy Out has chiselled themselves into a force to be reckoned with over a relatively short period of time in the Donegal/Derry music scene. Stolen Relic are a brand new original rock band from Letterkenny who released their EP Demonstration Violation in August. The enthusiastic response to both the EP and subsequent live gigs mark them as one to definitely keep an eye out for.

The Balor, Ballybofey hosts The Ghostlight Sessions with Freespeakingmonkey, Fast Thursday, Happy Out and Stolen Relic on Wednesday next March 4th at 8pm. Tickets are €10 available from The Balor Box Office on 0749131840 or online at www.balorartscentre.com

Fergus Cleary’s The Island Wake returns to An Grianan Theatre, Letterkenny tonight. Tuesday. The popular comedy debuted in The Balor back in November 2017 and is still going strong almost three years later raising money for good causes wherever it goes. Proceeds for this show are in aid of Acquired Brain Injury, Woodlands, Letterkenny.

The Island Wake tells the story of an American tourist with dollars to spend who dearly wishes to experience an authentic Island Wake. There’s just one small snag – nobody has died! For these islanders, when it comes to parting tourists from their money, necessity is the mother of invention.

The reason for the show's success is simple – it’s left crowds laughing wherever they’ve seen it. Fergus has drawn on childhood memories of island life and it’s personalities (his mother hailed from one of the islands off the west coast and he frequently holidayed there in summer as a child) to create a real feel-good comedy.

You can see Fergus Cleary’s The Island Wake tonight Thursday, February 27 in An Grianán Theatre, Letterkenny at 8pm. Tickets are €15 available from An Grianan on 0749120777 or online at www.angrianan.com

Comedian Ger Carey has been an annual visitor to the Balor over the last decade – his Ger Carey Live comedy show developed specifically at transition year students has proved a huge hit year on year.

Not content to rest on his comedy laurels Ger is broadening his horizons with his debut play The Vanishing Gun which plays The Balor on Friday February 28th. If you’re familiar with Gers work you’ll expect something wacky and out of the ordinary and The Vanishing Gun doesn’t disappoint. When Detective Jack O’Hara comes to on the floor of a strange apartment he discovers a nasty bump on his head, a dead body on the floor and most surprisingly, that he has jumped forwards twenty years in time to 1975. When he is joined by Tex, a cowboy from the 1870’s and Kulesh, an alien from the thirty-first century, Jack realises that he has the mother of all cases to solve and time is running out. I have to say I’m intrigued.

You can see The Vanishing Gun this Friday, February 28 in the Balor, Ballybofey at 8pm. Tickets are €16, €12 concession with a great Family of 4 deal for just €40. Prebook via The Balor Box Office on 0749131840 or online at www.balorartscentre.com

Few musicals have received quite such acclaim as Willy Russell’s Blood Brothers – the captivating and moving tale of twins who, separated at birth, grow up on opposite sides of the tracks. The Bill Kenwright production is one of only three musicals to surpass the 10,000 performance milestone in London’s West End and it’s ability to bring the audience to it’s feet has seen it affectionately dubbed the ‘Standing Ovation Musical’.

It’s a mixture of an enthralling storyline and superb score including Bright New Day, Marilyn Monroe and emotionally charged hit Tell Me It’s Not True ensure that it continues to delight audiences wherever it plays.

Blood Brothers opens next Tuesday, March 3 and runs until Saturday, March 7 at 8pm nightly in Derry’s Millennium Forum. There’s also matinee shows at 1pm on Wednesday 4th, 1.30pm on Thursday 5th and 3pm on Saturday 7th. Ticket prices range from £10 to £37. For bookings and more information contact The Millennium Forum on 048 7126 4455 or go online to www.millenniumforum.co.uk

All Shook Up is the story of a small-town girl in 1950’s America with big dreams and the motorcycle-riding stud she falls for. The storyline is actually based on Shakespeare’s Twelfth Night. All Shook Up transposes the tale to 1955 middle America where one girl's dream and a surprise visit from a mysterious leather-jacketed, guitar-playing stranger help a small town to discover the magic of romance and the power of rock & roll.

Among the 24 songs featured in the score are Elvis classics like "Heartbreak Hotel," "Love Me Tender," "Don't Be Cruel," "Can't Help Falling in Love," and of course the title tune “All Shook Up”.

Ballyshannon Musical Society presents All Shook Up runs from Tuesday, March 3 to Saturday, March 7 at 8pm nightly with a matinee show on Saturday at 3pm. Tickets for Tuesday, Wednesday and Thursday nights are €18 adult, €14 concession and a Family ticket costing €55 also available. All tickets are €18 on Friday and Saturday night and all tickets are €14 for the 3pm Saturday matinee.  Tickets can be booked from The Abbey Centre on 071 98 51375. You can also purchase online via Eventbrite at www. ballyshannonmusicalsociety.ie.