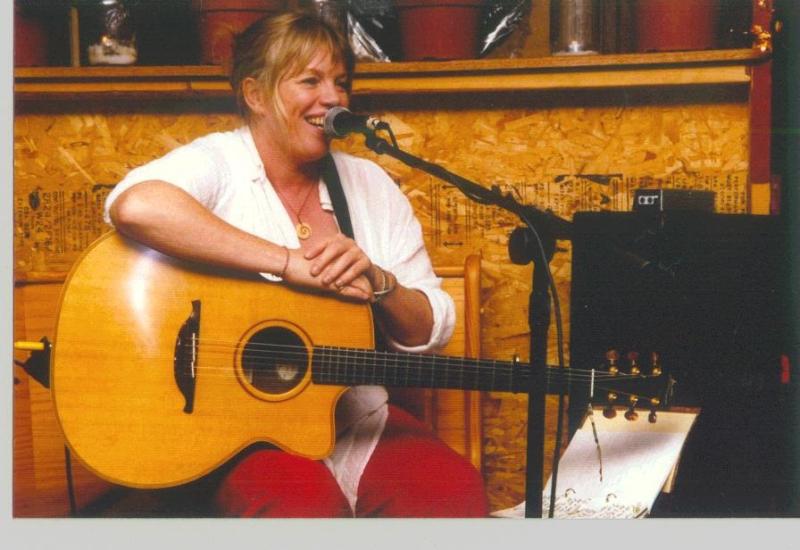 With an impressive catalogue of songs, written mostly from life’s experiences and observation’s , Bradfield has to date released four solo albums and a live album recorded on a sell out tour of Holland.

She is also one of “THE” Original Celtic Women and has appeared with them on stage and on many of their compilations worldwide.
Along her journey she has collected a “multitude” of rave reviews for both her shows and her music – has been nominated for a prestigious IRMA award - and voted one of Ireland’s Best Solo Performers by a panel of top music critics.Marian will be bringing her music and her unique style of storytelling to her Autumn concert in St Patrick's Parish Centre, Donegal Town on Sunday the 20th of October at 8 p.m.
She will be joined on the evening by guests Val Monteith (Newcastle) on Ekulele Bass to add some colour to the music - and - by Videographer/Novelist Ralph Jarrells (Alabamah/South Carolina) who will launch and do a short reading from his new novel to get the evening off to a flying start.
Those of you who have seen Marian perform will have experienced the wonderful easy relationship she loves to develop with her audience, telling them the stories about the people in her songs and drawing them into the very powerful and intimate world of her live performances.
Those of you who have not seen her perform “ NEED TO “ as this will be a wonderful evening of music - stories of inspirational and colourful characters - and - even a booklaunch about a swashbuckling female Irish pirate called Anne Bonny. And all of this for only 10 euro.
Doors will open at 7.30 on the evening of the show and tickets are now available from Parchment & Verse, Charlies Lane, Donegal Town. Tel 086 8808897.