Proposals to 'repower' one of Donegal's oldest wind farms 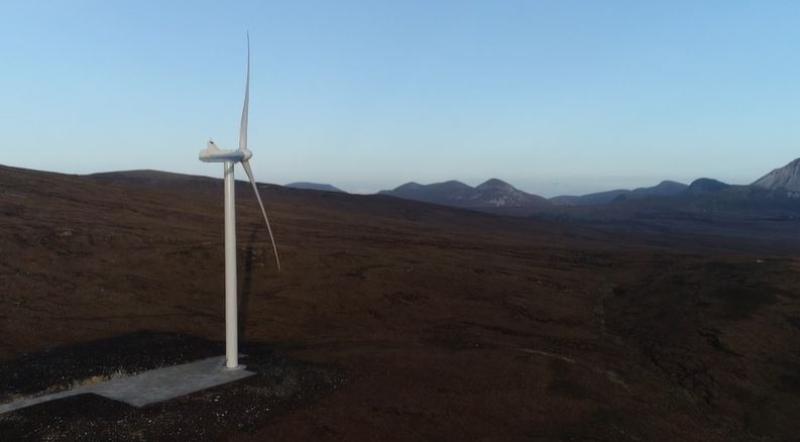 Plans are in the pipeline to “repower” one of Donegal’s oldest wind farms with new, hugely more efficient turbines.

Currently, the wind farm has eight turbines that produce between 600 and 660 kilowatt (kW) of power.

But as is the case at many of the older wind farms, these turbines are coming to the end of their lives.

The company now wants to replace the older turbines with just three new 4.5 megawatt (MW) turbines that can produce roughly seven times more power. The planned new turbines will  have an overall maximum height of 150 metres, consisting of a blade diameter of 136 metres and a hub height of 82 metres.

By way of comparison, the hub height is considerably higher than Dublin’s iconic Liberty Hall which is just 59 metres tall.

The proposed repowering development will also involve associated works which will include upgrading hardstands, foundations, access tracks and a new 38kV substation.

A number of other wind farms in the county have already repowered their turbines or are in the process of doing so.

According to the Irish Wind Energy Association, wind turbines are typically designed to operate for 20-25 years. As turbines near end-of-life, repowering provides an alternative to decommissioning that can provide a host of benefits.

Chief among them, it maintains, is the ability to continue using productive wind farm sites and to increase their installed capacity and annual energy production. Repowering can also be cheaper than new builds, and reduce the number of turbines.

The original wind farm at Cronalaght was one of the first in Donegal and was officially opened in 1997. It produced enough electricity to power 3,000 households and the elevated site was regarded as being one of the best in Europe based on wind speed analysis.

It was developed by Gineadoiri Gaoithe Teo and was the first wholly owned Irish wind farm developed under the Government's announced alternative energy initiative.

It was the brainchild of local man, the late John Gillespie from Crolly, who had spent the early part of his career working in the ESB, so he was very familiar with electricity generation.

In May 1997, the first 5 turbines started turning. These were followed by a further three turbines in 2000. An extension to the wind farm saw five additional wind turbines installed in 2019.

Last year, an online public consultation opened for Cronalaght Windfarm Limited with details being released about the plans to repower and to increase what is known as the installed capacity of the wind farm from five megawatts to up to 18 megawatts.