Donegal will be affected by Northern Ireland Covid-19 'spillover' - claim 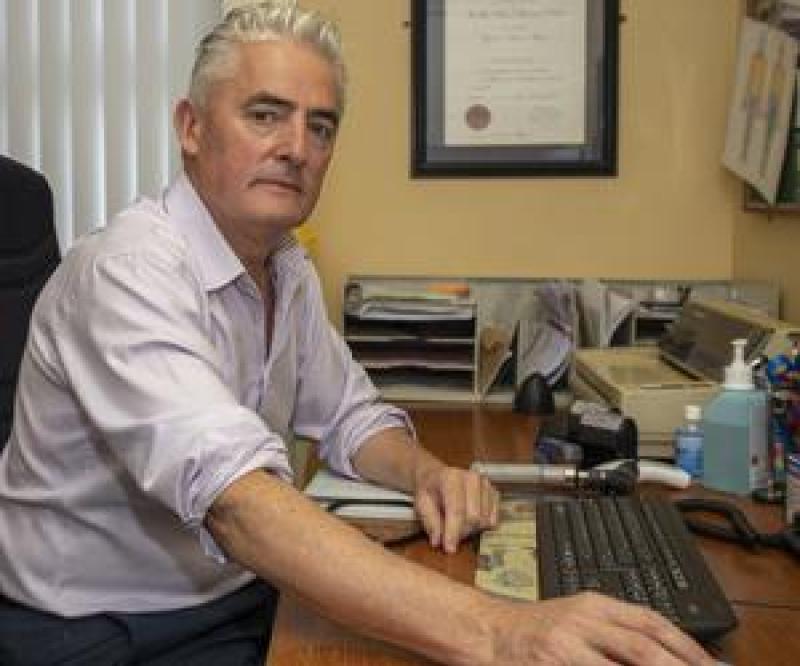 A Donegal GP has warned that unless Covid-19 restrictions were continued and improved upon in Northern Ireland, the spillover effect of cross-border movement would continue to have a major effect here.

Speaking n the RTE Six One news on Wednesday evening, Lifford GP, Dr Martin Coyne, also said the lack of discouragement for people to cross the border and particularly now to do things like their Christmas shopping, could mean the county could be stuck in Level 5 restrictions longer than the rest of the country.

He was also critical of the fact there were fewer garda checkpoints on the border and No PSNI checkpoints to stop discourage traffic coming into the county for things other than work.

Dr Coyne also said he had seen a huge rise in the number of Covid cases in his own practice in Lifford in recent times.

"We had 18 cases in the first six months until the start of September and since that we've had close to 180, so almost 10 times that number over a 10-week period."

Asked if he put that high rate of cases in his area down to cross-border activity, Dr Coyne said they they looked at Donegal as a whole, the eastern side extending from Derry through Lifford and into Castlefin had recorded the highest incidence in cases.

"The highest incidence runs along the border. If you go to west Donegal the incidences are much much lower. In fact the incidents in Donegal is nearly twice the national average now as a whole so I would suspect in this particular electoral division, the incidences is more than that, far more than twice, probably three times.

Dr Coyne also reacted to the differences in the restrictions on either side of the border where shops, gyms and swimming pools are still open and whether people would be tempted to cross the border with Christmas shopping in mind.

"There is absolutely no discouragement to people going across the border at the moment. During the initial few days of Level 5 we had quite a large garda presence on all border crossings so that was just making in inconvenient; it was discouraging people to go over for frivolous reasons.

"Obviously workers who are working on both sides of the border have to be able to move and back for their work and I wouldn't be discouraging that at all but I do think the fact retail is open in Derry and Strabane, there's large swathes of people from Donegal going into the North to do their shopping and that free movement is having to have some effect on our incidence here," he said.

He was asked if he wanted to see more garda and PSNI checkpoints on the border crossings.

"We have to take some sort of a grip on what is happening in Donegal. The lack of efficacy of Level 5 which is being diluted by the lack of sanctions that are in Northern Ireland I think. We really have to look at it seriously to make an imprint on our high incidence rate."

Asked about the stalemate in Stormont over the Northern Ireland Assembly's failure to reach any agreement in relation to extending or ending sanctions Dr Coyne said he echoed what Dr Tom Black of the British Medical  Association that he was no not happy with the level of restrictions that were there at the moment.

"He's absolutely furious at the possibility that those level of restrictions  will be relaxed even further. We will have a real problem in Donegal if those levels of restrictions are relaxed because the incidence in Northern Ireland will not drop and we will get the spillover effect," he warned.