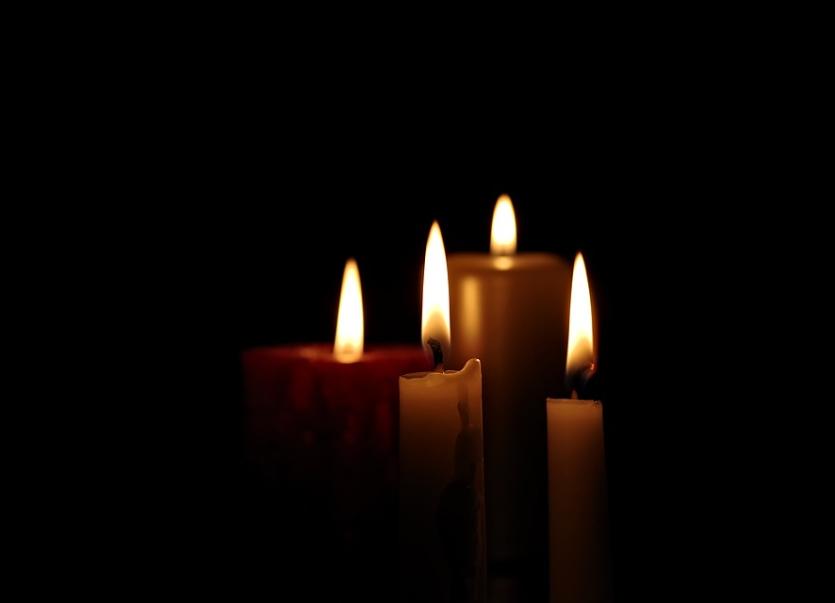 The death has occurred at her residence of Kathleen Gavigan, née Goan, Cloughbally, Ballyshannon. Predeceased by her husband PJ, brother Danny and parents Margaret and Charlie. Kathleen will be deeply missed by her son Pauric, daughter-in-law Martina, daughter Margaret, son-in-law Doug, daughter Katrina, daughter Charlene and partner Dave, all of her grandchildren, sisters Mary, Ann, Carmel, Noeleen and Angela, all of her sisters-in-law, brothers-in-law, nieces, nephews, extended family circle and friends.

Reposing at the family home on Friday and Saturday for family, neighbours and close friends. Removal on Sunday from her late residence at 10.15am to arrive at St. Patrick's Church, Ballyshannon, for Mass of the Resurrection at 11am with interment in the Abbey Assaroe Cemetery. The Funeral Mass can be viewed live at https://www.churchservices.tv/stpatricksballyshannon

The death has occurred in the Lake House Nursing Home, Portnablagh of Hughie McGinley, formerly of Muckish Terrace, Creeslough.

His remains will be reposing in St Michael’s Church, Creeslough from 7pm on Thursday, June 10.

Funeral Mass on Friday, June 11 at 11am with burial afterwards in Doe Cemetery.

Due to HSE and Government guidelines, funeral and burial are private to family and close friends only with a maximum of 50 people permitted.

Removal from McGlynn’s Funeral Home on Thursday, June 10 at 3pm going to her late residence.

Funeral Mass on Saturday morning, June 12 at 11am in St Columba's Church, Acres with interment afterwards in Belcruit Cemetery.

The death has occurred of Alan Duncan, Dromore, Mountcharles.

Suddenly at his residence. Removal from Gallagher’s Funeral Home, Station Road, Mountcharles today at 4 pm, going to his late residence.

Removal from there on Friday, June 11 going to the Church of Ireland, Mountcharles, for 2 pm funeral service, with burial afterward in St John’s Churchyard, Inver.

Due to government and HSE guidelines, the wake and funeral are private to family only, please. Anyone wishing to give their condolences can do so on the Gallagher Funeral Directors & Funeral home Facebook page.

The death has taken place of Bridie Forker, Annagry, in Dungloe District Hospital.

Removal from McGlynn’s Funeral Home this morning, Wednesday, June 9 at 11am going to her late residence.

Funeral Mass onThursday, June 10 in the Star of the Sea Church, Annagry at 11am with interment afterwards in the adjoining cemetery.

Due to HSE and government guidelines, wake, funeral and interment are private to family and close friends only please, with a maximum of 50 people permitted.

The death has occurred of Danny O’Donnell, The Mullins, Donegal Town and formerly of Tullyvinny, Raphoe at Aras Mhic Shuibhne nursing home, Laghey.

Remains will be reposing privately to family and friends, at Gallagher’s Funeral Home, Station Road, Mountcharles on Wednesday, June 9 from 5pm until 8pm.

Removal from there on Thursday, June 10 going to St Mary’s Church, Killymard, for 11am funeral Mass, with burial afterwards in the local cemetery.

Anyone wishing to give their condolences can do so on the Gallagher Funeral Directors & Funeral home Facebook page.

Due to government and HSE guidelines the funeral is private to family, with a maximum of 50 people permitted.

Private family reposing at her home; Margo’s cortege will leave her home at 11.30am on Thursday, June 10 to St Patrick’s Church, Belleek, for 12noon requiem Mass, followed by burial in adjoining cemetery.

Mass will be streamed live on  https://youtu.be/xIiuWgkEXUc

Late of Donegal and Tallaght. Sadly missed by his military colleagues and friends.

A private funeral will be held on Thursday, June 8.

Dearly-loved husband of Sheila and loving father of Shane, Roisin, Eilis, Dara and Odhran. Deeply regretted by his sorrowing wife , sons, daughters, brothers, sons-in-law, relatives and many many friends. Reposing at his home.

Requiem Mass at 11am in St.Joseph's Church, Rathmullan on Thursday, June 10 followed by interment in the adjacent cemetery. The Requiem Mass will be streamed live on www.mcnmedia.tv.