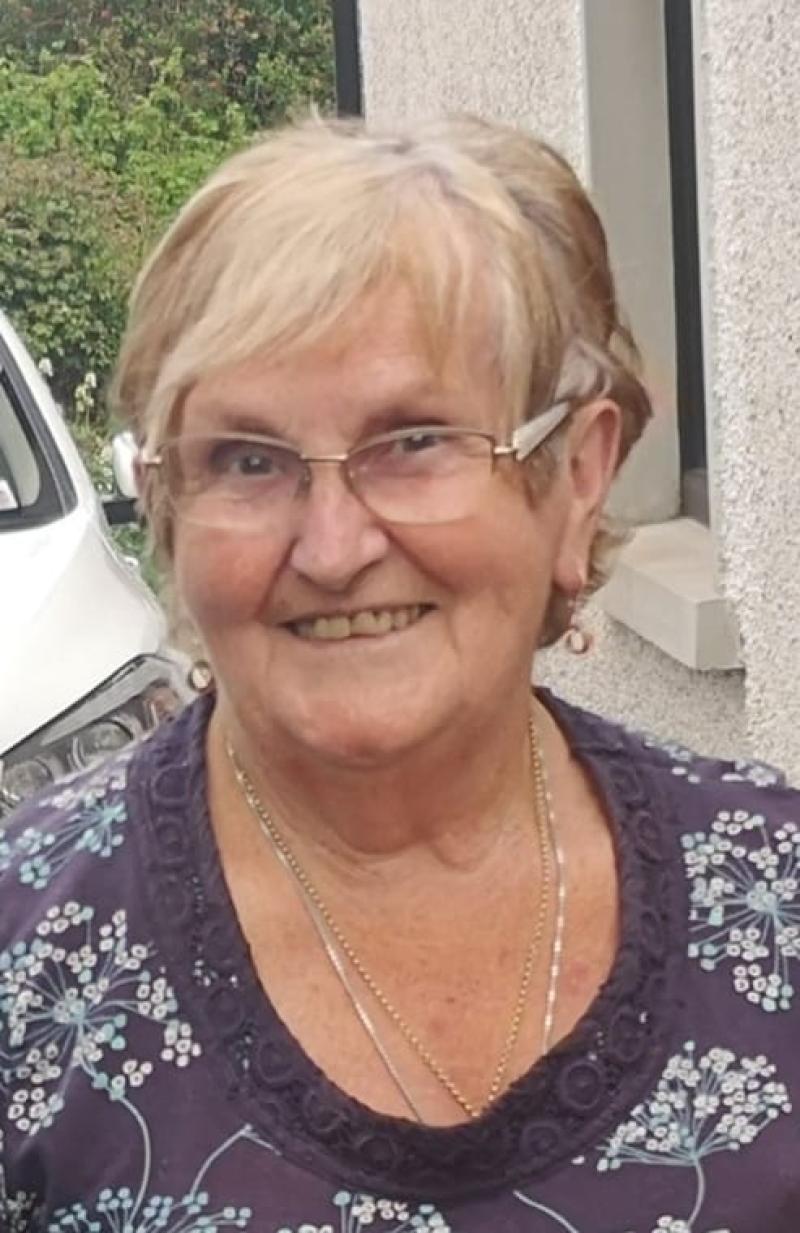 There has been a huge outpouring of sadness in south Donegal following the death on December 23, of Kitty Carty (78), Fish Lane, Bundoran.

Kitty (née Greham) was known to all as a kind and caring friend.

The home in Fish Lane was always an open house welcoming everyone with the front door open, the big fire lit and the kettle on.

She was in her element when there were people there and over the years literally hundreds from all different walks of life visited and became lifelong friends.

She had a fantastic way of making people feel at ease and comfortable and the conversation in the house would make an award winning book that would cover deep insightfulness to pure comedy and all in between.

Originally from Athlone, she came to Bundoran around 1968 and over the years she worked in many jobs, sewing in a factory, cleaning, for the rubber factory in Ballyshannon, home help and later in the amusement arcade.

Everywhere she went she was respected like a mother and all she met became friends.

Where Kitty really excelled and shone bright though, was as a mother to her two kids, a grandmother to her five grandkids, as a wife to her husband Johnny and as a caring friend to those who were really close to her.

Over the years she came through more than her fair share of traumatic and hard times, but she never allowed anything negative to shape her or who or how she was.

She always stood strong and with dignity and regardless of the situation she had the gift of being able to move on with a positive outlook.

Like the mountains and the sea, regardless of conditions, through great times and hard, turbulence and calm she remained herself regardless.

She was always a straight talker, never afraid to say the difficult things with a fantastic way of being blunt without anyone really getting hurt.

Her grandkids were her pride and joy and there was nothing she wouldn't do for them.

Over the last few years she became a regular at Gaelic Park in Bundoran where she absolutely loved supporting them on the field.

Her love for those children was plain for all to see. It shone as bright as the sun.

If Kitty Carty had to be summed up in a few words then those words would be, Loving, Caring, Proud, Resilient, Faithful, Brave and Free.

Anyone who knew her was blessed to have done so and as for those  lucky enough to have called her mother or grandma are proud, privileged and will always love her. She will never be forgotten.

Predeceased by her late husband, Johnny, she leaves behind son Sean (wife Danielle), daughter Deirdre McGrath (husband Shane), five grandchildren Katie, Shauna, Johnny, Dáithí and Donnacha, sister in law Ellen, her nephews and nieces and her circle of close friends to whom deepest sympathy is extended.