The former Moville Celtic Chairman was laid to rest on Saturday 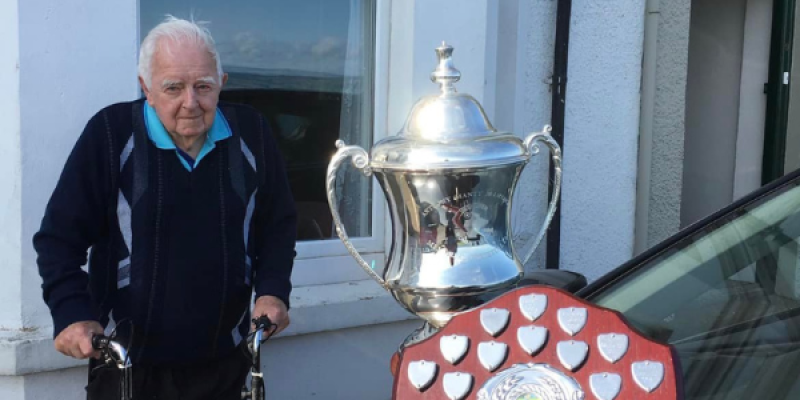 Moville Celtic have paid an emotional tribute to ‘absolute gem’ Gerry Lynott, who was laid to rest on Saturday.

Gerry passed away at Letterkenny University Hospital on Thursday.

He was a former Chairman of Moville Celtic and flags flew at half-mast at his beloved Glencrow following his passing.

“Gerry was an absolute gem of our community and here at the club,” Moville Celtic said.

“We would like to thank him for all his years service and good deeds he done behind the scenes.

“Gerry would often pay for the youth buses out of his own pocket and never seen any kid stuck, and always making sure they had a few pound for the shop after the game.

“Gerry was hugely involved in the club throughout the years. He was always on the committee and managed numerous teams at different levels. He played a key role in securing the land at Glencrow.”

Gerry lived at Montgomery Terrace in Moville and most recently was a resident at Larissa Lodge Nursing Home in Letterkenny.

He was much loved form his position at Lynott’s Corner Shop, a role he filled for almost 80 years.