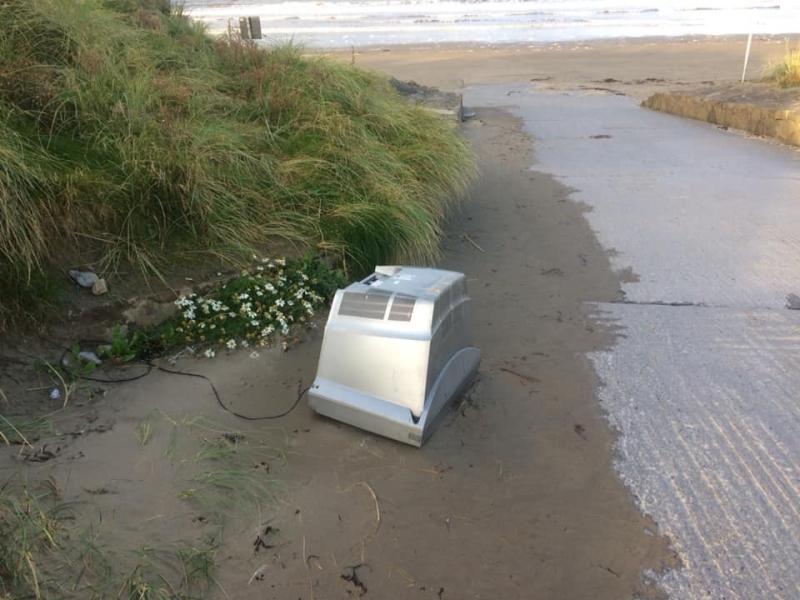 ”Unfortunately some idiot thought it was ok leave their TV at the beach but thankfully it has since found its way to the nearby recycling centre in Laghey!”

The television looks like it was an older tv and cumbersome making it an even more dangerous item to discard on the popular south Donegal beach.

The second photo shows the television deposited at the local recycling facility at nearby Laghey.