SPECIAL FEATURE: Why Donegal is so different, and so special 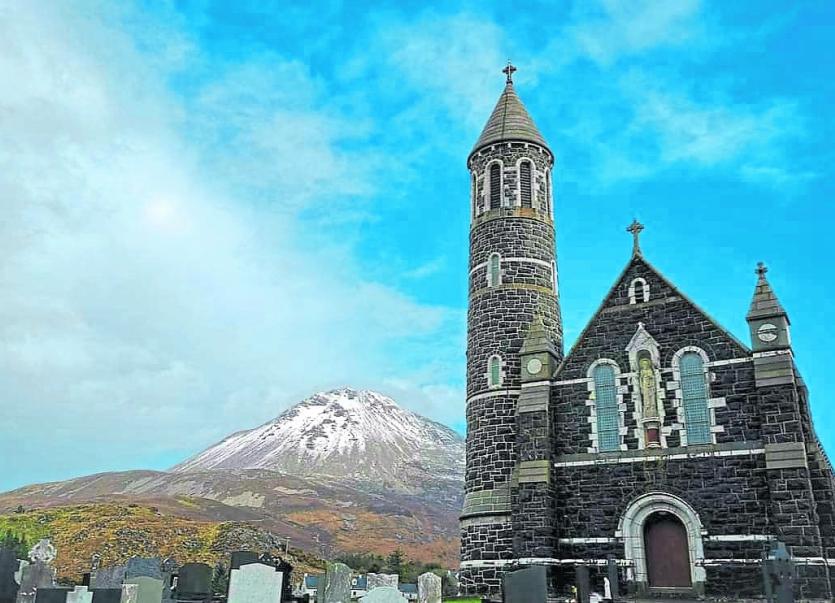 Donegal or Tír Conaill has always been different- a special place where the wind sings the secrets of Nóirín Ban and the mountains lie like sleeping gods.
We are a true independent republic, a primal beauty with the red fuschia, Deora De, ‘the tears of Christ” exploding across the coast, purple heather, brown heath and hardy black faced sheep that can run like Masai warriors over the black boggy mountains.
The soul of the O’Donnells, Dohertys, McLaughlins, Boyles, Sweeneys, and Gallaghers to name but a few, lies in the mountains west to where the great Gaelic chiefs were banished so the strangers could sit in the lowlands of Raphoe and the East of the county.
The Rosses and Gaoth Dobhair are truly special rocky kingdoms on the edge of the Atlantic that produced literary greats like Seosamh MacGrianna, a champagne socialist called Peadar O’Donnell, the wonderful Patrick McGill and maybe we can grab a piece of Brian Friel, whose soul was saite agus baite sna Gleannta.

Smile
And if they could bottle Mairead Mooney’s smile then we would not be able to hold the tourists back.
We have loads of different dialects from the soft Gaelic burr of Gaoth Dobhair, the machine gun delivery of Letterkenny and Inishowen to the lazy Connacht brogue from Ballyshannon and Bundoran.
Emigration has bled our brightest and best for generations and bore great anthems of the dispossessed like “Nóirín Bawn”, The Hills of Glenswilly, “Lovely Old Fintown”, Mary from Dungloe and the Hills of Donegal.
But the native pride has always been much stronger than the foreign soil upon which we were bound to toil, for many of us are true creatures of the crags, long stepping, thin faced mountain men and women who turned into a river of green and gold when Jim McGuinness and the boys brought Sam Maguire into the Diamond in Donegal Town on a misty Autumn evening in 2012.

GAA
Gaelic Football is the real religion of this county and those two victories in 1992 and 2012, triggered a kind of manic celebration that was as deep as the Waves of Tory and just as wild.
This county would be very suitable for a Gaelic Mount Rushmore, and they don’t come any closer than the truly sparkling Errigal Mountain looking down on the Poisoned Glen where the Forever Young Cu Chulainn shook death’s bloody hand.

Mountain
And there would be fierce rows as to whose head was worthy to be put near the top of our own Magic Mountain.
I would put Seosamh MacGrianna, Michael Murphy, Wee Daniel and maybe Brian McEniff although Jim McGuinness definitely has the lantern jaw of a Randolph Scott.
I was once lucky enough to have a primary school teacher called Big Frank O’Donnell, from Bogagh Kilcar and he was Tír Conaill in all its magnificent moods.
Big Frank, naturally played Gaelic Football for Donegal, could sing and play the accordion and made the history of our county and country sound like a great fight for freedom.
He was vain, and said he had dimples to rival Diarmaid O’Duibhne who enticed Grainne and caused Finn MacCumhaills only but fatal jealousy.
And when Frank came in from playing Gaelic Football with us in the yard, he would comb back his dark flaming crown back with his sweat.
Through Frank, we learned that many Gaels were heroes from Brian Boru to the canny Hugh O’Neill who took an English Lord’s daughter for his wife just to keep the adrenaline going.
Frank told us that Hugh O’Neill put manners on the English in the Nine Years War from 1594-1603, ably assisted by Red Hugh O’Donnell who is probably the original Donegal Big Daddy as his progeny was legendary.

Castle
Red Hugh, who has a castle in Donegal Town, was poisoned by a C16 version of the English SAS in Spain, or so Frank believed.
And then he got really lyrical on Wolfe Tone, Robert Emmett, Patrick Pearse, Thomas McDonagh and Thomas Davis who wrote the national anthem of Galway called “The West’s Awake” sung so beautifully by an old tutor of mine called Joe McDonagh, when the Tribesmen won a memorable All-Ireland Hurling Title in 1980.
With Frank, legend, lore and history leapt from the pages into my hungry heart, and for that I am forever grateful.
Frank taught us that it was good to have an identity but also that the English weren’t all bad.
After all, any country that produced William Shakespeare, Pearce Byshe Shelley, William Wordsworth, John Keats, Dr Johnson, Francis Bacon, Elizabeth Browning, Dean Swift and Bobby Charlton could not be all bad.
He was our eternal Big Donegal Brother whose spirit now soars high over Cill Chartha, the place he never really left.

Tourists
Every year we welcome thousands of tourists who come looking for the craic.
They bring badly needed cash to places like Buncrana, Bundoran, and all along the West coast.
And boy have they got something to see from the Bluestacks, Sliabh Liag, Mucais, The Grianan of Aileach to Cnoc Fola..or Bloody Foreland.
But beneath the rapid banter there is a Fomorian fierceness, that hardy tribe hung out in Tory Island in the heart of those who come from “The Fort of the Foreigner”.
This is all part of the rich tapestry that makes up the land of Conaill.
Truly there is no place else on earth just like the Homes of Donegal.
Why Donegal?
My Donegal heart has a million reasons that will tell you why not?