READ THE REID: No coincidence this all happens during the holy season of Lent

Society has been contaminated long before the coronavirus 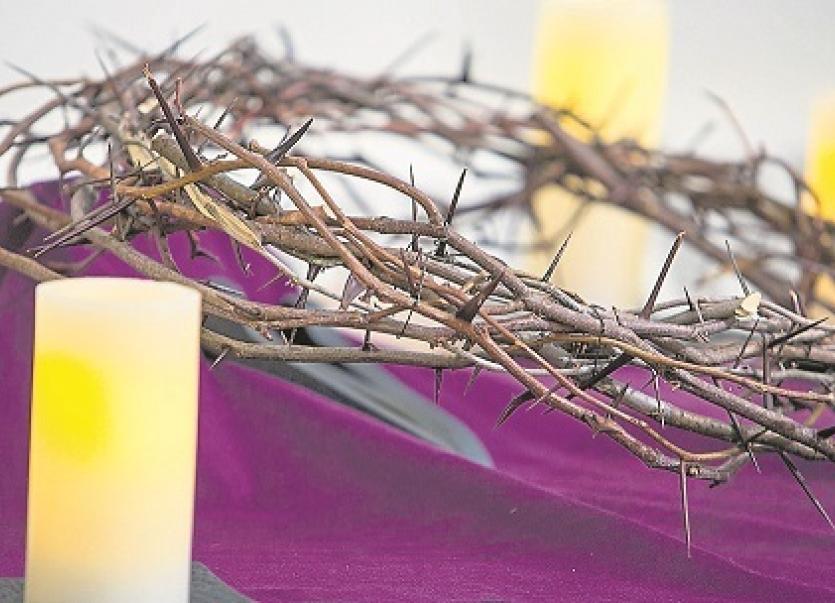 “Sometimes faith doesn’t take away fear; it gives us the grace to live and love in the midst of it” (Aleteia.org)

Perhaps it is time to look at this virus pandemic from a faith perspective. Even the earliest civilisations believed in the supernatural and in times of fear and worry, it was to their god that they turned.
The world has a crisis in faith today which is rooted in a loss of the sense of the supernatural. So, let’s go for the jugular!
I’ve already stated, in relation to coronavirus, that fear of the virus is worse than the virus itself.
It is said that the words “Be not afraid” appears in scripture 366 times - one for every day of the year (leap years included). When my dear friend Fr. Paul Gallagher (now deceased) was bringing me back to sanity and my faith, he encouraged me to read about the saints. I learned that even the saints had fears and anxieties at times.
Is it a coincidence that this great current tribulation comes during the Holy season of Lent which is a time of penance, fasting and prayer?

Purge our souls
Lent is a time to purge our souls of the sin of the rejection of God and contemplate the murder of His Son on the Cross.
These times are worse now than they were before Noah’s flood. Society has been contaminated long before the coronavirus. We were foretold to get our house in order.
Perhaps, in this time of Lent, we are being warned again. Night has been falling on this Brave New World, as Aldous Huxley said over seventy-years ago.
More importantly, we have been cautioned by the Popes; Leo XIII and Pius IX and Pius X and above all Saint John Paul ll, the greatest man of the worst century who labelled us the “culture of death”.
We too here in Ireland are party to the West’s holocaust of abortion. If the God of life does not respond to this culture of death with judgment, God is not God.
If God does not honour the blood of the hundreds of millions of innocent victims then He is not the God of the Bible or the God of Israel. He’s a man-made myth, a fairy tale.
Yes, God forgives but the unrepentant refuse forgiveness.
The theme of spiritual warfare is never absent in scripture, and never absent in the life and writings of a single saint. Yes, we are at war but still we rarely ever hear about it.
We are not at war with the Muslims who call us “The Great Satan” but who are often more loyal to their half-Christ than we are to our whole Christ.
Nor we are not at war with the Jews, our “fathers in the faith” who we persecuted for over two millennia by doing Christless things to them that we made it almost impossible for the Jews to see their God—the true God—in us.

Enemies
Our enemies are not the liberals or anti-Catholic bigots who want to crucify us or even the totalitarian communists who persecute us. These are our patients.
We are Christ’s nurses. As Christians, we need to go into gutters, as Saint Mother Theresa did, and pick up the spiritually dying and kiss those who spit at us.
If we do not physically go into gutters, we go into spiritual gutters, for we go where the need is.
As a person of faith, I understand the meaning of life. I am blessed that I saw both sides; the secular and the Holy. Without faith, I would have nothing.
In these dark and desperate times, it’s so comforting and assuring. To exhibit and practice one’s Christian faith today is difficult because it’s not ‘cool’ and because of the damage done by a few bad priests and bishops; the modern-day Pharisees.
They too are victims in need of healing.
We have, bar those few, excellent Holy priests who do the Lord’s work for our sakes. Thank God for them.
The liberalist and socialist establishment media are not our enemies either. They are complicit in everything that is unholy and serve their global masters unfailingly. They too are in need of healing.
We should never be ashamed of our faith despite the concentrated effort to destroy it. You will be scoffed and ridiculed – not a new departure for it was in vogue precisely at this time when we hung Jesus from a cross over two-thousand years ago.
The Church of the Irish Martyrs in Letterkenny has a very educational website which lists 17 Irish martyrs who died for the faith. They made the ultimate sacrifice.
Throughout the centuries, our forefathers believed that the faith was something worth dying for.
A lot of Christians still do, though we rarely hear about their crucifixions in distant war-torn shores.
As mammies and daddies, we have turned our backs on God. When we had our children baptised, we promised God that we would bring them up in the Catholic faith by instilling the moral code by example and by deed.
They are a gift from God who are on loan to us because God will take them back again sometime. He will expect to receive them in a state of grace as he commanded.
Fr. Paul told me that I would be a saint in heaven one day, but that I must abide by God’s rules. To be honest, I was derisively gobsmacked. But now I believe him. We are all called to be saints.
This is how we will defeat the enemy who are the fallen angels and evil spirits. If you’re shocked, don’t be. We need a good wake-up call.
Just over two thousand years ago, twelve young Jewish men conquered Rome! You too can become a saint. Absolutely no one and nothing can stop you. It is your free choice.
What holds us back? Fear of paying the price. “Be not afraid”.
Keep the faith!