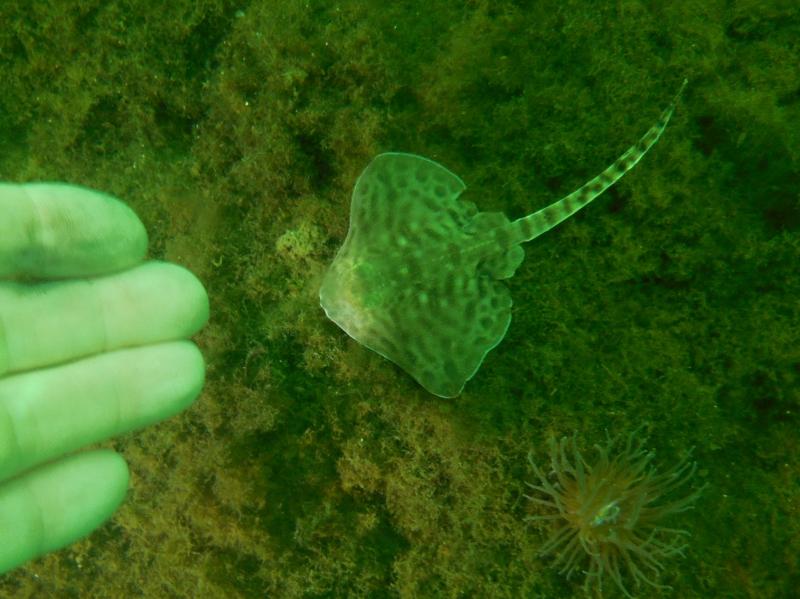 While the autumn temperatures begin to take effect, Sheephaven divers continue to take full advantage of the local dive sites and were back in the water on Saturday and Sunday mornings.
Saturday morning's dive was at a new location in Mulroy Bay, as conditions out to sea were quite poor due to a northerly breeze pushing across an ebbing Spring tide.
In contrast, the run up to Broadwater Bay was in much better conditions and gave the divers the opportunity to look at a new dive site between Juniper Island and Park Point, near Cranford Bay.
Interest in this site stemmed from local information that it was from the jetty at this location that local emigrants for America embarked upon Lord Leitrim’s yacht Ganiamore, which subsequently connected with the Atlantic steamers for the onward journey.
Today, ruins of a building and a lime kiln mark the location from which the sad journey would have begun for the people from Fanad.
If it was from here they commenced on their great adventure, then possibly from a diving perspective there was some indication of their presence at this location 100 years ago.
However in the six-metre deep water between Juniper Island and Park Point there was no evidence that the site had been used to moor the Ganimore or that it was an embarkation point for American emigrants.
The sediment seabed is nearly entirely covered with dense but short-stemmed seaweed, with occasional clear patches of seabed.
However, what was of great interest to the divers was the marine life, with the presence of a number of empty ray egg casings and then to top it all a sighting of a juvenile thornback ray, no bigger than the palm of the diver's hand.
Ten years ago there would have been regular sightings of mature rays in Mulroy Bay, but their numbers had dwindled. However, thankfully they appear to be making a comeback and Saturday's sightings confirmed that opinion.
With Saturday morning’s air temperature in single figures the water temperature also has definitely dropped back, down to less than 12 degrees for the first time since the spring, while water visibility was excellent at over 10 metres horizontally.
Sunday morning’s Sheephaven activities was a lovely snorkel out from PortnaBlagh, where the welcome return of Robin Law to the water after a bout of poor health was marked by a donation from his wife, Mary, to Sheephaven Search and Recovery Unit.
Mary has recently retired from her role with the Dunfanaghy Country Market, and at her retirement benefit a sum of €202 was raised, which was generously donated to the Sheephaven Search and Recovery Unit.
For the snorkellers, in-water conditions were near perfect, with clear water across the harbour to the caves and the nearby Golf Course Point. To top it all off was the sighting of dolphins in the bay, finishing a lovely weekend in the water.