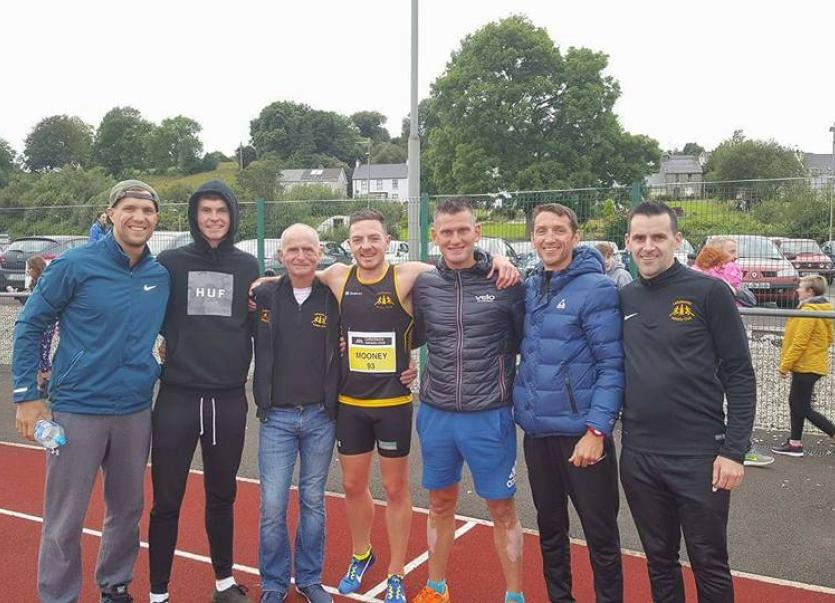 Another sub four minute mile was posted in Donegal last night at Letterkenny Athletic Club's fifth international track and field meeting at the Danny McDaid Track.
Robert Domanic from the USA was first home in the mile event - he posted a time of 3:59.98 to bring the curtain down on a superb night of action. The lead bunch went through half way in around 1:57.
While a slow third lap meant it was going to be touch and go for sub four, the American, who has a personal best of 3:54.73, kept it together down the home straight to cross the line with little to spare. Second was Sam Prakel (USA) in 4:00.26, with Blake Haney (USA) third in 4:00.99.
Letterkenny AC's Danny Mooney, with a personal best of 4:00.79, placed ninth in a time of 4:04.21
The event, which attracted a sizable crowd on a dry and slightly breezy evening, saw five new venue records set. These came in the women's 800 metres in which Kaela Edwards of the USA clocked 2:03.38; the 3,000 metres men which was won by Drew Hunter in 8:14.95, the women's 3,000 metre steeplechase where Mel Lawerence took the win in 9:36.65; the men's shot which saw England's Scott Lincon throw 18:53 metres and the women's shot in which Christina Nick from England take the win with a 13.1 metre throw.
Speaking after the event, meet organsier, Daragh McDaid, said the night had been a great success.
"Overall, it was great meet. We had four new venue records and another sub four minute mile. The standard was really good out there on the track. Thankfully, the conditions were good, we had a nice crowd and there was a good buzz about the track which all helps," he commented.

Special guest at last night's event was Irish record holder for the mile, Ray Flynn. 35 years ago yesterday, Ray Flynn posted the fasted ever time by an Irish man in the mile when he clocked 3:49.77 at the Bislett Games Dream Mile held in Oslo.

Flynn has run 89 sub-four minute miles, with his best time (and current Irish mile record) of 3:49.77 on July 7, 1982 in Oslo at the Bislett Games Dream Mile. He also holds the current Irish 1500 meter record of 3:33.5, set in the same Oslo race. Along with Irish runners Marcus O'Sullivan, Eamonn Coghlan, and Frank O'Mara, he helped set the still standing world record of 15:49.08 in the 4 x mile relay, as a charity fund-raiser in Dublin, Ireland in 1985. Flynn represented Ireland in the 1980 and 1984 Summer Olympic Games, where he was a finalist in the 5,000 meters.