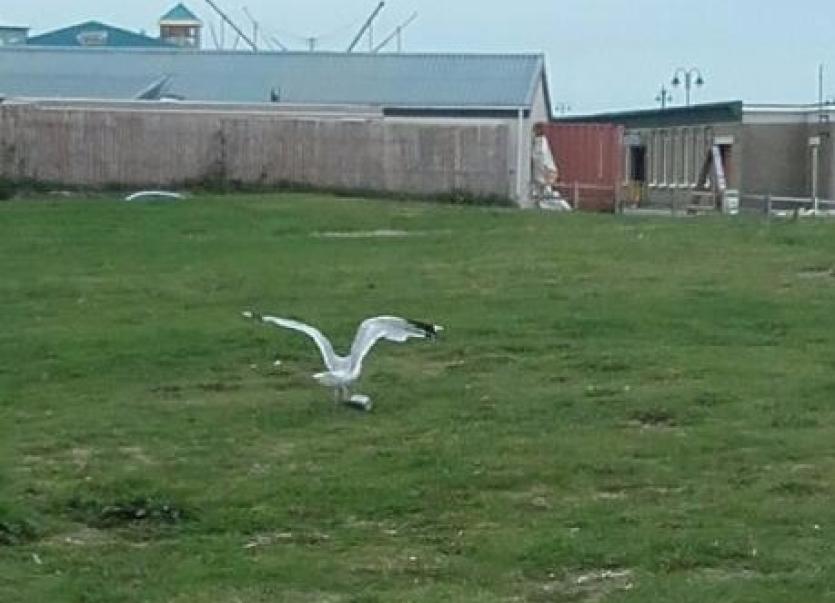 Efforts are ongoing in Bundoran to capture a struggling seagull who has its leg stuck in a can.

The seagull came to the attention of former town councillor, Mick McMahon, who is trying to capture the bird at the moment with a net. A number of people are with him.

The seagull has been suffering since yesterday morning.

Mr. McMahon said: “The seagull has been like that since yesterday morning. It got its foot caught in a can, the can is only half opened and it can’t get out of it.”

“Some people might think we would have better things to be worrying about, but the bird is clearly suffering and we just want to help it,” he added.

Those who were trying to help the bird found it extremely hard to get near the frightened bird.

Efforts to aid the bird are continuing.