Gerard Cunningham recalls his greatest sporting achievement and why it hurts

He won the Ulster Pentathlon in 1971 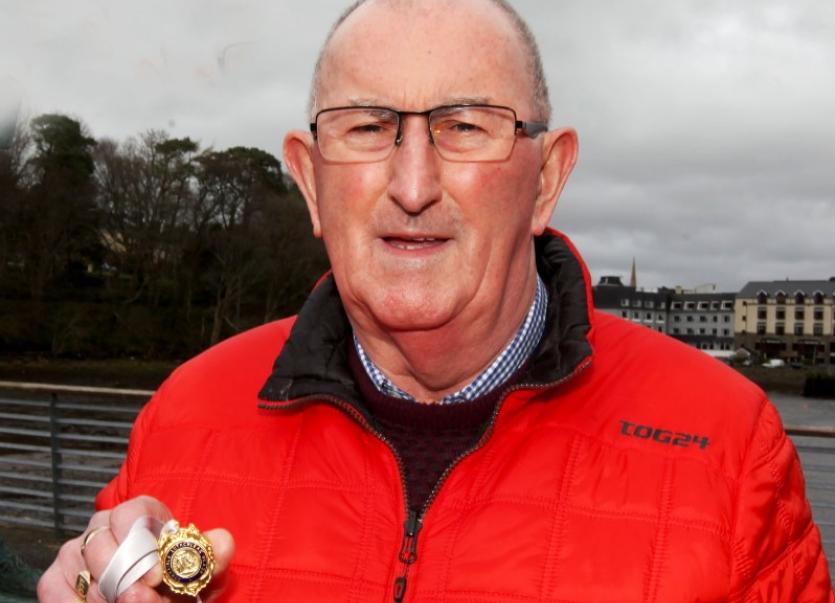 Killybegs man Gerard Cunningham, a top athlete in Donegal in his younger days, has been hurting for years becasue one of his greatest sporting achievements has gone largely unnoticed.
Now in his advanced years, Gerard from Church Road, Killybegs wants the world to know he is a former Ulster pentathlon champion.
The 100m sprint was his speciality but he was an all rounder from his days as a schoolboy going to sports days all around south-west Donegal.
Back in 1971 Gerard competed in and won the Ulster pentathlon championship.
But for some reason, never fully explained to him, it was years later before he received the gold medal in recognition of his great sporting success.
“It is something that has been bothering me for years,” he said.
“And the fact that it has never been formally recognised publicly and never has been in the papers has bothered me too.
“I will be 74 this year. I was born the same day as the plane crashed in Crownarad, up at the back of Fintra, on March 5, 1945. I feel for my family and for the record, it is only right it is made public and people hear my story.
“The only place I have ever seen it recorded is in Bernie O’Callaghan’s book (‘Footsteps in the Sands of Time - the history of Donegal athletics 1969 to 1990’) - but nowhere else.”
The 1971 Ulster Pentathlon was staged in Killybegs in McDevitt Park, Fintra and there were athletes from all over Donegal and Ulster taking part.
On the day, Sunday, August 16, Gerard Cunningham left all others, among them some of the leading athletes in the province at the time, in his wake.
“I had 1900 points, Bernie O’Callaghan had 1891 and Patsy McGonagle had 1890 points,” Gerard recalled.
“In the evening when I checked the score I saw I was on top of the leaderboard. But when I went to collect my medal I was told by one of the officials the competition wasn’t over and that a lad had arrived late from Belfast. He was let enter and was out doing the event with a pacesetter.
“I was very annoyed and disgusted, though I did not make a big fuss about it. One of the children at home was sick on the day so I went home.
“I was very annoyed and when it subsequently filtered down about a year or so later that the fella from Belfast wasn’t eligible to compete on the day, I began to enquire about it again.
“I felt, well if he (the late entrant) hadn’t won it, I had 1,900 points so I must have won it. I went to Dermot O’Callaghan, who was one of the main men in the club (Killybegs AC) at the time and one of the organisers on the day, to enquire about it.
“He told me he would have to look into it and he would call a meeting on it. However, it was years later before I heard anything about it again.
One evening - it must have been 10 or 11 years later - Enda O'Callaghan called to the house and handed me the medal.
“It was one of the greatest days in my sporting career and that has hurt and that is why I feel so strong about telling my story and getting it on the record.”
In the Democrat on the Thursday following the event it was reported the medals in the in the pentathlon were between five, James McLister, (Corrigan); Gerard Cunningham, Killybegs; Eamon Sweeney, Lifford; Patsy McGonagle, Cranford and Bernie O’Callaghan, Killybegs. .
The Democrat also reported the delay in announcing the results was due to the fact that new tables had not yet arrived here. But the results will appear in this column as soon as they are decided.
However, looking through the athletics column for the following couple of weeks there is no further word on the results.
“My recollection is there was a dispute over whether James McLister was eligible to compete or not,” recalled Bernie O’Callaghan when contacted to find out his memory of the day.
“He (McLister) was, or just had been, a member of Corrigan club Athletic club in Belfast but had transferred to Annadale Striders, also in Belfast.
“The problem was while Corrigan AC was affiliated to Ulster Athletics, the organisers of the championship the Annadale Striders weren’t. And therein lay the problem and it was later decided he wasn’t eligible to compete in the championship because he was no longer affiliated to Ulster Athletics.
“This resulted in Gerard Cunningham winning the event.”
As for the the presentation of the medals Bernie O’Callaghan doesn’t recall how and exactly when he received his medal other than he has his among his large medal collection.
“It’s a long time ago and I don’t know when I received my medal but I do have it. I went away to join the Irish army in 1973 and I must have got it before that. But I’m not sure about that.”
Enda O’Callaghan, Bernie’s brother was the person Gerard claims was the dropped the medal into him one evening.”
But Enda has no memory of doing so.
“It’s a long time ago, close on 50 years and I don’t remember dropping the medal into Gerard. But if I did I was only the delivery man and was sent by someone else,” said Enda.
Hopefully, Gerard can now enjoy his success.