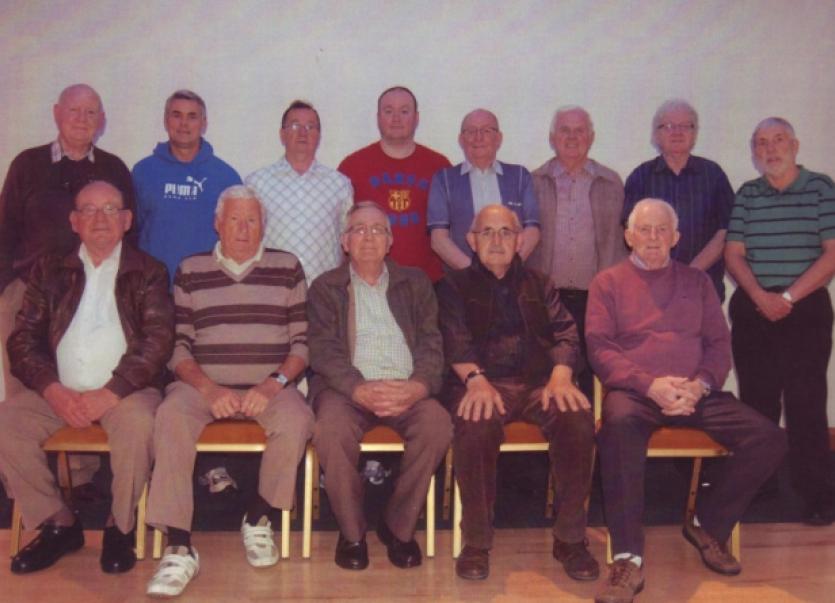 Get together any of the stalwarts and old hands that once donned the gloves of Letterkenny Boxing Club and in the verbal sparring that ensues the talk will inevitably round on one particular name.

Get together any of the stalwarts and old hands that once donned the gloves of Letterkenny Boxing Club and in the verbal sparring that ensues the talk will inevitably round on one particular name.

Malachy Price and Packie Gibbons fought many a good fight in their time and are worthy ambassadors of the sport they both still possess a passion for long after putting those gloves away. But like countless other amateur boxers of their generation and the one that followed they have no hesitation in raising the hand of John McLaughlin as the individual who was the inspiration and guiding light for the club and those involved both inside and outside the ring.

This weekend, he will be formally remembered in the town where his commitment to the cause has never been forgotten at a memorial reunion in the Station House Hotel on Friday night.

For the likes of Malachy and Packie, it will also represent an opportunity to meet up again with former combatants who may now be somewhat ring rusty but will undoubtedly be fit to recall the bouts and battles and the stories and personalities surrounding them.

The first Letterkenny man to win both an Ulster and a National title – he went on to triumph on three occasions in each from the 1950’s – Malachy needs no persuading in naming the man he says was most responsible for his and other local boxers’ success at this level.

“You can only give credit to John. It was hard for him to keep down a job and raise his own family but he did that and still was able to put a lifetime’s work into the club and the boxers.”

In many ways, those boxers represented his, John’s, other family while it was thanks, too, to the dedication of his wife, Susie, that the show remained on the road.

“John was like a father figure to everybody.” Packie agrees. “He kept everyone on the straight and narrow. And Susie was instrumental too in all that was achieved.”

It was Packie’s father,Willie, who had initially established a boxing club in Letterkenny back in the 1930’s and upon his arrival in the town in 1938, John McLaughlin got in touch with him to lend his expertise. It was thanks to the latter that the Donegal County Board was set up and with it an organised approach to the sport.

But there were years when local boxing gymnasiums were a thing of the future and such organisation was, to say the least, dependent on last minute interventions. Packie recalls the day when he was working in Patterson’s Butchers in 1947 and Charlie Sweeney, a barber who worked nearby – and a brother of Susie McLaughlin – came in and informed him that a boxing tournament was taking place in Dungloe the following night and would he, Packie, be interested in competing. Similar approaches were made to Dick Duffy, Johnny Herron and Reggie McCauley to make up the Letterkenny team. And so it was that a taxi, also containing John Doherty, another barber who worked in McGeever’s on the Main Street – this could truly be said to be literally cutting it fine – made its way to Dungloe for the Friday night tournament.

Out of that stemmed the rebirth of Letterkenny Boxing Club which had been forced into submission as a result of the outbreak of the Second World War.

Those were the days also when training was carried out in venues far removed from today’s set-ups. The old workhouse was one such establishment.”Thick walls, no windows, it was a bit like a prison.” The Devlin Hall, Shesgreens, and Nee’s Hall, all of them at some stage home to the boxers and coaches of Letterkenny B.C.

Another recollection. Packie preparing for the Donegal Championships and found by John to be over the weight limit. “He asked me to come along to his house on the Port Road the next day and when I arrived he and Susie had taken all the furniture out of a bedroom to give me the space to train. And there I was skipping for all I was worth in front of an oil fire and the sweat pouring off me.

“But it did the trick and I lost the one and a half pounds I needed to.”

The list of fighters both introduced to the sport and to subsequent success on the local, provincial and national stage by John McLaughlin is impressive and Malachy Price is proud to be among them. From joining the club in 1955 – sparring alongside the likes of George and Jack McLaughlin (sons of John and Susie), Mickey ‘The Boy’ O’Donnell, Jim and John Price, Seamus Hoolihan, Peadar and Donal Higgins, Mickey Duffy, Andy and Jimmy McGranaghan, John McMonagle, James and Robert Callaghan, Hugo and Tommy Daly and many more over the years – Malachy took his first Ulster Championship title in Belfast in 1957. “John thought George and I were ready for it and so off we went. I got to the final and was lucky enough to win it,” he remembers with supreme modesty.

At the end of one of his Ulster title triumphs, he received a standing ovation from the crowd packed into the Ulster Hall while the final in 1959 lasted precisely thirty seconds.

And Bobby Murray out at the Port Bridge lighting the tar barrels to greet him when he came home.

They’ll all be remembered at this Friday night’s specially organised Reunion in the Station House Hotel (8.p.m.) where boxing legends and Olympians Pa Sharkey, Brian Anderson and Jim McCourt, are expected to put in an appearance.

And another legend, now occupying a ringside seat above, will be fondly recalled.