Much sadness at death of popular Donegal garda 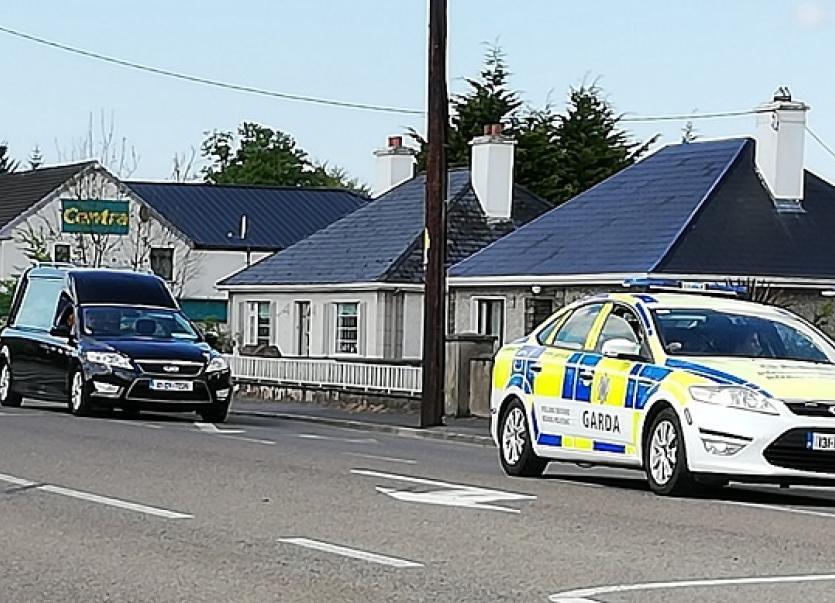 The community of Donegal Town was out in force - while respecting physical distancing - to bid a final farewell to retired Garda Joe Rowley.

The former garda died on Sunday, just 15 months after his retirement from the force.

Often described as a gentleman, he was a popular garda and much-loved member of the community. The esteem in which he was held was evident in the number of people lining the streets as his remains were brought from his home in Drumlonagher, through the town centre to the Garda Station and back out to Clar where he was laid to rest on Tuesday.

Neighbours from Drumlonagher and the former garda’s previous residence in Ardeskin Heights lined the route as a garda patrol car led the cortege. In a nod to his native county, some neighbours flew Mayo flags in their homes and gardens.

In the town centre, business owners and members of the community stood respectfully in the street as the remains passed through. All those on the street were mindful of the two-metre physical distancing guidelines.

At St Agatha’s Church, Clar where the former garda was laid to rest, colleagues and other mourners kept a respectful distance at the church gates and along the roadside.

Requiem Mass was held behind closed doors but was broadcast from St Patrick’s Church on the parish webcam.

Fr Willie Peoples PP told those gathered that Joe Rowley had come from Swinford in Mayo. He was born in 1959. After attending school locally, he decided he wanted to join the force.

“He went to Templemore on his 21st birthday,” said Fr Peoples. “What a birthday present that was.”

After his graduation from Templemore, the young garda was stationed in Buncrana.

“It was there that he met Marie at a Fleadh Cheoil,” said Fr Peoples. “They were married in 1983.”

He was transferred to Donegal Town and remained there all throughout his entire vocation, raising his children along with Marie.

The garda’s retirement in January last year fell on the day before his 60th birthday.

“It is disappointing that he couldn’t have had more time to enjoy retirement, to enjoy his life,” said Fr Peoples.

“Joe was a very gentle kind man and I imagine he was the kind of person who liked to give people a chance. I am sure there are many occasions we will never hear about where he gave people the opportunity to make a difference, to change their ways. He just had that kindliness about him.

“He loved his family more than anything. Marie was his rock through those years.

“Joe Rowley fought the good fight, especially over the last year when he first became aware of his illness.”