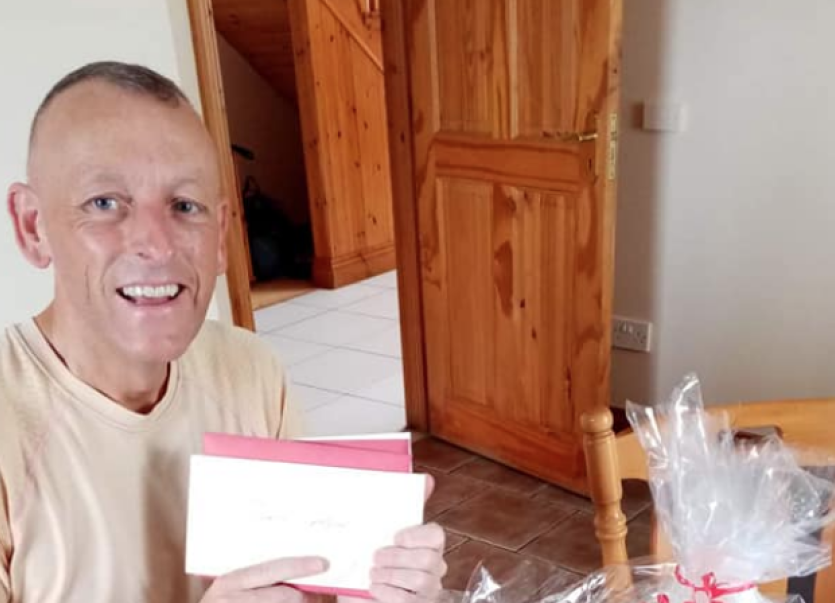 This is a family event with all proceeds going to 53-year-old former player Shaun Carlin and his family for his ongoing treatment so event organisers are encouraging you all to get out there for a walk and chat with family and friends to support this worthy cause.

Shaun has given so much time to sport in the Castlefin area and now it's time for the community to support him at this difficult time. The event starts at 11am and costs €10 per person or €20 per family. The event will start from the Castlefin Celtic FC club grounds.

Amyloidosis is the name for a group of rare, serious conditions caused by a build-up of an abnormal protein called amyloid in organs and tissues throughout the body.

A GoFundMe page was set up for Shaun and this is his story:

"We are setting up this page for Shaun Carlin, who at 53, has recently been diagnosed with a Very Rare and Incurable Disorder called AL Amyloidosis.  This disease can affect multiple organs and it's mainly the Heart and Kidneys in Shaun's case.  The disease is so rare that Shaun underwent extensive Tests, Scans and Invasive Procedures, back in September, before the Doctors could provide him with an accurate diagnosis.  We are all in Shock and are Devastated!

"Shaun was immediately started on three different types of Chemotherapy and he is in his 8th month of 9 months treatment plan.  In addition to Chemotherapy, an Immunotherapy called Daratumumab was added to the treatment plan after Shaun spent 5 weeks in Hospital back in February.

"There is a Centre of Excellence in London specifically for patients with Amyloidosis. Shaun has been referred there by his Doctors, and he is anxiously waiting for his first appointment now in June.  Essentially, we want to establish with the Amyloidosis Centre of Excellence in London, if anything further can be done for Shaun especially around Clinical Trials due to Shaun's diagnosis being Incurable and currently has a Poor Prognosis.

"We have set up this Page in an attempt to ease the financial burden that Shaun and his Family are now faced with! All Donations Are Greatly Appreciated.

"Thank You For Your Support!

"This Go fund me is set up on behalf of the Carlin family - All donations received will be given directly to the family to help with Shaun's treatment."