A Senator driven by passion and focused on equality

Equality doesn’t happen overnight. It’s one step at a time 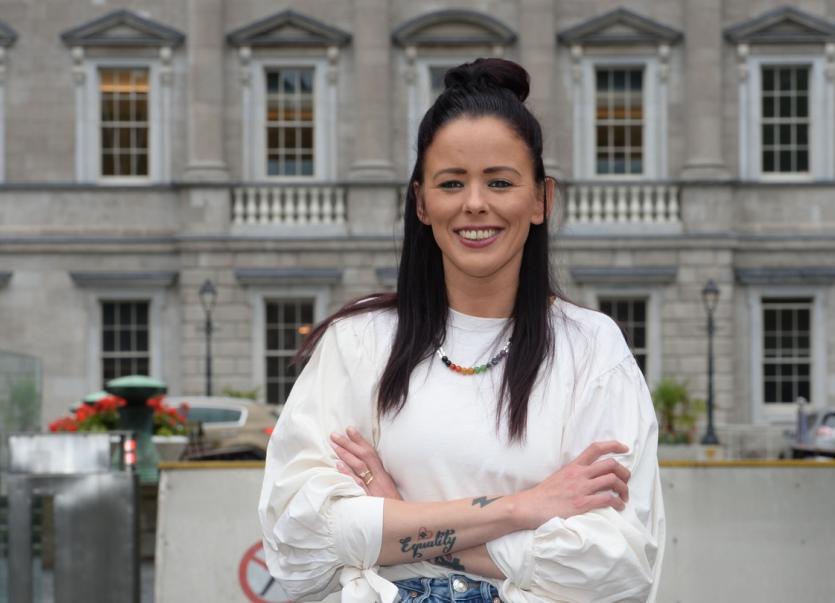 Independent Senator Eileen Flynn said her first year in the Seanad has been the continuation of a journey that began more than a decade ago with her work as a Traveller and equality activist.

It was a year ago that Senator Flynn became the first Traveller to sit in the Oireachtas, when she was nominated to the Seanad by the Taoiseach, Micheál Martin, a nomination that received wide cross-party support.

'We want the people making these decisions to see our faces'

The senator is a member of the Civil Engagement Group and also chairs the Joint Committee on Key Issues Affecting the Traveller Community.

In her first speech in the Seanad, Senator Flynn said: “For over 30 years Travellers have fought to be around the political table and it is brilliant that there is finally a voice in Seanad Éireann from a member of the Traveller community, but also a unique voice for those at the very end of Irish society.

“I look forward to being that voice and to working with everybody. I hope we can all learn from each other and that I will be the person who breaks down the barriers for Traveller people and those at the end of Irish society,” she said.

While the coronavirus pandemic ruled out celebrations, Senator Flynn’s nomination remains an historic moment for Ireland, for the Oireachtas and for the Traveller community.

She said the phone call she received from the Taoiseach that day, to notify her of her nomination, changed her life but not her purpose.

She said: “Despite the change, I still consider myself an activist. But now I have a platform I try to use to amplify voices not often heard, or highlight issues usually overlooked. I am proud of what I have achieved so far and am still as motivated as ever to continue to fight for meaningful and lasting change.”

Working with civil society and other organisations that she has long supported, Senator Flynn has brought to the floor of the Seanad scores of issues that reflect her ongoing concern for people at the margins of Irish society, addressing issues of housing, education, health, mental health, disability, economic inequality and many others.

Senator Flynn said: “While I had a good relationship with many NGOs, like the Irish Network Against Racism, and most of the national and local Traveller organisations, Uplift, and the Migrant Rights Centre Ireland, over this past year I’ve built up a more intense relationship with civil society, with the likes of Treoir, the Independent Living Movement Ireland, As I Am, Inner City Helping Homeless and other NGOs, including refuges and addiction rehabilitation services.

“It’s opened my eyes. I haven’t done one speech in the Seanad that I didn’t reach out to the NGOs or speak to people about,” Senator Flynn said.

As a member of the Committee on Education, Further and Higher Education, Research, Innovation and Science, and on the floor of the Seanad, she has championed the need to ensure equality of access to education, and the digital divide that has left so many learners behind, particularly during the focus on remote learning during the pandemic.

She has spoken on the need to provide domestic violence services and supports for all who need them and the importance of remembering the needs of women using maternity services during the pandemic. She has called for the end to direct provision and the need to welcome and provide migrants with the supports they need to become full members of Irish society. She has regularly addressed children’s rights and needs, and Government’s responsibility to them. And she has spoken out against the rise of the far right in Ireland and, what she sees as their agenda of division and other issues.

Senator Flynn has been particularly vocal on issues of importance to the Traveller community, issues of housing, health and education, of discrimination and racism, that have remained unaddressed for a long time. And she has reminded her colleagues in the Oireachtas that while she brings a particular voice and experience to the Seanad, the work of correcting successive governments’ failures to properly serve the Traveller community remains a responsibility for them all.

Senator Flynn’s recent journey to the Seanad began when she ran in the 2020 elections. She missed out by just two votes and is grateful to the county councillors across the country who gave her their support in that run. She is also grateful to Thomas Pringle, independent TD for Donegal, for his ongoing support, and to her colleagues on the Seanad Civil Engagement group, Senator Alice-Mary Higgins, Senator Lynn Ruane, and Senator Frances Black.

The senator has co-sponsored legislation with her Civil Engagement Group colleagues, including a bill brought forward by Senator Ruane that would restrict the use of non-disclosure agreements in cases of abuse, bullying or discrimination; another that would strengthen the role of quality in the public procurement process; and another calling for a deportation moratorium.

Senator Flynn said: “I’m so proud that the CEG group brought that bill forward on a moratorium on deportations. And even though it wasn’t successful it was still bringing the issue forward, and letting people know that we care about people who are undocumented in Ireland.

“I am privileged to work with the three women that I work with. When you have a team who believes in you for who you are, that’s going to empower you to do better. Getting to work with Alice-Mary, Lynn and Frances – it’s those women who keep building me up,” she said.

The senator reflected on the last year, which has been one of growth in awareness and confidence.

“I was very nervous in first few weeks, as though everyone else had more of a right to be there than I did,” she said. “But I know I bring something different, and I know a lot of that comes from life experience and doing real work, talking with people and trying to do work with people – not for people, but with people.

“This year has opened up so many doors for me to educate people, but also to give an input. I’ve done numerous talks at primary and secondary schools. Students have written to me and sent me pictures – it’s all been really lovely. And I’ve been getting letters from consultants that I was a child with and still attend today – that pride from people in my journey that I met as a child.”

She also credited her team, particularly Oein DeBhairduin, activist and writer, and former vice chair of the Irish Traveller Movement. “It’s great to be working with a Traveller man and so good that I get to lean on another member of my own community.”

She said she couldn’t do the work without the strong support of her husband, Liam, and their daughter, Billie, saying, “Liam has gone above and beyond to support me and to make things work.”

She recognises there is still much to be done. The senator said: “Equality doesn’t happen overnight. It’s one step at a time.

“A friend of mine, Dr Oonagh McArdle, did her doctorate on how you can be radical, ‘rocking the boat while staying in the boat’, and that’s one of my favourite quotes.

“That’s what I think I’m doing in there – I’m rocking the boat, but I’m staying in there as well,” Senator Flynn said.