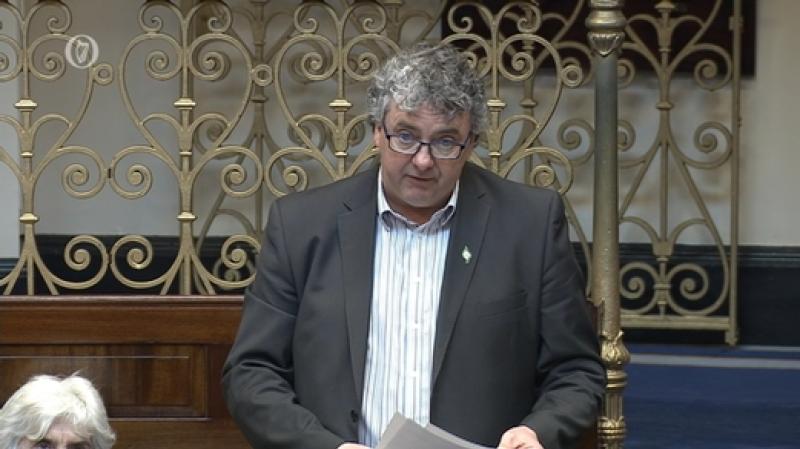 The TD that raised concerns about the sexual abuse of residents at a Donegal care home has called for the Health Service Executive’s chief executive and board to resign.

An unpublished report has found that at least 18 residents of the HSE-run Ard Gréine Court complex and Seán O’Hare unit in St Joseph’s Hospital in Stranorlar were subjected to sustained sexual abuse over a period of 13 years with the “full knowledge” of management.

The abuse was carried out by a former resident who was given the pseudonym Brandon in the report and who is now deceased. Details of the report were published by The Irish Times on Friday.

The HSE has said it has been asked by gardaí to delay the publication of the Brandon report, which was carried out by it’s National Independent Review Panel (NIRP), while investigations continue.

Donegal TD Thomas Pringle, who was contacted by a whistleblower in 2016 about the abuse, said the HSE has engaged in a cover-up of the abuse and called for the resignation of CEO Paul Reid and the board of the organisation for the delay in releasing the report and taking action.

“They have known about this report for the last three years and they have been trying to block the minister getting access to the report,” he said.

“I am very unhappy with the HSE nationally and how they have dealt with this because I think they have basically been trying to cover up.

He said he has “no faith” in the HSE to deal with the report after years of delay.

Mr Pringle said he raised the sexual abuse at the unit in the Dáil last July after the whistleblower has tried to get the HSE to deal with the issue internally.

“Eventually we were getting nowhere, so that is why I raised in the Daíl then to try and put pressure on the HSE.”

The independent TD said the question now is how many other reports like the Brandon report exist that nobody knows about.

“How many other HSE-run facilities around the country had the same or still have the same problems?”

Minister of State for Disabilities Anne Rabbitte met some of the victims' families in Donegal on Friday.  She said there needs to be clarity from the Garda on its reasons for advising that the report not be published at this time

"The families are actually none the wiser as to what exactly content is contained within the report, how the system failed them, the lack of communication with them,” she told RTÉ.

He said if disciplinary processes have to be activated they will assess them and do this in "the proper manner".

“So I have to assess – and our own HR director is assessing at this point of time – to what extent in terms of disciplinary process may need to be engaged, he told RTÉ.