Peter Casey, has accused the party of “inequality and hypocrisy” 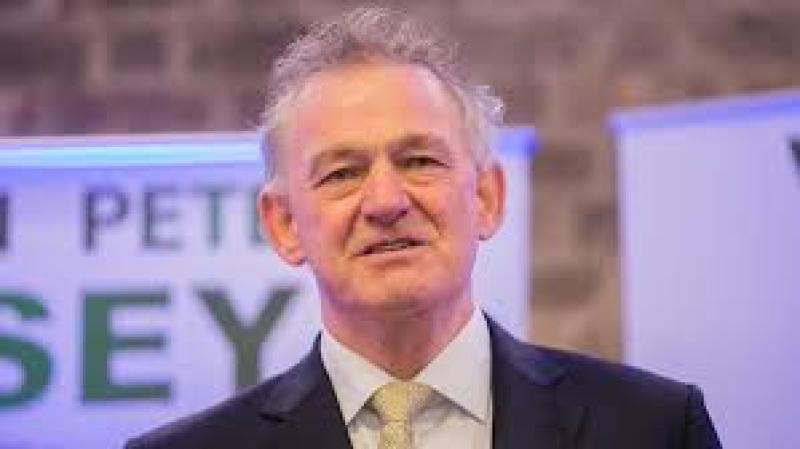 Independent General Election candidate, Peter Casey, has accused Sinn Féin of “inequality and hypocrisy” over its treatment of pensioners on the island of Ireland.

Mr Casey said Sinn Féin “is running with the hares and hunting with the hounds” by stating its intention to cut the pension age to 65 in the south, having already voted in the North’s Assembly to increase it to 66.

“If Sinn Féin’s power in the Northern Ireland Assembly teaches us anything, it is that the party cannot be trusted with power in Dáil Éireann. How can Pearse Doherty seriously expect pensioners in Donegal to believe his promise to cut the pension age to 65 after his party voted for legislation which will see it increase to 66 just across the border in Derry this year.”

Sinn Féin unanimously supported legislation - passed in the Northern Assembly in 2012 – which will see the pension age increase to 66 in October of this year.

“The Assembly with Sinn Féin jointly at the helm is now planning to further increase North’s pension age to 67 in 2026 and 68 in 2028. Mr Doherty’s party is quite clearly treating older people living in different parts of this island very differently – where is the equality in that?”

Mr Casey added: “People from Donegal to Dublin to Cork would do well to take note of Sinn Féin’s poor performance in Government in the North before voting on February 8.”

Mr Casey is campaigning for the State pension in Ireland to be cut to 65.

He said: “It is totally wrong to force people over 65 to sign on. More than 30,000 people are set to turn 65 this year. Many of them will be forced into retirement because of their working contract. Those people will have to sign on for Job Seekers’ payment for two years before they can avail of the State pension which they have worked for throughout their lives.”

Speaking as an employer and a 62-year-old worker, Mr Casey said he understands the anger felt by the working public facing into retirement.

“Public sector workers were given a special pension deal in 2014, when the retirement age increased to 66. That meant the 300,000 State employees got a much better deal than the 1.8 million people in the private sector who equally paid for their pensions all their lives.

“It is totally unacceptable to ask people to sign on for Job Seekers’ payment at retirement age and to give them €45 a week less than they are entitled to under the State pension. If a person is expected to retire at 65 then they should be fully entitled to claim their pension at 65,” said Mr Casey.