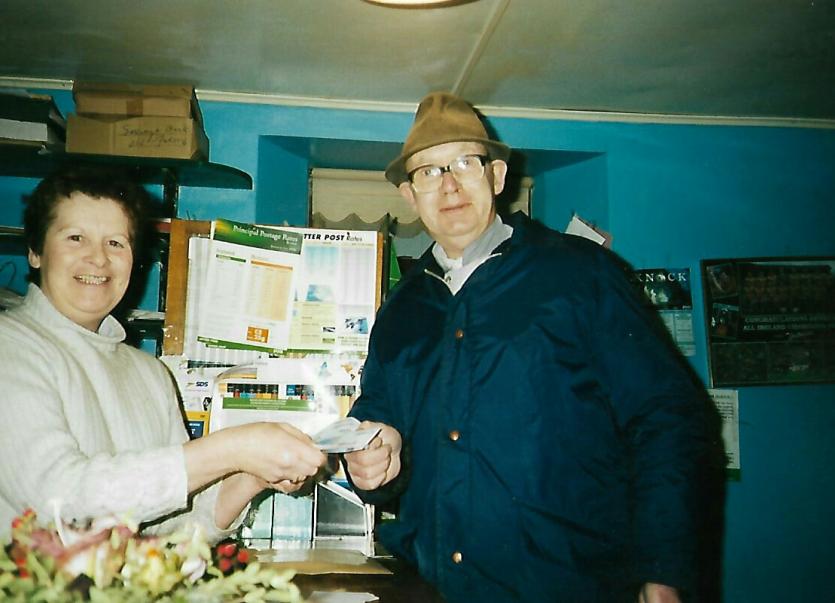 The Finnegan family in Rossnowlagh had big plans to mark the 125th anniversary of the Post Office which they run as part of their local shop.

Unfortunately, everything had to be put on hold due to the Covid-19 crisis, but they are not in the least disheartened. Instead, they are focusing their energy on what they do best - being there for their community and going the extra mile to help people through these difficult times.

Liam Finnegan who runs the post office with this wife Susan said: “We’ll just have to have the celebrations later in the year - we can mark 125 ½ years instead!”

At the moment, he is busy delivering shopping to elderly people and those most vulnerable to the coronavirus.

“People are worried and they are frightened,” he said. “But they are doing absolutely the right thing by staying in their homes and ringing us.

“We are happy to do anything we can to help. That could be bringing out groceries or it could be taking their bills to the post office for them. Some people get a bill in through the door and they become anxious if they can’t pay it. We are happy to help them out in any way they need.”

It is clear in talking to Mr Finnegan that he has never lost the sense of community that is a common thread throughout his family’s 125-year association with Rossnowlagh Post Office. 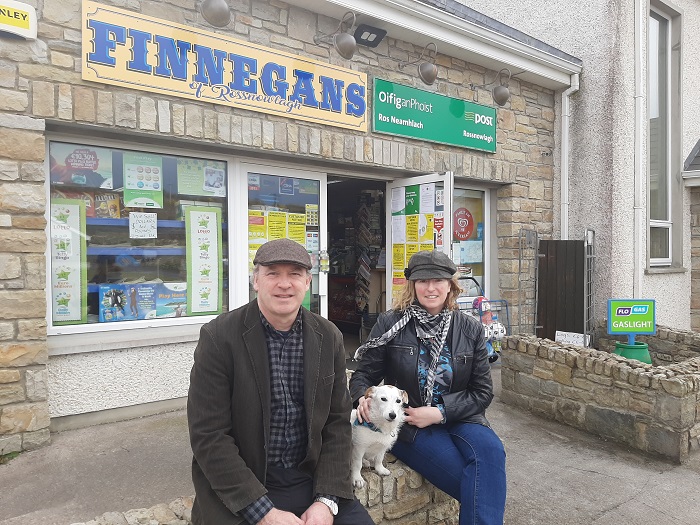 “I don’t see it as Finnegan’s shop or post office,” he said. “It is Rossnowlagh’s post office.

"Two years ago I was on the closures list. I didn’t take the package. I would have had to close the shop too.

“This service is very important to the people here.”

That community feeling is being reciprocated during the Covid-19 crisis. Not only are people not travelling to larger towns to shop, many feel safer and better looked after in smaller, local shops.

“The local support has been very good,” said Mr Finnegan.

He is encouraging people to keep using rural post offices, and any other local services which they value.

“The old mantra is true,” said Mr Finnegan. “Use us or lose us. It is only at times like this that we all realise how important small, local businesses are in communities.”

Post office services have evolved and become largely computerised over the years. Among the services offered nowadays are Social Welfare payments; Address Pal, bill pay services as well as banking with AIB and Ulster Bank.

“It suits a lot of people to do their banking with us rather than having to go into town to go to the bank,” he said.

People also like to avail of the Passport Express Service and many take advantage of the Western Union facility.

“You have people from Ireland and also people from abroad who want to send money,” said Mr Finnegan.

“All of this has increased our business, but it is still the same old post office.”

It was when he took over from his father Peader in 2004 that Liam and Susan moved to the current premises and brought in the computerised system.

The shop and post office also rely heavily on summer trade, for which the family are grateful.

“We are very glad to have the summer visitors,” said Mr Finnegan. “And they are happy that we are here too. They like to be able to pop in for their loaf of bread or newspaper.”

Indeed, Rossnowlagh is home from home for many visitors who have been spending their summers there for generations.

“I know some people who have been coming here for over 60 years,” said Mr Finnegan. “There are people who come into the shop that I know since I was a child, and they were coming here themselves as children with their grandparents.”

History of Rossnowlagh Post Office
The post office has been present in Rossnowlagh since 1852. After a spell in two different locations the contract came up for review in 1895 and was awarded to James Timoney.  His nephew Peter Finnegan from Derrylehan, Sligo had come to live with his uncle and his wife as a young boy to help out on the farm and attended Coolmore National School.

Peter and his wife Elizabeth (née Martin) took over the Post Office after James died in 1928 and were Post Masters until 1965.  They had six children who all did their time working the counter with sons James and Hugh spending most of their working lives with the P&T.

Their sister Eilish also spent time helping out in Cashelard Post Office which has since closed.

Peter and Elizabeth’s son Peadar and wife Maureen took over the operation in 1965 and ran it for almost 40 years. 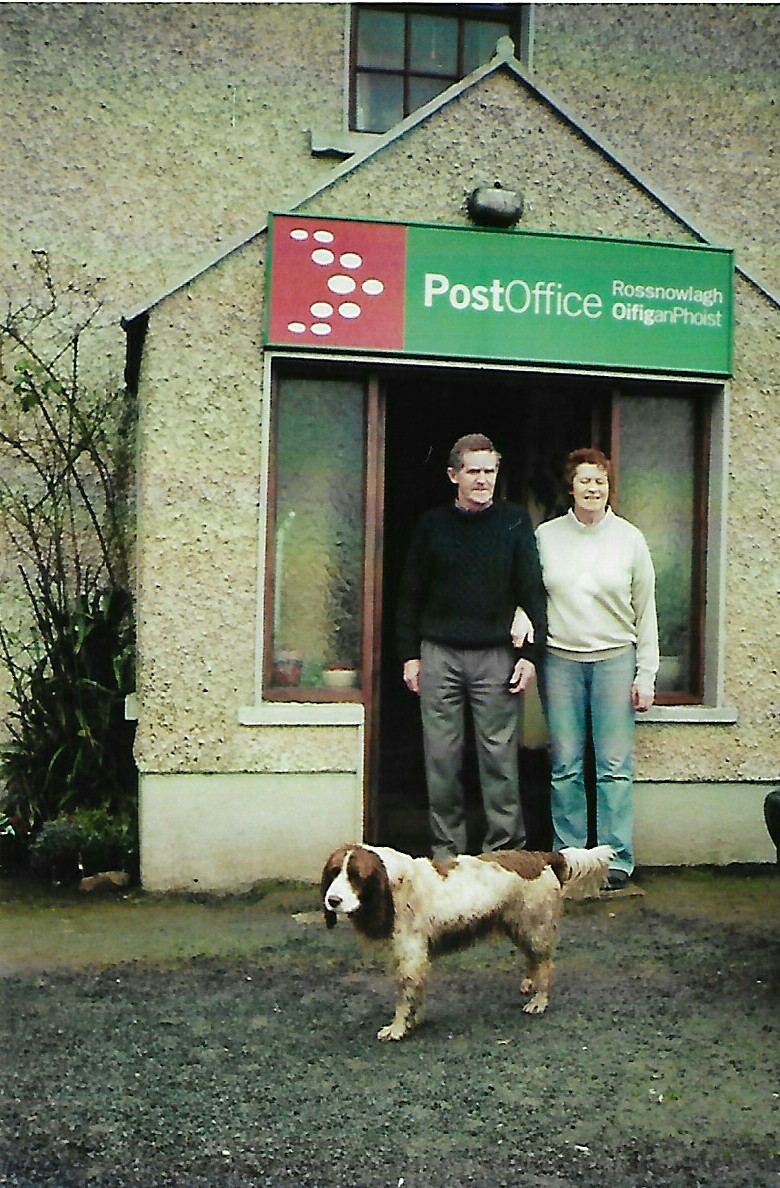 Peadar’s son Liam and wife Susan took over the post office in 2004 and moved it to its new location along with Finnegan’s Shop in Rossnowlagh.

The family have served the community of Rossnowlagh and surrounding areas for 125 years and have done so proudly.  The Post Office had the first telephone in the area and operated the telephone exchange up until Peadar and Maureen took over.

Telegraphs were also important for those who did not have a phone. As children all the Finnegans did their turn as telegraph boy/girl.

Mail was also sorted in the post office,  with postmen sorting it.

The train which stopped close by at Coolmore Halt was important as it delivered the mail. 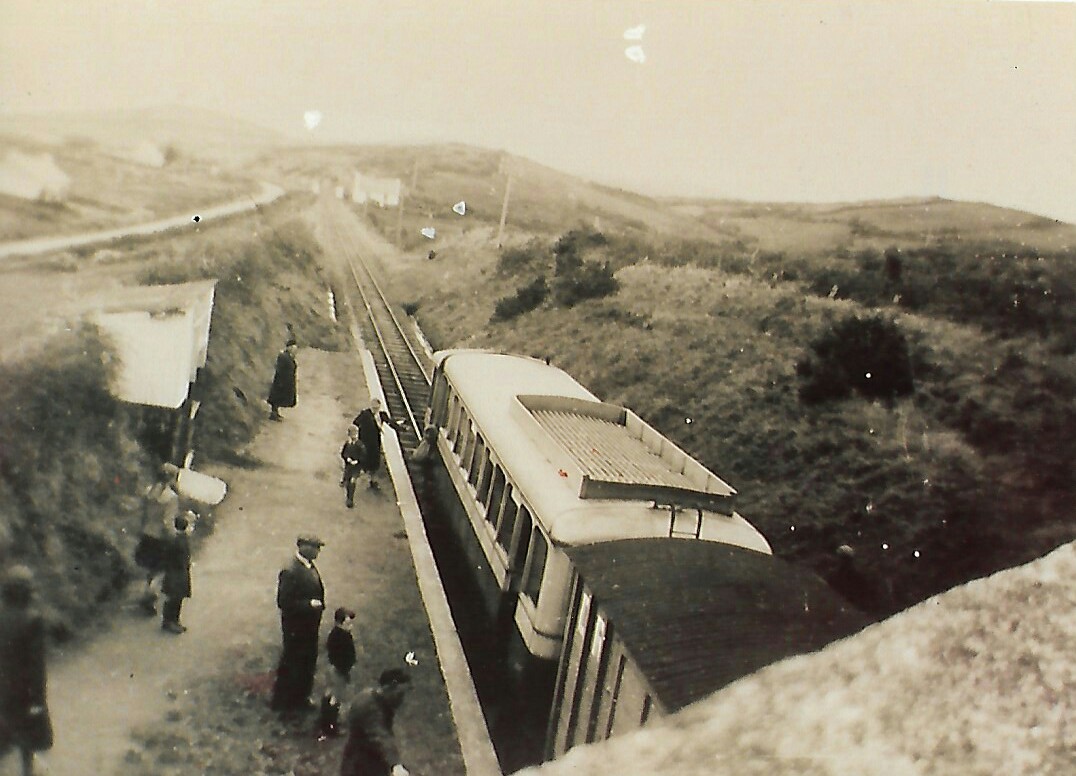 The post office has also been a great amenity for tourists over the years with thousands of postcards sent from this beautiful location and today a stop off for those travelling the Wild Atlantic Way and getting their WAW Passports stamped.

Today Rossnowlagh Post Office offers the full range of services and is a convenience used by many of the locals and tourists alike.

Long may it continue.