'Plenty of enthusiasm for season ahead', says Inishowen-based coach 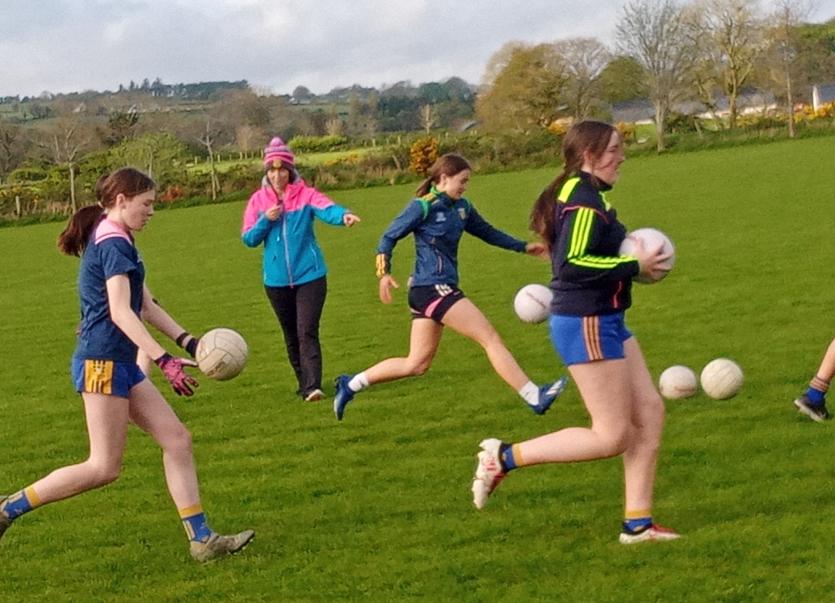 HAPPY: The Naomh Padraig U16 girls back training, under the watchful eye of coach Johanne McColgan.

A Donegal underage GAA coach has expressed delight at seeing young players back on the pitch following a lengthy hiatus.

The pitches of Inishowen-based club Naomh Padraig Uisce Chaoin, like all sports clubs across the county, have been buzzing with activity all week as underage players made a joyful return to training.

Naomh Padraig U16 girls mentor Johanne McColgan reunited with her players at the first training session on Monday evening in Ture.

She told Donegal Live: "No better sight could be had than to watch the girls do what they love by the water's edge. On any other evening, all eyes would be focused on the spectacular view of the River Foyle -  but not on Monday.

"It was with great joy, exuberance and excitement that the girls returned to training and the laughter could be heard ringing out all over the grounds of Naomh Padraig.

"Myself and Liam Skelly (coach) are delighted to return to coaching every bit as much as the girls are to returning to play. There's plenty of enthusiasm for the season ahead - however short it may be."