Oak Leafers will be desperate to avoid drop to Division 3A 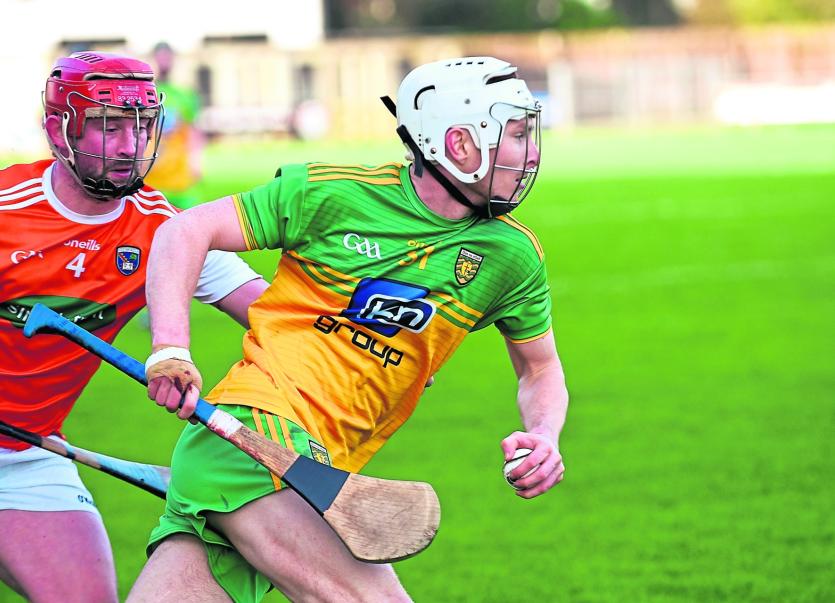 TOUGH: Jack O'Loughlin knows it will take a big performance from Donegal to get a result away to Derry.

Having lost their opening two matches to Kildare and Mayo, the Oak Leafers are sitting on zero points and staring relegation square in the face.

Donegal, with wins over Roscommon and Mayo, travel to Ballinascreen with their league status assured, but half-back O'Loughlin insists claiming a third league victory will be a tough task against a Christy Ring side desperate to avoid the drop.

He said: "Derry have no points so they will come out blazing for sure. Any time I've ever played them over the six years I've been involved with the county side, they have had fantastic players.

"I can't ever imagine a Derry team down in Division 3A. They won't want to leave it to their last game against Roscommon so they will definitely be bringing it to us on Sunday."

Buncrana man O'Loughlin would cherish a win over his neighbouring county having missed out when Donegal recorded a memorable victory over them in 2018.

"That was the year I was away in America," he said, "so I've never been in a side that has beaten them.
"It will be a tight game. If you look at the way all the leagues have been going this season, not many teams go to another team's home ground and get a win.

"I remember in 2019 we played them up in Owenbeg and we were ten points up at half-time, but they came back and beat us by two points. They have a great winning mentality."

Donegal head into the match full of confidence, however, following a morale-boosting victory over Mayo last time out.
And the fact they came out on top in that clash despite taking a hammering from Kildare the week before is, says O'Loughlin, the mark of a steely resolve that has gradually crept into the Donegal squad's psyche over the last few years.

"Mentality is the thing that has improved the most for us. The beating we took from Kildare, that would have really set us back in the past, but we had the mental strength to go out and get a result against Mayo.

"For me, the mental side of the game is crucial. We took our fair share of beatings down the years, but we learned from each one and we took those lessons into the next game."

Nevertheless, he admits the punishing defeat Donegal suffered at the hands of reigning Christy Ring champions Kildare was a reminder that they still have a long way to go yet.

"Kildare are a level above," he admitted. "They've a good couple of years of strength and conditioning behind them and it really shows.
"Ryan McLaughlin, from Buncrana, was our performance coach, and you could see the difference it made last year; we won the league and the Nickey Rackard.

"But he has gone down to the Kerry footballers this season and hasn't been replaced, I don't know if it's because the county board don't have enough money for a strength and conditioning coach or what.
"But whatever the reason, he is a loss. Physicality is such a big deal in today's game."

With their league status assured, Donegal will use the encounter as an opportunity to sharpen up ahead of their upcoming Nickey Rackard campaign, and long-point specialist O'Loughlin may just feature among the scorers.

"I've been doing man-marking jobs this year so I don't think I've scored yet.
"I haven't had the opportunity - but sure the boys up front are doing a great job on that score anyway."