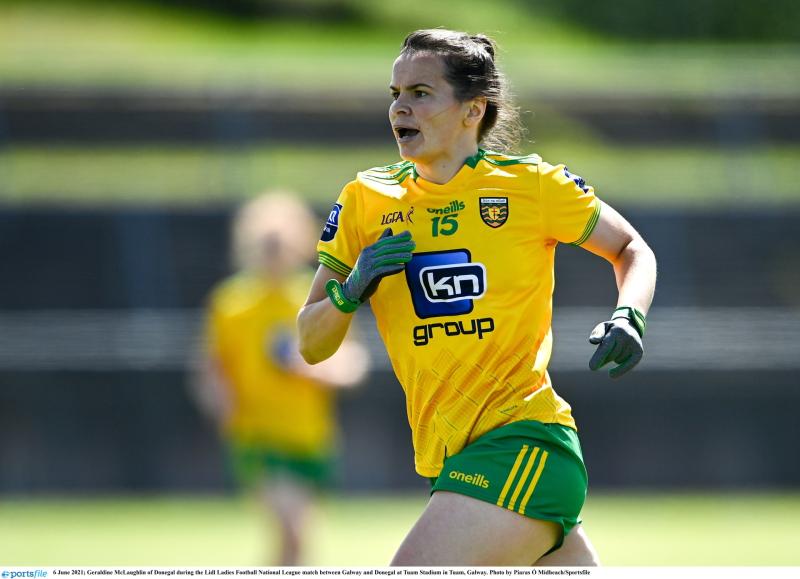 Geraldine McLaughlin today admitted she is considering her inter-county future with Donegal in the wake of the loss to Armagh in the Ulster final.

The Termon native was part of Maxi Curran’s side that lost 3-12 to 3-11 at Healy Park. Despite that result, McLaughlin was still named as player of the match following a personal haul of 1-10, which helped Donegal recover from nine points down in the first half to level at the three-quarter mark.

It was only the second time Donegal have lost in the provincial championship in seven seasons. They were Ulster champions in 2015 before completing a three-in-a-row between 2017 and 2019, whilst not taking part in last year’s competition. 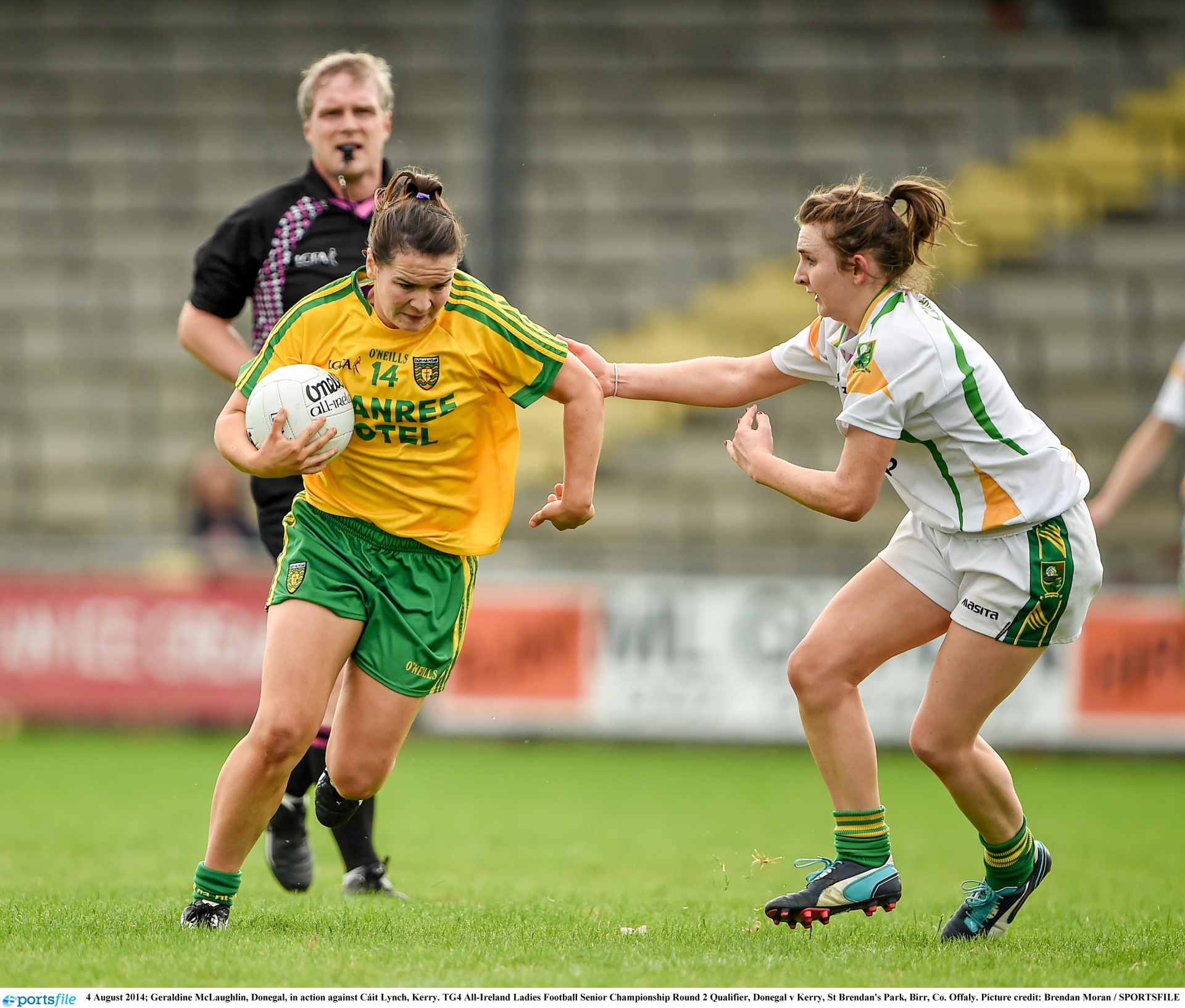 On a personal level, McLaughlin was top scorer in the All-Ireland championship three seasons in succession,  2017,  2018  and 2019, although bizarrely never picked up an All-Star award.

It was felt after Donegal’s exit of the TG4 All-Ireland Football Championship to Dublin on August Bank Holiday Monday in Carrick-on-Shannon the now detached Ulster championship would offer a chance to end the season on a high. However, it wasn’t to be and the 28-year-old was a disappointed figure afterwards.

“It might’ve been a nice way to end a career, maybe,” she said. “We’ll see now how the body and everything is. I suppose when you go every year, it’s the same story every year. It’s harder and harder to come back each year.

Donegal, without the injured Karen Guthrie, were 3-7 to 1-4 down late in the first half with Aimee Mackin goaling twice for Armagh but McLaughlin and a Katy Herron goal helped level it at 2-11 to 3-8. However, Armagh steadied themselves and won by the minimum.

“We were nine down at one stage and we came back to level - we knew we had it in the team,” McLaughlin saud. “We were all very calm at half-time, because we knew we hadn’t played and we were only five down. At the start of the second half we pushed on and we got level and probably then we should’ve pushed on but that’s the way it goes, especially against Armagh.

“If we had got ahead, then maybe we would’ve stayed ahead. The second water break probably came at the right time for Armagh. That’s the way it goes in those types of games, especially in the Ulster championship. We knew Armagh had it in them. They didn’t start the second half just like we didn’t start the first half. They had their purple patch early.”

McLaughlin will now return to her club colours, with Termon once again one of the favourites for the Donegal LGFA senior championship, which was won by Glenfin last year. Termon, in 2014, were All-Ireland club champions having defeated Cork’s Mourneabbey in Tuam on a 3-12 to 1-13 scoreline with McLaughlin scoring 3-8.