Pettigo: Up against it - but continuing the keep things going

In his weekly Donegal Post column, Gerry McLaughlin takes a look at what keeps Pettigo GAA club going all these years despite so many factors working against the border club 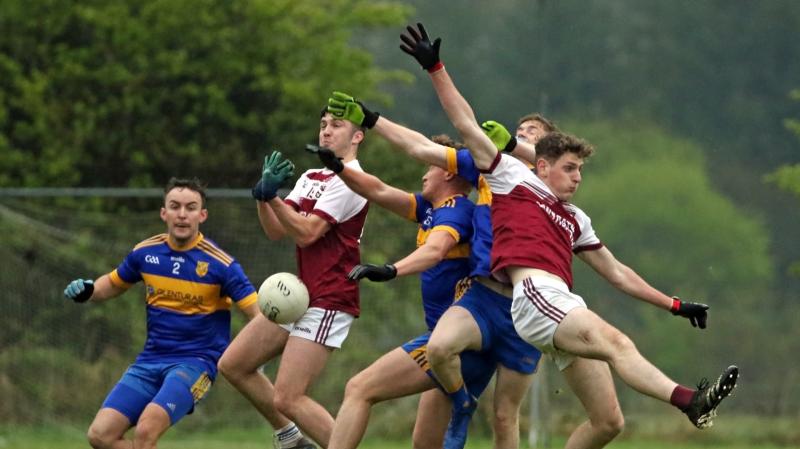 It is a sultry August evening in the tiny Donegal/Fermanagh border hamlet of Pettigo - a time when the earth flings out its fruit before dying in ice and big John Robinson is lining out the pitch, with old-fashioned lime mortar.

It is 5:30pm, an hour and a half before Pettigo takes on Moville in the Donegal Junior A Football Championship, and there is a perfect stillness.

The pitch is in a hollow below the village bounded on one side by a forest and the other by the local Primary School.

There is an almost sacramental silence broken only by the swish of a few low flying swallows, swooping and banking low over the pitch in the summer breeze.

John is joined by Tia McFarland, daughter of club chairman Colin McFarland, as they mark out the various lines from goalmouth to goalmouth. 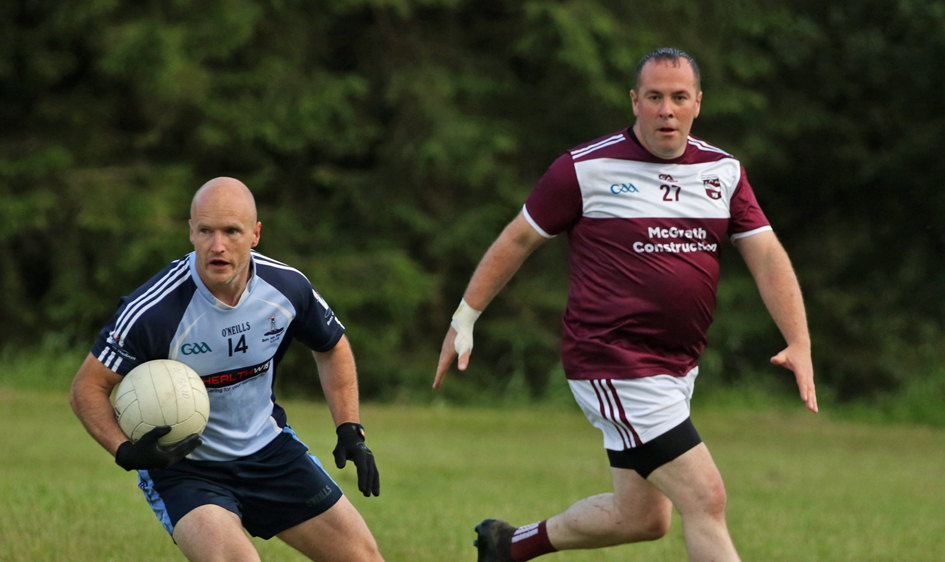 This is a million miles away from what some would term “Corporate Park” but is the real heart of the GAA, the volunteer spirit that always gives and never counts the cost. John’s two sons Paul and Sean will later line out in the maroon of Pettigo.

Unsurprisingly there is no ladies team in Pettigo and Tia has to drive 15 miles to play with Aodh Ruadh Ballyshannon.

Her father is Colin who still togs out as a sub at 51 and the ageless Aidy Britton is a starter at 40 while ex-player Pauric Colton does Trojan work with the underage teams.

The distinguished Belleek native Johnny Cunningham wrote a famous history of Pettigo with the very appropriate title “Up Against It”.

Pettigo lies tight to the Donegal border and the accent is a mix of Fermanagh, south Donegal with a smidgen of Tyrone which is just out the road.

And they have always struggled with numbers, it has been a constant battle to get a full team, but that challenge is stoically accepted by those who run the club over many years.

Lack of employment has meant severe emigration over the decades and some of their players are based in Dublin so it takes a lot of dedication to make the long trip for a JFC match in August.

The club had a great victory over Red Hugh’s in the Donegal JFC B final in 2018, coming back after being seven points down at a period which put them up into the JFC A category.

That was their first county title win since the era of the late great Tony McGrath back in 1953.

There was talk of building on this success, but loss of players has dashed that dream and club chairman Colin McFarland wants Donegal County Board to effectively re-graded Pettigo to a lower division.

Pettigo beat Robert Emmets and drew with Lifford and lost the rest of their matches in the 13-team Division 3 this year.

It must be very difficult to keep interest among players if they know that there is only going to be a slim chance of victory.  Some clubs might have folded - but not Pettigo.

They are GAA through and through and the whole village has turned out regularly to greet triumphant Donegal teams over many years.  But there was no gate at Saturday evening’s match - no point really.

The weekly lotto is the club’s virtually only source of income and they are very grateful to the generosity of Leonard McGrath for their fine new jerseys. McGrath lives in the States but has never forgotten where he is from.

Tradition also plays a part in the club’s continued survival as the late Tony McGrath-an icon of the 1940s and 1950s is revered as is the great giant PJ Flood who played for Donegal and Ulster in the 1960s.

The late Mickey Gallagher was also a fine footballer who played minor and U-21 for Donegal in the early 1980s.  And, for many years Pettigo ran a famous Sports Day with an even more famous Seven-A-Side tournament which attracted top teams from Donegal, Fermanagh and Tyrone. 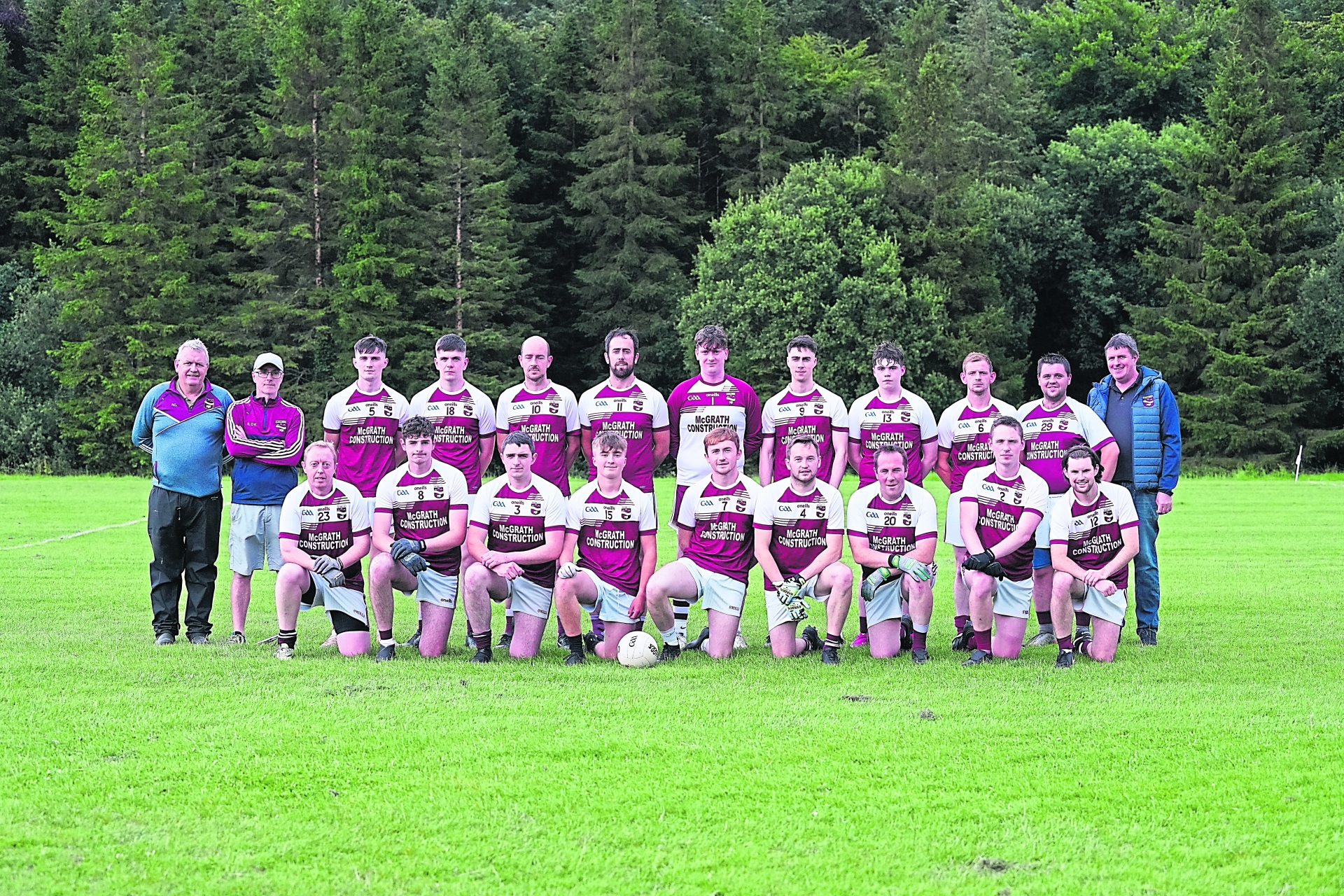 This writer played in a number of those tournaments and you were nearly always guaranteed a good shemozzle.  I can still remember a well-known Ederney GAA figure calling on our Erne Gaels club to help them as the fur flew in a match with another club.

But that day was very well organised and an example of a small club really punching above its weight.

Pettigo even had a hurling team for a period in the 1990-2001 under Roscommon native Tom Costello and they won the Donegal IHC in 2000 when they beat a fancied Aodh Ruadh side in the final.

Of course, their selection was cross -border but they had some handy dual player’s in Pippin and Stefan Newman and the McAndrew’s. Ken Newman, father of Pippin and Stefan, was a driving force in the club for many years.

And the name Britton has always been synonymous with the club with Pat Britton a useful player along with his cousin the late Tom Britton and Brendan Shallow was also a useful forward.

These days Paul Robinson, Kevin Kane, Jarlath Leonard and Johnny McManus are all key figures-the last three were not available last Saturday against Moville and were a big miss.

They gave Moville quite a battle in the first half but could not match the visitors' nous and greater fitness in the second half as the Inishowen side won out 2-16 to 1-9.

Ollie McCaughey, Sean Maher and Ciaran Barry are promising young players and they will be stronger when the aforementioned three absentees return.  But there is always the worry and the struggle to get enough players to travel to the other end of the county-surely Pettigo is a powerful argument on its own for a geographical league?

In the meantime, in the immortal words of John Robinson, a fierce Pettigo Gael: “You have to try and keep the thing going on”