Hugh McFadden sent off for the losers 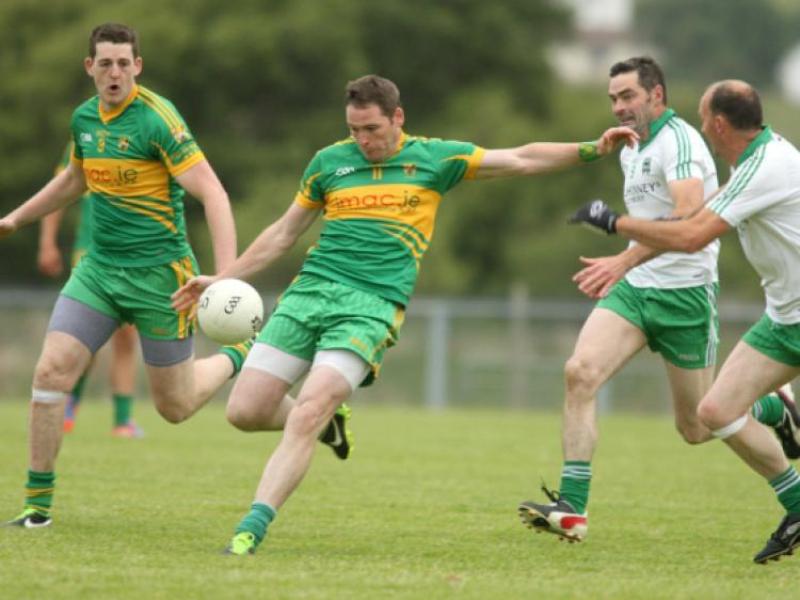 And, with his departure went any slim chance that plucky Killybegs had of gaining two valuable points.

Jittery Ardara were leading by 1-6 to 0-5 at the time of his departure.

And, seven minutes later Lorcan O’Donnell sealed this affair for the winners when he blasted home from point blank range.

Ardara deserved their victory but can thank experienced marksman Gareth Concarr who finished up with 1-5, Brendan Boyle and C J Molloy and J R Molloy for this victory.

Unfancied Killybegs played some clever short passing football into the breeze against a sluggish looking Ardara.

Ardara were first off the mark with a point from C J Molloy within 10 seconds, but they failed to score again until a well-finished goal from veteran poacher Gareth Concarr.

Concarr took a pass from Ryan Malley and soloed for 20 metres before burying the ball low to the Killybegs net in the 15th minute.

Killybegs would have been reasonable happy turning over with the breeze, but found a sharper Ardara in the third quarter.

And, there was just no way back after McFadden’s departure