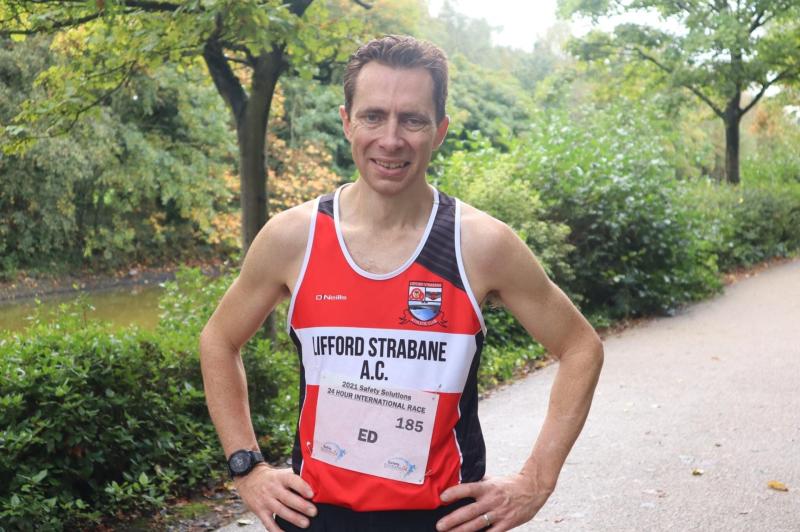 Ed McGroarty smashed a 12-year-old Irish record when winning the Belfast 24-Hour International at Victoria Park at the weekend.

The Lifford-AC man, the form competitor in Irish ultra running, became the Irish 24-hour champion when he clocked up 256.57 kilometres.

The Raphoe resident is the new record holder, beating Tom Maguire’s long-standing outside record of 248.392km, which was set in 2009.

An employee at Buncrana Community Hospital, Ed previously set a new Irish record at a 24 hour endurance race in Finland, the Espoo 24 Hour, when he completed 249.761km in February 2020.

Last October, he was the last Irish man standing at the Backyard Ultra World Championships, going 42 loops for a staggering 32 hours, 22 minutes and 26 seconds.