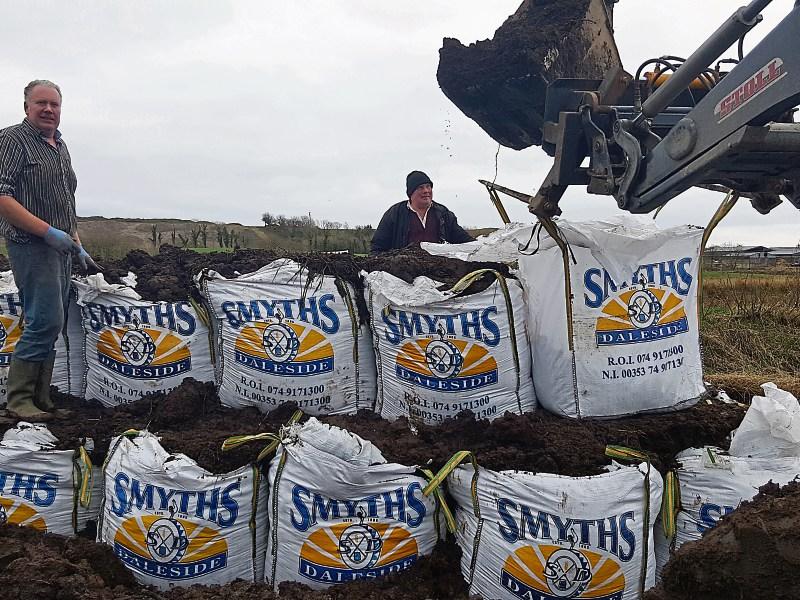 The recent spell of fine weather may have dimmed memories of the long winter of heavy rainfall but not for farmers and residents in the flooded areas of Murvagh, near Ballintra.

For many months, they' have endured the misery of looking out at lakes where once there were green fields.

These residents have been busy on numerous fronts over the past few months.

The recent dry spell has allowed repair work to be carried out on a 50 metre section of the river bank which collapsed during one of the many floods.

The repairs were carried out by John Leonard, a very competent and careful machine operator from Ballyshannon.

A spokesperson for the Flood Prevention Group, Geoffrey McClay, thanked those volunteers who helped with the repairs and in particular, Smyths’ Feeds, Ballindrait, Lifford, who helped out with the provision of 150 ton bags, which had to be filled with soil and then built into the river bank.

Other members of the group have been lobbying the County Council and politician , in the hope that funding may be provided from the OPW. Such funding would solve the problem once and for all and prevent the continuous flooding which has been occurring in this area for the past four years.

The community group which was set up in the aftermath of the floods will no doubt continue to work hard to achieve its goal of safeguarding the homes and farms in the area from flooding.

A spokesperson for Donegal County Council told the Democrat, “An Appropriate Assessment Screening Report is currently being commissioned for the proposed works at Murvagh. This has to be done before we make the submission to the OPW for funding.”