"No such thing as an overnight success" 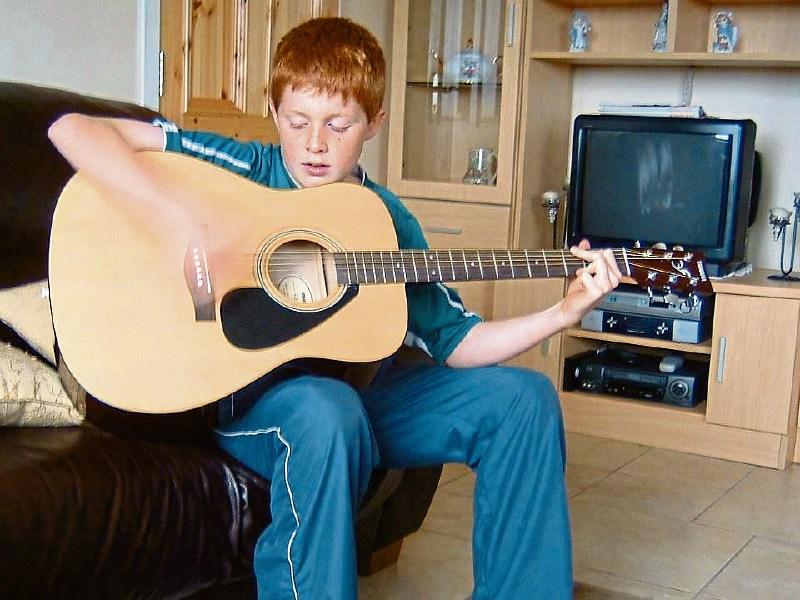 The last few weeks have proved a total roller coaster for one young Ballintra man – a rollercoaster that provided a lot more highs than lows as he achieved “overnight success” after working hard for more than ten years.

The last month has seen Ballintra’s Diarmaid McGee “bumping into” his now friend in high places Garth Brooks, sharing the airways with Bobby Bones and taking in all such legendary places like the Grand Old Opry and the Bluebird Cafe.

Diarmaid grew up in Ballintra just a few miles from Rossnowlagh’s famous beach, a place that was to have a major influence on his life  in later years.

His interest in music began at a very young age after getting a present of an old VHS tape of Garth Brooks “Live in Dublin” at the age of five from his parents Sean and Charlotte.

He said, “I can’t really remember getting the actual tape but I can remember going around singing all the songs throughout the day and of course, learning all the right moves.  Even at that early age I just knew I loved music – I didn’t know if I was any good or not, but that didn’t stop me.

“There was music in the family; my grandfather John used to play along with John Greene and a lot of people were encouraging them to go professional but they just stuck to the local pubs and sing songs – I can always remember their signature tune “She wears my ring”.

At Colaiste Colmchille in Ballyshannon I did take part in some of the musicals – Oklahoma, South Pacific, High School Musical but I also had been working out in the Sandhouse hotel and the bar manager at the time Brendan Ward kept at me to sing. I always had the guitar with me so I became a sort of singing waiter/night porter – it was a great way of keeping everybody under control in the late hours – I’m not sure if Paul Diver was too happy with the amount of hoovering etc., but at least he had happy customers.”

Diarmaid’s eight years in the Sandhouse helped pay for his education in UCD where he received a business degree with an emphasis in Spanish.

“I suppose you could put it this way – it paid for the social side of my education,” he joked. “It was during that time that I first met Garth Brooks – I had heard a rumour that he was coming over to check out Croke Park “on the quiet” for the gigs that we all now know didn’t happen. I waited outside for seven hours and out he came and we just chatted away. Of course when the gigs were announced I just bought tickets for all the shows.”

Diarmaid took his ERasmus year from College and  went off to Madrid in the hope of finding some gigs but it just didn’t work out. “A totally different culture in the city, no singing pubs, much more a café society,” he said “To be honest I just enjoyed the holiday.”

Four days after he got his degree Diarmaid was on the big green bird once again heading back to upstate New York in the Hamptons.

He recalled “I didn’t know a person, I was totally solo surrounded by Porsches, Ferraris, Aston Martins, Hummers and me on my bike. It was back to waiting on tables again (thank God for the Sandhouse!)  but luck and being in the right place at the right time reared it’s head once again.

“I was walking down the Bronx, rucksack on my back and the guitar hanging out of it when a car just screeched to a halt beside me. This lady hopped out and seeing my red hair and guitar had just two questions for me. “Are you Irish?” and “Can you sing and play that thing?” – it really was that random.

“I ended up playing before 10,000 people with this Irish group in Madison Square Gardens and as a result got quite a few gigs which provided the money for me to take in a Broadway show every night I was off.”

This year Diarmaid finally realised his dream to go on a long holiday to Nashville with his Aunt Caroline who also is a mad country/rock fan.

“Caroline lives in Spain and the whole thing was really just supposed to be a holiday,” he said. “We did all the touristy things; visited the Grand Old Opry, took in the Vince Gill show, I even got to sing one of my own compositions in the Bluebird Cafe which is the Mecca for singer songwriters,

Continuing he said, “The luck of the Irish kicks in again when the next day in the Hall of Fame, Garth drops in with his entourage. Of course I was very quick to remind him of our previous meeting in Dublin and I was flabbergasted when he actually did remember. It must be something to do with the red hair!

“We chatted for quite a bit and I found him to be a very warm and sincere person - he offered a lot of encouragement to me.”

He added, “The next day yet another coincidence. Here I am in the Post Office chatting away (as Irish people do) to the postmaster and he points out this girl who he told me was the producer of the Bobby Bones Show. For those not familliar with Bobby Bones well he would be what Gay Byrne would have been to Ireland years ago – his programmes are listened to in every home in America.”

What happened next has been well documented in this paper – the 23 year old Ballintra man sang Eric Church’s “Like a wrecking ball” live on the show, it was recorded on YouTube and instantly went viral attracting over 300,000 views in the first view days.

What next for Diarmaid ?

“I have just made so many contacts out there. I genuinely believe that I can make a future out there. There is no such thing as being an overnight success – it’s all about hard graft, getting your name about, playing the small clubs etc., – it’s also about self belief and gratitude.

“A lot of people have helped me and encouraged me along this journey; my parents have been totally supportive as have all my friends, I just hope I can live up to their expectations.”

I would have no doubt that he will realise his dreams – he can sing, he is versatile, a great but humble personality but most importantly he has a passion for what he does.

Left, Diarmaid in guitar heaven, main photo and inset, as a young lad in Ballintra, always with a guitar close by.