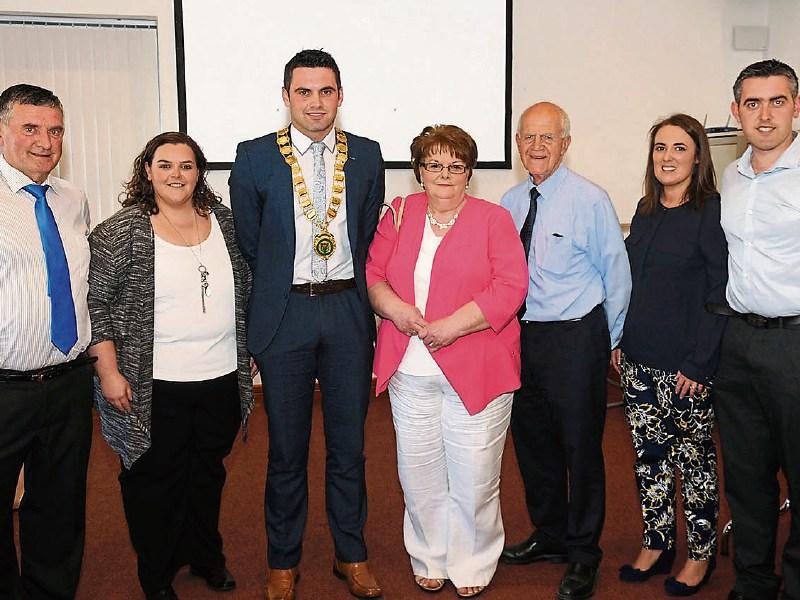 He was elected cathaoirleach at the annual general meeting of the municipal district on Tuesday.

The position of leas-chathaoirleach was taken by Cllr. Ciaran Brogan after his nomination of party colleague Cllr. Liam Blaney was declined by the Fanad councillor.

Cllr. Blaney told the meeting he had informed Cllr. Brogan that he did not want his name to go forward, and said he was withdrawing the nomination.

He said he was “proud and privileged to get this honour”.

He thanked Cllr. Brogan for the nomination, saying he has been very good to him since he came on to the council.

“Words cannot describe how chuffed I am to be in this position here today,” he said.

Referring to Cllr. McMonagle’s tenure as mayor, the new cathaoirleach said he has “big boots to fill”.

“If I can do anywhere near as good a job as you and Michael McBride before me, I will be very happy. It’s a big honour for me and I will try to represent us to the best of my ability.”

Cllr. McDaid, who was joined in the council chamber in Milford public services centre by family members, was congratulated by other councillors on his election.

Cllr. Brogan said he was sure the former Glenswilly footballer, who captained his club to the county championship in 2013, would bring as much determination to the position as he did to the football field.

“This is a big day for him and he  has grown into world of politics in the last two years,” he said.

Cllr. McMonagle said Cllr. McDaid richly deserved the position for the commitment and proactive attitude he has brought to the council.

Cllr. McMonagle thanked members and council officials for their support during his year as mayor, and councillors and the council's director of services Liam Ward, paid tribute to him.

Cllr. Blaney said the outgoing mayor “had been a pleasure to work with” and he acknowledged the fair manner in which he dealt with the meetings.

“You played a blinder in the municipal district in the last year,” he said.