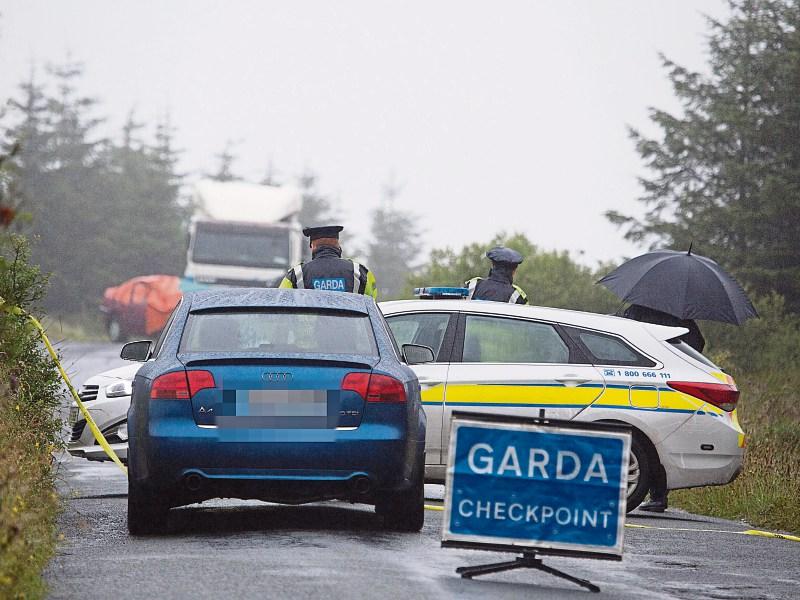 The scene of the tragic collision on a forest road outside Letterkenny where three young people lost their lives. (North West Newspix)

Gardaí are appealing for information following a devastating road traffic collision on a minor road between Drumkeen and Letterkenny last night where three young people, two males and a female, lost their lives.

One man involved in the crash survived and was taken to Letterkenny University Hospital.

Gardaí were alerted at to the incident at the townland of Stralongford by a passing lorry driver who came on the scene just before 1am.

It involved a red Toyota Carina and blue Peugeot 306 that collided head-on on the rural road.

Garda Inspector Michael Harrison said they urgently require the public's help in finding out what happened.

“We appeal to the young people of Letterkenny and Ballybofey to please tell us what they know about these two vehicles,” he stated on Highland Radio.

The road at Stralongford remains closed as gardaí carry out forensic investigations.

This latest accident brings the total of dead on Donegal roads to five within a 24 hour period.

Yesterday morning Dermot Boyle, 19, and Barney McGinley, 28 both died at the scene of a head on collision with a delivery van..

The two were the sole occupants of a grey Mitsubishi Carisma hatchback that was involved in a head-on collision with a yellow Renault van on the inbound dual carriageway at Trimragh, Letterkenny.

The van driver, a male aged 40, was taken by ambulance to Letterkenny University Hospital, where he's being treated for his injuries.

The Garda Síochána Ombudsman Commission said it is investigating the crash after reports that there had been “some interaction between gardaí and the vehicle” in which the two young men were travelling prior to the collision.

The crash occurred in the inbound lane of the Letterkenny dual carriageway.