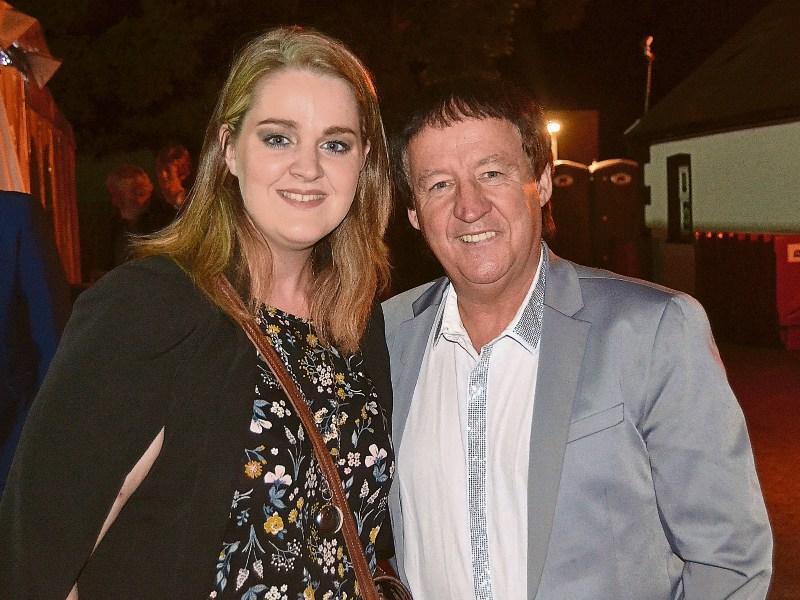 The Marquee in Cashelard was indeed a very appropriate name for a festival which the singer from Edgwardstown, Declan Nerney made famous in Drumlish many years ago.

Now in it's second year the festival enjoyed great success with a non stop programme of events throughout the whole Bank Holiday.

The South West of the county was indeed a hive of activity over the Bank Holiday with Mary from Dungloe, The Glencolmcille Show, The Ballyshannon Folk Festival and many other events taking place. However, in spite of all the competition it did not affect the attendances at this popular annual event.

For many years Declan Nerney has been one of the most popular entertainers on the country circuit and in spite of the phenomenal success of the likes of Nathan Carter and Derek Ryan, the Longford man still commands a big following and by 10.00 pm had the large Marquee at Whoriskey's Travellers' Rest packed with jivers.

Saturday night featured a wealth of country artists for the Fonsie Bogle Memorial Night. Fonsie was one of the most established country artists on the local music scene but regrettably passed away suddenly after a short in September 2013.

The late Fonsie and his great friend Frankie McKiernan had earlier collaborated in a joint recording and the formal trelease called the “Irish Colleen“ was celebrated on the Saturday night. Farah Bogle told the Democrat, “My Dad and Frankie had been working on this prior to his death and it is great to see it now in CD format. All the proceeds from the CD going to the Donegal Cancer Bus which is really a very worthwhile cause.”

Music on the night was provided by the 5 - piece band “Inside Out” and later by Farah herself and a host of special guests.

Indeed Brendan Whorriskey and Farrah ensured that nobody left Cashelard hungry with a large pig on the spit carved and served to all the guests.

The entertainment continued well into Sunday with a strong emphasis on children's activities for the afternoon. The Breesey Center hosted a family Fun Day all day on Sunday with a wealth of activities for all the children and a monster BBQ which ensured that all the children and adults were well looked after. There was live music throughout the day and later in the evening the Inch Ramblers entertained the large crowds in the Marquee.

Farrah told the Democrat , “The weekend was really a great success and with all the proceeds going to the Donegal Cancer Bus. “This service to Galway provides an essential service to cancer sufferers in Donegal and has now been running for over four years.

“The bus is sustained through donations and fundraising activities like this. Regrettably no funding is provided by official bodies and that is why these events are so essential. I really would like to thank everybody who supported us.”