US political commentator Chris Matthews to receive award this evening 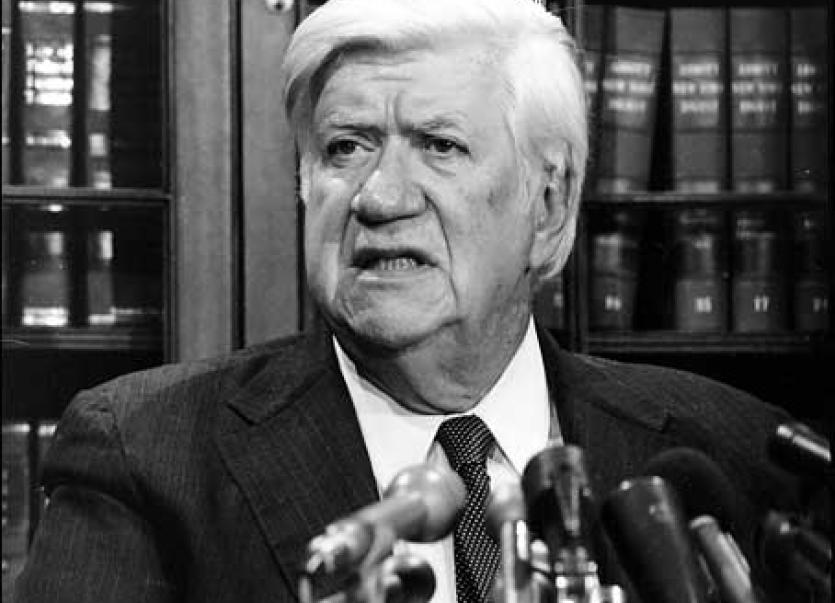 The Tip O’Neill Irish Diaspora Award was initiated in 2012 in memory of the late Tip O'Neill whose maternal grandparents were from Buncrana and Clonmany.

US political commentator Chris Matthews will receive this year’s Tip O’Neill Irish Diaspora Award at a gala ceremony tonight in the Inishowen Gateway Hotel in Buncrana.

The Tip O’Neill Irish Diaspora Award was initiated in 2012 on the centenary of the birth of Thomas P. Tip O’Neill, former speaker of the US House of Representatives. Tip O’Neill, whose maternal grandparents were from Buncrana and Clonmany, served as House Speaker from 1977 until 1987.

The Tip O‘Neill award is presented each year to a member of the Irish Diaspora in recognition of achievements in their field and their interest in, and support for Ireland and its diaspora.

This year’s recipient, Mr Matthews, is proud of his Irish heritage. His maternal grandfather was Charles Patrick Shields, whose grandparents emigrated to Philadelphia from Donegal in the mid 1860s.

Mr Matthews said his mother’s father, Charles Patrick Shields, “was the local democratic committee man in Philadelphia and I loved the guy, we talked politics all the time”.

Receiving this award is particularly emotional for Mr Matthews, who served Tip O’Neill for about six years.

“He brought me aboard as his aide, which was the top title back then. It was the time in which he was going head-to-head politically with the newly inaugurated President Ronald Reagan,” he said.

“It was a challenging time for him as he, the classic American liberal, was facing a popular conservative Republican president. I am proud of being part of his leadership and witnessing his courage and generosity during those years,” he said.

Cllr. Nicholas Crossan, chair of the Tip O’Neill Irish Diaspora Award committee, said the annual award has become a key event in the Donegal calendar and called it, “a fitting tribute to one of Donegal’s most famous sons,” he said.

Donegal County Council Cathaoirleach Cllr. Terence Slowey said Mr Matthews was a well-deserving recipient. Mr Matthews has been awarded 34 honorary degrees, and also received the John F. Kennedy medal from The Ancient Order of Hibernians. He was inducted into the Irish American Hall of Fame in 2014.

“His faith in electoral politics and in the value of democracy and how it can best serve the people are a quality that I admire greatly,” the council cathaoirleach said.